The Business of Funding Terrorism Threats 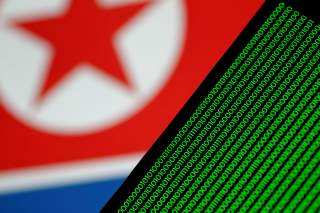 There’s a house on Harley Street in London—a street best known for its tony doctors—that reportedly houses 2,159 companies. Tight quarters, you might think, but these are shell companies, and Harley Street is an address of convenience, similar to thousands, probably millions more around the world. This gaping regulatory loophole is facilitating crime, corruption, terrorism and dictatorship. It’s time to fix it.

Any U.S. citizen can form a limited liability corporation (LLC) in America with less information than is required to obtain a driver’s license or to buy a gun. A recent study found that it is generally easier to form a company than it is to obtain a library card. Technology accelerates the process. For around $100, anyone in the world can go online and set up an LLC in the United States. With a little help from less than scrupulous lawyers, realtors, or accountants—and possibly a connection to another offshore jurisdiction—you can ensure that nobody will ever find out who owns it.

Two million such companies are created in the United States every year. States regulate the formation process, and limited liability corporations (LLCs) are free to move and store cash, services, and goods in America. The anonymous shell company—which has no identifiable owner and exists only to hold or transfer value—lurks beneath many of America’s mounting problems. The opioid crisis? Shell companies are used to mask the shipping and distribution of fentanyl, which is mostly manufactured in China. Election interference? Russia used shell companies to funnel money and information to the Internet Research Agency, which fed the trolls involved in nefarious internet political influence schemes. Terrorism? LLC anonymity is key to the successful funneling of money and information for these groups.

Whatever bad actors do to obtain cash, once they have it they can create long chains of ownership to obscure responsibility. The ease with which cash can be moved and stored through anonymous companies has turned the lower forty-eight states into a massive “onshore-offshore” secrecy haven. This mechanism allows dictators, terrorists, and criminals to amass stolen wealth, hide it in plain sight, and prolong their campaigns of violence and oppression. And costs imposed by anonymous shell companies are more than just the costs of doing business. The de facto legalization of opaque legal entities with no obvious owner facilitates dangerous risk-taking behavior.

While anonymity in business incorporation sometimes indicates political corruption or fraud, shell companies are money laundering packhorses used in everything from sanctions evasion to terrorism. Shell companies are “Made in the USA” mules for organized crime and traffickers of any variety. They play a central role in the authoritarian-corruption nexus tearing at the fabric of freedom worldwide. Venezuela’s former national treasurer, Alejandro Andrade Cedeno, funneled much of the $1 billion in bribes he took through U.S.-incorporated shell companies while hyperinflating the Venezuelan currency. Former Ukrainian prime minister Pavlo Lazarenko also turned to the United States to hide his ill-gotten gains. Ditto Teodoro Nguema Obiang Mangue, scion of Equatorial Guinea’s ruling family. Shell companies have even facilitated money going to the Taliban.

Corruption is the oil that greases the wheels for all flavors of authoritarianism and lawlessness. Certainly, there are multiple factors in the steady creep of authoritarian government and the relative decline in democratic rule: Institutional decay and norm erosion are among the causes. But one common pillar from China, Iran, and Venezuela to Hungary and Turkey is the rise of the kleptocrat. Illicit trade, money laundering, and anonymous shell companies facilitate the corruption that is slowly killing freedom.

To deal with the threat, a paradigm shift is necessary. This is not the Cold War. Thinking about it as such will do more harm than good. Communist dictators were regularly taken out and replaced with pro-U.S. dictators during the Cold War. Historically, the majority of regime transitions are dictatorship to new dictatorship, not democratization. But modern dictators now have networks of global corruption that keep them in power. Without a clear strategy for combating globalized corruption, democracies will continue to circle the drain, morally and strategically.

Sanctions and blunt force alone are insufficient for protecting liberty. Corruption spreads like an institutional disease. Patient zero is the authoritarian form of governance. But the cure is not to kill the patient. The antibody is transparency. This is why financial institutions, corporate transparency advocates, national-security experts, and human-rights groups have come to collectively support beneficial ownership—the disclosure of the named beneficiary of an asset.

Congress is now considering The Corporate Transparency Act of 2019. This bill is seen by many as the opening volley in a clash between democratic capitalism and authoritarian corruption. The legislation requires those with ultimate control of a company to register and update information on who and what they are for the Financial Crimes Enforcement Network (FinCEN), one of the investigative arms of the U.S. Treasury Department. Banks are currently required by Treasury’s Customer Due Diligence rule to collect this basic information on bank account holders, yet no such rule exists for the millions of companies formed in the United States every year. This loophole complicates the efforts of financial institutions who try to counter terrorist financing and money laundering.

Transparency can dismantle the nexus of authoritarianism, corruption, and terrorism that has come to threaten freedom in the world, but for it to work as the asymmetrical tool that it is, privacy rights must be preserved. Transparency without privacy will breed a new set of problems. How? Consider that offshore havens and bank secrecy have often had strategic purposes in their offer of privacy. They allowed Jews fleeing the Nazis to hide their assets before bringing them to the American rule of law system. They did the same for Iranians leaving Iran after the 1979 Islamic Revolution, and for many others. Today the system performs the same services for wealthy Chinese stashing their money away from an increasingly powerful CCP, for Venezuelan generals seeking to defect, and for Russian oligarchs tired of Putin’s grasp.

But anonymity and privacy are two very different things. For example, in 2017 the Iranian government used shell companies to purchase a Manhattan skyscraper, using the rental income to evade sanctions and purchase more property in Maryland, California, and Texas. Many people saw and participated in the process but didn’t know that the ayatollahs were behind it. It took nearly ten years of investigations and trials to uncover the scheme. Viktor Bout, the notorious arms dealer known as the “Merchant of Death,” used a global network of shell companies to traffic weapons to conflict zones, at least twelve of which were apparently incorporated in Delaware, Texas, and Florida. The story was so good, Hollywood made a movie about it. Anonymous actors don’t mind their actions being seen, but they don’t want the law to know it’s them.

Privacy, on the other hand, is what people desire when they want to keep things to themselves or a small group of people. For example, a business owner that provides a politically controversial product or service may not want to advertise his or her ownership to the world. Many innocents escaping tyranny seek privacy to move their holdings, large and small. Those in search of such havens want to keep that information to themselves, their customers or families, and the relevant authorities. If beneficial ownership registries are made public, as many insist is the ultimate goal (and is the case in the UK), and are denied the same strict privacy rights that we afford to bank account holders, the risks are considerable. Consider what might happen if highly trained activists are able to use their data management skills to pinpoint the identities of all U.S. company owners that serve specific minority or business communities? Or if Putin or the Chinese Communist Party could use such registries to hunt and harass exiles and dissidents?

For the Corporate Transparency Act of 2019 to work in countering authoritarianism, America must be certain that beneficial ownership registries will never be made public, lest people exploit the information for their own advocacy agendas, or worse, authoritarian enemies use it in increasingly sophisticated personal attacks, cyberattacks, and disinformation campaigns. Privacy rights must be strictly upheld while dismantling pathways to anonymity.

Increasingly, policymakers in Washington wrestle with questions about how the United States can counter a resurgent authoritarianism. Reorienting foreign policy towards a battle against kleptocracy and corruption—the commonalities among the world’s diverse dictatorships—requires accepting that privacy and anonymity are not synonymous. In the United States, democracy and capitalism form a symbiotic relationship, transparency and privacy are its glue.

The authoritarian-corruption nexus cannot be allowed to continue growing untrammeled. A beneficial ownership registry is a much-needed tool to protect the United States and allow Americans to protect themselves. It will allow financial institutions to more effectively root out the proceeds of corruption and criminality. It can serve as an example to allies, and a beacon for people suffering under authoritarian corruption. It can be the first salvo in a generational battle against the spread of tyranny. There’s no reason on earth the United States should continue to serve as a safe haven for dirty drugs, dirty money and dirty kleptocrats. Plenty of the work ahead will be hard; this is easy.