A Call for Realism in Europe 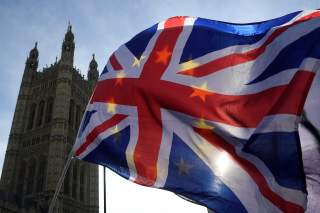 President Donald Trump’s abrogation of the Iran agreement indicates again that progressive Europe is increasingly less relevant to the world. At the same time, the world of power politics has an increasing influence upon Europe. Originally, Realpolitiker Konrad Adenauer and Charles de Gaulle wanted to build Europe as a power bloc that could eventually even resist a rising China. However, the generation of May 1968 rejected such “reactionary” thinking, and thus planted the seeds of contemporary populism. As European societies lose control over their own fate, the guardians of the European project lose their legitimacy.

Strategic thought in Europe is underdeveloped. Hard power and military force remain beyond the scope of many Europeans. That is a problem because the extent to which Europeans can understand the world determines the extent to which they can exert influence. The United States are in a relative decline and there is no guarantee that Washington will protect Europe against the rise of China, the threat from Russia, and/or the instability from the Middle East. Europe will have to stand upon its own feet and take responsibility for its own fate. Doing so not only requires significant investment in military resources, but also a renaissance of European realist thought.

Since the World War II, the United States has continuously invested in the development of American realist thought. That realism became a balance against America’s traditional internationalist idealism. Initially the Pentagon took the initiative. During the 1940s, the U.S. military leadership understood that America’s new, global responsibilities demanded a profound and realistic understanding of geopolitics and international security. The traditional American belief in human goodness seemed naïve when confronted with Hitler’s and Stalin’s totalitarian barbarism.

Remarkably, American realist thought was initially mostly shaped by European immigrants. Among those were the Dutch Nicholas Spykman, the German Hans Morgenthau and Henry Kissinger, the Polish Zbigniew Brzezinski, the Austrian Hubert Strausz-Hupé, and the Rumanian-Italian Edward Luttwak—all worth reading! These Europeans taught the Americans to perceive the world in terms of political power and military force. Cold War national-security policy was significantly informed by their realism.

The tradition continues. Europeans who study power politics and strategy meet each other mostly at Harvard, Yale, and Stanford, but much less at European universities. Nowadays, Europeans cross the Atlantic to learn from American institutions.

Since the 1940s, realist thought could continuously and freely develop at American universities and think tanks. Besides funding from the Pentagon and the State Department, private donations provided the financial fundament of that intellectual infrastructure. The knowledge networks are impressive. Scholars from universities and think tanks can spend a few years in a relevant policy positions and then return to their academic career.

The European situation stands in sharp contrast with the American practice. After the Second World War, conservative leaders like Konrad Adenauer and Charles de Gaulle achieved the European ideal of reconciliation and integration thanks to their somber historical realism. But in May 1968, the young, postwar generation clashed with the “old fashioned”—if not “reactionary”—European leaders. Subsequently, a deeply rooted societal rejection of power politics and military action evolved in Europe.

As long as the American military and nuclear force protected Europe from international conflict, Europeans could largely ignore geopolitics and strategy. The sobering historical awareness of the long, bloody European history eroded. Progressive European universities promoted ever more abstract and theoretical analyses of international conflict. Among academics, policy relevance was even looked down upon for a long time.

The current European elites are strongly shaped by progressive ideals. Most European leaders still prefer to ignore the hard, geopolitical analyses, which discomfort them. The European disinterest in military expenditure seems a side effect of the relatively limited societal knowledge of security policy. London and Paris are the exception, but the most influential geopolitical and military-strategic insights still emanate from Washington DC.

Lacking historical realism, Europe becomes increasingly less relevant to the United States. While European leaders often listen to American strategic thinkers for explanations of world politics, a growing disinterest in European affairs is noticeable at American universities and think tanks. The future of the Atlantic alliance is at stake in the absence of a like-minded Euro-American dialogue.

If Europe wants to secure its fate, it will have to balance European idealism with a renewed realism. Europeans should rediscover their own form of realpolitik and strategic analysis. The long European history provides an important point of departure. Europe can learn a lot from how independent strategic thinking is encouraged in the United States.

Elmar Hellendoorn is a post–doctoral fellow in the International Security Program of Harvard Kennedy School’s Belfer Center for Science and International Affairs.