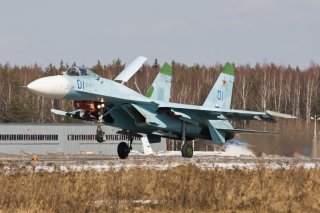 Yet another puzzle is this: although both the Ukrainians and Russians have expressed some optimism about the peace talks, on March 17. Secretary of State Antony Blinken dismissed the notion that a peace settlement can be reached. As he said, “The actions we’re seeing Russia take every single day, virtually every minute of every day, are in contrast to any serious effort to end the war.” Every day the war continues, more Ukrainian civilians are killed, and the destruction of Ukraine’s cities continues. One might think that—given that the two belligerents are talking—the United States would publicly support those peace talks rather than, as the Financial Times described it, pouring cold water on them.

There are still more puzzles. Why, for example, are Biden (and vice-president Kamala Harris and Blinken) demonizing Putin as a “war criminal?” Indeed, Biden, in a St. Patrick’s Day speech, turned up the rhetorical heat even higher by calling Putin a “murderous dictator.” This personalizes the conflict, which will make it more difficult to resolve. Russia may have—as the administration said during the run-up to war—a geopolitical play book. But so does the U.S. And Washington’s go-to play call is demonizing the opponent, and turning the conflict into a moral crusade. Indeed, since taking office Biden’s approach to foreign policy has been to characterize international politics as a contest between autocracies versus democracies. As Biden put it in his St. Patrick’s Day address, “I think we’re in a genuine struggle between autocracies and democracies, and whether or not democracies can be sustained.” This hyperbolic language is strikingly reminiscent of NSC-68, the document that transformed the post-World War II U.S.-Soviet relationship into a zero-sum, virulent ideological conflict. Mentally, Biden and the American foreign policy establishment, are still mired in a Cold War mindset. This kind of talk we are hearing from Biden (and others) may indulge the liberal internationalist need for virtue signaling, but it complicates the task of ending war through negotiations. Diplomacy requires give and take, an ability to understand the other side’s interests and motives, and an ability to make judicious compromises. Once the adversary is characterized as the epitome of evil, however, that all goes out the window.

This takes us to a final puzzle. Given the Biden administration’s characterization of the conflict—and Putin—if a peace accord is reached, how it will walk back this reckless talk and explain Washington’s approval of the settlement? This raises the question of Washington’s war aims. Specifically, whether the U.S. goal is to achieve regime change in the Kremlin. There is evidence pointing in this direction. Indeed, as the New York Times reported, although the White House says the United States is not pursuing regime change, “Mr. Putin would have good reason to think the Biden administration is looking forward to his exit” and, speaking off the record, “American officials say that they cannot imagine that Ukraine could be safe from Russian military action while Mr. Putin ... is still in office.” The punishing sanctions imposed on Moscow seem intended to crash the Russian economy. As the New York Times reported, the draconian sanctions “ignited questions in Washington and in European capitals over whether cascading events in Russia could lead to regime change, or rulership collapse, which President Biden and European leaders are careful to avoid mentioning.” It appears they certainly are thinking about it, however. And some, in fact, have vocalized the thought. French Finance Minister Bruno Le Maire said the U.S. and Europe are “waging an all-out economic and financial war on Russia” to “cause the collapse of the Russian economy,” and a spokesman for British Prime Minister said the sanctions “intended to bring down the Putin regime.”

If the goal of U.S. policy indeed, is to crash the Russian economy—and remove Putin from power—this is a risky gambit. Cornered nations lash out. In July 1941, Washington imposed an oil embargo on Japan, cutting off its main source of oil. With its oil supplies—its economic lifeblood—dwindling, Tokyo adopted a two-pronged strategy of seizing Indonesia’s oil fields, and attacking Pearl Harbor to ensure the U.S. navy would be unable to stop Japan’s drive into Southeast Asia. In the Biden administration, there is some awareness of the “Cornered Putin Problem” but, when asked if this meant the U.S. would ease off sanctions, a senior official said “Quite the contrary.”

If regime change is Washington’s actual—if unstated—aim (or hope), it needs to do a re-think. This war is not just about “he” but about “they”—the Russian foreign policy elite. International politics is a complex business. In assessing a state’s grand strategy, there are multiple drivers. For sure leadership (and agency) matter. But there are historical, cultural, and structural forces that also matter. And often more. Russia without Putin would still be Russia, and it would still be concerned—as it has been for centuries—with safeguarding its security by establishing a sphere of influence on its borders. With or without Putin the Kremlin would still be concerned with upholding Russia’s status and prestige. It is difficult to imagine any Russian leader who would accept Ukraine as a member of NATO, or be content with a European security architecture based on a U.S.-led Cold War security alliance.

The Kremlin (not just Putin) is unlikely to accept a defeat in the war with Ukraine. The longer the war goes on, the greater Moscow’s incentive to go after the supply lines bringing U.S./NATO military assistance to Ukraine. That would mean a heightened chance of a direct military clash between the U.S./NATO and Russia. Also, the longer the war goes on, the more political pressure Biden will face to step up support Ukraine. Not just with more weapons, but Kyiv will continue pressing the issue of a no-fly zone, and should the war turn against Ukraine, for direct U.S./NATO military intervention.

In the early days of the Iraq war, Gen. David Petraeus famously asked, “Tell me how this ends?” As the New York Times reported, with respect to Ukraine the “question resonating around the White House is more like: ‘Tell me how we don’t get sucked into a superpower conflict.’” The answer to that question, of course, is a negotiated end to the war. But for the Biden administration, this is not a straightforward proposition. Having described Putin as a “murderous dictator,” Washington’s endorsement of a peace accord may be dismissed as “appeasement” by domestic critics. Moreover, for the United States, the stakes in Ukraine radiate outward to East Asia. The Biden administration is using this war to send a signal about American resolve and credibility to Beijing. And, in so doing, to preserve the so-called liberal rules-based international order that the United States created after World War II. In so doing, the administration has backed itself into its own corner. With these stakes believed to be on the line, Washington is likely to reject any outcome in Ukraine that appears to get Putin off the hook. This augurs badly for the chances of de-escalating and resolving the Ukraine conflict.