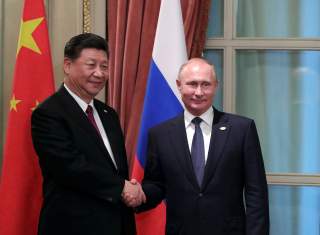 In contending with Russia, America’s challenge is three-fold: to preserve a baseline of cooperation where vital U.S. national interests are at stake, to mitigate the irredentist tendencies of a country that waxes nostalgic for its imperial predecessors and to restore a sense of national cohesion that can resist external subversion. Whether the United States meets the China challenge over the long term, meanwhile, will depend on a number of factors: the durability of its economic growth; its ability to remain at the forefront of scientific and technological innovation; its creativity in conducting geo-economic diplomacy, especially in the Asia-Pacific; and its success in persuading long-standing allies that their national interests would be better served by helping to revitalize the postwar order than by conceding its erosion. China is a more nuanced, incremental competitor than the Soviet Union—and, for that reason, a more challenging one.

The absence of a decided foe has contributed to the lack of strategic discipline in U.S. foreign policy over the past quarter-century, and especially in the aftermath of September 11, 2001. Some in Washington increasingly appears to have accepted the prospect of interminable war in the Middle East, a resignation that, if not revisited, could impose a permanent constraint on its ability to compete with China in the Asia-Pacific. The United States has now been in Afghanistan for more than seventeen years, and though it has made little to no net progress in reducing the Taliban’s share of territory in that country, there is growing controversy on whether it intends to extricate itself. The war in Iraq, meanwhile, is well over fifteen years old, and the United States still has some 5,200 troops there—plus another 2,000 or so in Syria—to prevent the reemergence of the Islamic State.

If the world is neither revisiting the interwar period nor embarking on a sequel to the Cold War, where exactly is it heading? There is no shortage of answers: a new era of U.S. preeminence, Chinese preeminence, a U.S.-China “G2,” multipolarity, regional spheres of influence, nonpolarity and a vacuum in order are just a few that observers have offered. Perhaps the most accurate answer is also the most banal: it is hard to say. While the postwar order is eroding, there is no readily apparent replacement in the offing. The National Intelligence Council posits that “[t]he net effect of rising tensions within and between countries—and the growing threat from terrorism—will be greater global disorder and considerable questions about the rules, institutions, and distribution of power in the international system.”

Perhaps the biggest question involves the role of the United States. In the 1930s it was an emerging power in a world without a clearly defined order. During the Cold War it was one pole of a generally bipolar order. There was a fleeting, roughly seventeen-year period between the end of the Cold War and the onset of the global financial crisis in which, possessing a level of preeminence that it is unlikely to ever reclaim, it proactively sought to diffuse the norms and bolster the institutions it established at the outset of the postwar era. Between the downturn and the inauguration of President Donald Trump, an even shorter interval, it tried to adapt the order in view of the grievances, capabilities and ambitions of core emerging powers. Today, however, under the Trump administration, the United States is both a central pillar of today’s order and one of its principal challengers—a duality whose oddity is difficult to overstate.

has identified a large and resentful part of the U.S. body politic whose state is unlikely to get any better, while the gerrymandering of the U.S. vote is likely to get even worse. Not least, a growing number of Americans agree that China is a cheat and a threat and Europeans are carping freeloaders.

While a Trump presidency was a possibility to be weighed, not a reality to be managed, long-standing U.S. allies could reassure themselves that Washington was simply having a more open debate about foreign policy than that which occurs during a typical election cycle. No longer, though. No matter how strenuously Trump’s successor undertakes to pursue the reverse of “America First,” those allies will wonder if, and when, the United States might again elect someone with a similarly bilateral, transactional approach to world affairs. That is, where they previously had only to contend with oscillations that occurred under the auspices of a bipartisan conviction—that U.S. investment in the postwar order was a net strategic benefit—they now have to factor in the possibility that a future U.S. president, too, will depart from that conviction. Should that scenario materialize, they will rightly begin to wonder whether the aberrations have become the new principles.

During his campaign as well as his time in office, Trump has stressed that external uncertainty about the direction of U.S. foreign policy would allow him to negotiate more effectively with his counterparts abroad. In an April 2016 address to the Center for the National Interest, to cite an early instance, he declared that the United States “must as, a nation, be more unpredictable.” There are esteemed proponents of this stance: Jerry Hendrix, the former director of the Defense Strategies and Assessments Program at the Center for a New American Security, for example, explains that the president “has reintroduced strategic ambiguity and uncertainty, to create diplomatic, economic, and military options with regard to the nation’s interactions with the outside world.”

A degree of such ambiguity invariably inheres in any administration’s foreign policy: top officials neither publicize all of their internal debates nor telegraph every instance in which there may be gaps between America’s declared and actual policies on a given issue. Countries expend enormous effort—parsing official government documents, conducting private diplomacy, producing intelligence assessments and so forth—trying to discern others’ intentions. But execution matters more than intent: while Trump has rightly interrogated the nature and scope of America’s involvement in the postwar order, such is the momentum that often accompanies fundamental recalibrations that it risks producing overreaction. The continuation of an “America First” policy will compel long-standing allies to be more proactive in fashioning arrangements and institutions that circumvent America’s reach; consider, for example, the German foreign minister’s call for a new payments system independent of Washington, the aforementioned Japan-EU free trade deal, the establishment of an EU-China-working group that will consider how to update the WTO and growing coordination between the EUand China to write the rules that will govern global internet policy. A United States that is increasingly alone will be increasingly incapable of advancing its national interests.