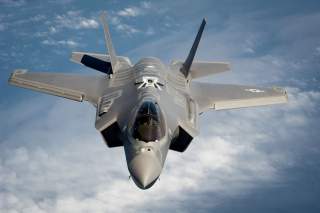 Maintaining the nuclear triad of submarines, land-based ICBMs and long-range bombers “still makes sense,” according to Rep. Adam Smith. But the ranking member of the House Armed Services Committee thinks “we should buy fewer nuclear weapons.” Smith continued, “I don’t think we need the ability to destroy the world five times over.”

He’s half right. We likely do need to modernize at least one of the three legs of the triad that has formed the foundation of the nation’s nuclear deterrent for decades, but rebuilding all three is unnecessary and wasteful. Keeping the triad may even contribute to maintaining a larger arsenal—in terms of numbers of warheads—than is needed for deterrence. In other words, if Smith is serious about addressing the overkill inherent in the current nuclear arsenal, he should revisit the rationale for maintaining three different ways to deliver nuclear weapons on target. A submarine-only monad would probably suffice for deterrence, but a dyad of submarines and land-based missiles would be more politically achievable, at least in the short term.

A paper that I coauthored with Benjamin Friedman and Matt Fay several years ago explored the history of the triad. In retrospect, it isn’t even clear that it was necessary to deter a comparably armed adversary like the Soviet Union during the darkest days of the Cold War. It is even less relevant today.

The triad emerged mostly as a result of interservice competition between the Air Force and Navy in the 1950s and early 1960s. Grabbing a share of the nuclear-weapons pie was crucial to sustaining their budgets, and remained essential as the Army got dragged into a land war in Asia. Then, in the late 1960s, the Navy and Air Force stopped denigrating each other’s delivery systems and argued instead that a multiplicity of platforms was essential. Since then, few people have had a strong interest in exploring the flaws in this argument. For many defense policy analysts, it has become an article of faith. “Maintaining the triad” is uttered as an almost religious incantation to affirm one’s commitment to the very idea of nuclear deterrence.

That might be changing, however. Just as money drove the growth of the triad, the chase for relatively scarcer dollars today and into the future is causing some triad true believers to question their faith. Even the hawkish types responsible for the so-called alternate QDR concluded in 2014 that developing three new types of delivery vehicles “is unaffordable.” And earlier this year, Sen. John McCain, the chairman of the Senate Armed Services Committee, questioned aloud: “Do we really need the entire triad?”

In remarks at the Brookings Institution in May, McCain explained:

Actually, capitalizing a new triad is more likely to cost hundreds of billions of dollars. And then the trade offs start looking pretty stark. If we assume that a dollar spent on the Ohio replacement submarine, or SSBN(X), modernization will necessarily draw dollars away from some other military modernization program—Navy surface ships, for example—that would likely result in fewer surface ships. Money drawn to modernize the land-based ICBMs could come out of the budget for modernizing the Air Force’s fighters, or for developing a new generation of unmanned vehicles. If we choose to build a next-generation long-range manned bomber, and intend for that bomber to deliver nuclear weapons, what will we sacrifice in exchange? Crew comfort? Range? Speed?

Defenders of triad modernization argue that it’s not that the costs of nuclear modernization are not that great, and that it need not be a zero-sum game. We can maintain and even expand the Navy’s surface fleet and its fast-attack submarines, and still move forward with the successor to the Ohio-class ballistic missile subs.

But they’re wrong. The numbers just don’t add up, and the creation of the National Sea-Based Deterrence Fund doesn’t solve the problem. Triad defenders have to explain where the additional money that will be put into that fund will come from. Higher taxes? Deeper cuts in domestic discretionary programs? Changes to Social Security and Medicare that will reduce benefits for current retirees, or the soon-to-be retired? Or simply more deficit spending?

Competition for resources should help to surface tough questions about the value of the triad for deterrence. And triad advocates should be prepared to answer them. They can’t count on the same old arguments to carry the day.