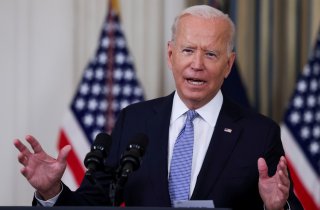 Joe Biden is headed to Capitol Hill, his old stomping grounds, to try and corral the feuding factions of the Democratic Party, centrist and progressive, into cooperating on legislation that will determine the fate of his presidency. Will he be able to lasso the straying members or will it turn into a shootout at the O.K. corral?

For Democrats reaching an agreement on the bipartisan infrastructure bill and a second spending bill has become a prolonged exercise in reviving the divisions that were on during the presidential primary, when Biden stuck to the center as Elizabeth Warren (D-MA), Bernie Sanders (I-VT) and others made the case for progressive reform. They lost. But Biden has moved to assuage the left flank of the party since he became president. He has not chastised legislators such as Pramila Jaypal (D-WA), who heads the congressional progressive caucus, for holding out on a big second package of spending. They are, after all, defending his sweeping proposals. But he also has to keep his ideological brethren on board in the House, not to mention Sens. Joe Manchin (D-WV) and Kyrsten Sinema (D-AZ). Absent those two senators, any bill is dead on arrival. Biden needs to unite his bickering party.

The odds are that he will. Despite the doomsaying surrounding the two bills, the Democrats know that if they don’t hang together, they will hang together at the polls. Already the ructions in the House are casting a shadow over Terry McAuliffe’s run against Glenn Youngkin for a new term as governor of Virginia. It’s also the case that a failure to reach an agreement would torpedo the Biden presidency. His approval rating has already dropped to fifty percent, according to a new AP poll. His slide began with the turbulent Afghanistan pullout but is being exacerbated by the battles over infrastructure and social spending.

House speaker Nancy Pelosi says that Democrats are “on track” to pass the infrastructure bill. The question will be whether Biden can assuage the apprehensions of progressives about whether they will forfeit any and all leverage in voting for it. Their aim will be to push Manchin above his $1.5 trillion marker. If he doesn’t, they may be facing a Hobson’s choice.

Added into this volatile mix is the debt ceiling. The Treasury Secretary estimates the government is set to default on October 18. The fiscal consequences would be insalubrious, to say the least. If the Democrats are to avoid a financial calamity, they might require a reconciliation bill, as Republicans are indicating they will not budge even on a filibuster of hiking the debt limit.

For both Biden and Pelosi, this is the last hurrah. Any grand legislation is most unlikely to be passed in the next Congress. This next week will reveal whether they have something to celebrate.