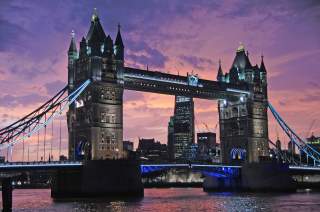 “Here are the black days we have promised you,” ISIS boasted in the aftermath of Saturday’s brutal attacks in London. “What is coming will be more bitter and severe, insha’Allah,” the group also promised.

The bombing of a concert venue in Manchester two weeks ago, coupled with this latest tragedy, have shattered any illusions that last summer’s spate of bloody ISIS-directed and -inspired attacks during Ramadan was an aberration. British prime minister Theresa May’s defiant proclamation that “enough is enough” will counterintuitively have greatly pleased the perpetrators’ masters in besieged Mosul and beleaguered Raqqa. Despite its battlefield setbacks, ISIS has demonstrated that it is still capable of inspiring new outrages and striking at the heart of its enemies’ largest cities. The group’s continued ability to generate worldwide fear and alarm ensures that ISIS, alas, is here to stay—at least for the foreseeable future.

Sixteen years ago, Ayman al-Zawahiri’s exhortation that “With the available means, small groups could prove to be a frightening horror for the Americans and the Jews” completely fell on deaf ears. Lacking the power of social media and the specifically targeted “narrowcasting” capability of encrypted apps like Viber, Telegram and WhatsApp, al-Zawahiri could not hope to reach the vast audience or securely communicate with his would-be and actual followers that ISIS has achieved. In 2010, Osama bin Laden had also called on his followers to attack across Europe, relying on identically antiquated Internet communications. His summons accordingly gained little traction, much less the widespread attention that ISIS’s effective exploitation of cutting-edge social media has achieved.

ISIS has thus proven remarkably adept at harnessing the full potential of contemporary communications to motivate, inspire and ultimately animate its minions to action. By doing so, it has ruthlessly—and promiscuously—exploited these platforms to encourage a type of attack that is as simple to execute as it is difficult for the authorities to identify, interdict and prevent.

It is sobering to reflect that only a few years ago, the end of terrorism was being heralded with the killing of bin Laden and advent of the Arab Spring. As one pundit then reassuringly pleaded, “Can we all take a deep breath, stop cowering in fear of the impending caliphate, and put the problem of Islamic terrorism in perspective?” Today, there is indeed a very different perspective on this ongoing, and certainly more complex and diffuse, threat—shaped not only by this weekend’s tragic incidents, but by the events of the past two years that have seen a succession of attacks linked to ISIS convulse the West.

The predictable cries following this weekend’s incidents for greater engagement with local “at-risk” communities, self-policing by the world’s Internet technology giants, and tighter governmental regulation of cyberspace have all been voiced. But as long as 4 percent of Britain’s 2.8 million Muslims, according to a 2016 survey recently cited by the Wall Street Journal, “believe terrorism is an acceptable form of protest,” the United Kingdom’s intelligence and security services and police will surely have their work cut out for them. That percentage translates into over one hundred thousand extremists—whose monitoring and tracking would likely challenge even the pervasively intrusive capabilities of East Germany’s feared Stasi during the Cold War.

Indeed, an intrinsic component of ISIS’s strategy is precisely to overwhelm the authorities with myriad threats and a burgeoning number of extremists who all have to be investigated, vetted and either cleared or then pursued with greater vigor. The terrorists thus play a diabolical numbers game with the supreme confidence that over time at least some “lone wolves” will escape detection and fall upon their hapless targets, while their professional counterparts will also be able to lurk unnoticed by the distracted authorities and thus perpetrate even more heinous and consequential operations like the coordinated November 2015 Paris assaults.

Considering that the British Security Service, MI5, has thus far tracked as many as twenty thousand extremists and currently has some three thousand under active investigation, it is difficult to imagine how—short of magically acquiring the ability to anticipate a crime before it is committed and arrest the perpetrator, as depicted in the Steven Spielberg film Minority Report—the British authorities will be able to cope with the demands for expanded monitoring and surveillance now being voiced in the run-up to that country’s national election on Thursday.

There are understandably attendant calls for the redoubling of efforts to counter violent extremism and hinder radicalization and recruitment. But the main challenge confronting the liberal democratic states, as a Wall Street Journal editorial warned today, is ineluctably to “Do more to contain this internal Islamist insurgency now, or risk a political backlash that will result in even more draconian limits on civil liberties.”

At the same time, however, there is no avoiding the overriding priority of depriving today’s terrorists of the sanctuaries and safe havens that facilitate and fuel their violent campaigns—and which appreciably enhance their status, stature and appeal. That over forty thousand foreign fighters from more than a hundred countries have answered ISIS’s clarion call to battle reveals the vast dimensions of the current terrorist threat, and the group’s innovative outreach and recruiting methods.

Twenty-three years ago, another female British prime minister described publicity as the oxygen upon which terrorism depended. Now, an entrenched presence by a staggering array of violent extremist organizations in failed or failing states, alongside the exploitation of lawless border areas, is what sustains and nourishes terrorism. For example, according to the National Counterterrorism Center, in 2014 ISIS was present in only seven countries around the world. A year into the American-led campaign to defeat ISIS, that number had nearly doubled. And by 2016, the NCTC reported that ISIS was “fully operational” in eighteen countries. Indeed, both the Manchester bomber’s own radical family pedigree but more so his many visits to Libya and the trip he took shortly before the attack, where the bomber presumably met with his ISIS handlers, is regarded by British investigators as having critically abetted that tragedy.

“The grandchildren of Khaled are coming O Jews,” yet another ISIS propaganda channel warned over the weekend. “So hold on to your necks, prepare your funeral shrouds, write your wills, and say goodbye to your families, for the battle has yet to begin.” Decisively addressing these threats and ending this war is now imperative, if we are to preserve the core liberal democratic values we cherish and the fundamental civil rights and liberties inherent to our societies. It will necessitate kinetic as well as non-kinetic means, enhanced multinational intelligence cooperation and coordination, strengthened community engagement and better measures at countering recruitment.

Bruce Hoffman, a contributing editor to the National Interest, directs Georgetown University’s Security Studies Program and is a senior fellow at the U.S. Military Academy’s Combating Terrorism Center. His classic work, Inside Terrorism, will be reissued by Columbia University Press this September.