Can Central Asia Be a Broker for the Syria Conflict? 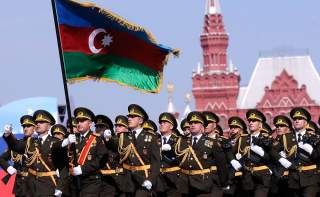 Some mainstream media and expert communities in Western countries constantly fail to capture the essence and logic of political developments—especially the foreign policies of former Soviet countries—in the heartland of Eurasia. Media and experts in the West tend to divide the policies of former Soviet countries into simplistic categories as “pro-Western” and “pro-Russian,” without considering geographical constraints and regional and historical context. In addition to inconsistent attention to developments in the region, media and experts tend to describe the policies of nations in the heartland of Eurasia through a purely liberal worldview of human rights and democracy. However, the dynamics in the heartland of Eurasia are much more unrelenting and complicated, with a very fragile equilibrium of stability, a subtle struggle of regional power politics and aspirations of preserving national sovereignty.

A good international-relations theorist can find a very good case study that shows convergence and similarities in the foreign policies of two main countries in the Eurasian heartland: Azerbaijan and Kazakhstan. Since their independence, the two countries have been trying to prove themselves as sustained, livable nations and players in regional and international affairs.

Convergence of Interests and Policies

Although Azerbaijan and Kazakhstan are not bound officially with any official alliance like the Eurasian Economic Union (EEU) or the Collective Security Treaty Organization (CSTO), their regional and global policies converge and they support one another in their aspirations to maintain independent policies. In this context, Azerbaijan received a special visit from the president of Kazakhstan in the first week of April. Azerbaijan has been quite successful in building productive relations with members of EEU and CSTO countries without becoming a member of Moscow-led organizations, undermining Armenia’s expectations about its ability to gain allies. This success is reflected in how Belarus and Kazakhstan have not supported Armenia as their official ally in Eurasian institutions, but rather the principle of territorial integrity. Additionally, during last year’s burst of bloody skirmishes between Azerbaijan and Armenia, a high-level meeting of the EEU, which was scheduled to be held in Yerevan, was cancelled because of Kazakhstan’s refusal to attend the meeting.

Thus, the visit by the president of Kazakhstan, whose country is a nonpermanent member of the UN Security Council, just like Azerbaijan, was a powerful opportunity for the two countries to synchronize future policies—not only in the region, but also globally. In fact, the natural convergence of interest and synchronization of policies go beyond the region and deal with more global problems for security and stability on the Eurasian continent.

The West does not seem to have a clear strategy for how to end the civil war in Syria, especially after the recent U.S. missile strikes on Shayrat Air Field; coming elections in important states in Europe allow for further instability. Meanwhile, Kazakhstan and Azerbaijan have been making progress by hosting important forums aimed at finding common ground, so that the two countries can work toward resolving the conflict in Syria.

On January 23, 2017, Kazakhstan hosted a meeting for trilateral negotiation among three key players: Russia, Iran and Turkey. Representatives of Bashar al-Assad’s government and delegates from twenty-eight fighting opposition groups attended the platform. The U.S. ambassador to Kazakhstan, George Krol, joined the meeting as an observer. It was no coincidence that Astana was chosen as a neutral place for a such meeting, given that it has positioned itself as an alternative and/or complementary to the Geneva process, which has not produced any meaningful results. Kazakhstan’s leadership has been able to maintain good relations with Russia, Turkey and Iran. It has also gained the confidence and trust of not only the mentioned states, but other key international players with divergent interests. Kazakhstan has earned a reputation as a trustworthy mediator, especially after it helped mediate the normalization of Moscow-Ankara relations after the Turkish Air Force downed a Russian jet in 2015.

Additionally, another important meeting was held in Baku on February 16, 2017. That is where Gen. Joseph F. Dunford, the chairman of the Joint Chiefs of Staff, and Gen. Valery V. Gerasimov, chief of the Russian general staff, met for Syria talks. The location for the high-level meeting—the first of its kind since the developments in Ukraine—was not a coincidence. Baku is the only place in the area accepted by all parties as neutral. As former U.S. Ambassador to Azerbaijan Matthew Bryza recently noted, Azerbaijan is not included in the Eurasian economic community, nor is it a NATO member, yet it maintains good relations with both Russia and the United States. Those facts make Baku the most suitable place for both parties. After developments in Syria became more deadly, President Ilham Aliyev once again underlined the importance of the two chiefs of staff meeting in Azerbaijan because the country is viewed as a reliable and neutral partner.

Since the beginning of the Syrian Civil War, Kazakhstan and Azerbaijan have more or less abstained from the power struggles surrounding the conflict. Both countries have positioned themselves as neutral while expressing their readiness to participate in internationally led humanitarian assistance. It is likely that, after recent developments in Syria, main parties including the United States and Russia might have difficulties in finding neutral venues for mediating a resolution to the conflict. Azerbaijan and Kazakhstan might be able to provide such a platform.

There are several possible explanations why Kazakhstan and Azerbaijan have avoided becoming actively involved in Syria’s affairs. First, neither country has immediate political, economic or military incentives for active participation in the Syrian conflict. Second, it is beyond the capabilities of either Azerbaijan or Kazakhstan to make power projections in Syria, or to influence developments within the country. Third, the Syrian conflict involves too many regional and global players with diverging interests, with whom Azerbaijan and Kazakhstan have fruitful bilateral and multilateral relations. Thus, both Baku and Astana avoid siding with any party on Syrian affairs so as not to harm their bilateral relations.

Although Baku and Astana have limited influence on events in Syria, and maintain realistic calculations of the possible consequences of more proactive involvement, that does not mean that Azerbaijan and Kazakhstan are not concerned with continuing bloodshed in Syria and its possible future negative effects on the wider region.

Azerbaijan and Kazakhstan’s policies aim to tackle the following challenges to regional security: First, they want to prevent the clash of regional powers, as well as global powers, such as Russia, Turkey and Iran, in the Eurasian heartland. Azerbaijan and Kazakhstan want these regional powers to maintain good relations and productive cooperation through peaceful competitive means, not through aggressive confrontation that might transform the whole region into a battleground. In fact, people in this region have tragic memories of confrontation among these regional powers.

Historically, these three countries have been the main rivals in the region. Due to geography and history, Russia, Turkey and Iran adjoin the region, but neither has a long border with the South Caucasus (with the exception of Turkey’s border with Azerbaijan’s Nakhchivan Autonomous Republic, which, in turn, has no land link with Azerbaijan). To implement projects in the region, there has to be cooperation between at least two of the three countries. Those countries’ Middle Eastern neighbors can have a positive influence on the regional security situation by creating favorable conditions for major infrastructure projects. Additionally, they can settle conflicts by coordinating positions, building trust and promoting cooperation.

Kazakhstan’s initiatives have produced tangible results following the Astana meeting. Also, Russia, Turkey and Iran have been synchronizing their diplomacy and military operations in the Syrian conflict. Despite the tangled web of disagreements between external and internal actors, the regional powers know that resolving the conflict as soon as possible is a matter of vital concern.

The tension between Russia, Turkey, Iran and the United States over Syria might further complicate a security environment that has already been on high alert due to the Nagorno-Karabakh conflict, and other escalations in occupied territories and separatist conflicts in the South Caucasus. After the fall of oil prices and economic difficulties, both Azerbaijan and Kazakhstan need regional stability and security more than ever in order to conduct necessary economic reforms to diminish dependence on energy resources.

Interestingly, Baku has recently initiated and launched another regional energy project for the energy security of Europe’s Southern Gas Corridor, which faces similar security challenges as the Baku-Tbilisi-Ceyhan oil pipeline faced in the 1990s. The development of multidimensional East-West and North-South transportation routes, which are aimed at making Azerbaijan a strategic juncture of different crossing routes, as well as ongoing institutional reforms, makes Azerbaijan even more interested in maintaining stability in the South Caucasus and the wider region. Thus, the argument that Baku is feigning interest in escalation on the front line between Azerbaijan and Armenia as a means of diverting attention from its economic problems is too simplistic, and ungrounded.

The Syrian conflict is negatively influencing the security environment in the South Caucasus and Central Asia, and further escalation will inevitably have a spillover effect on the region. First of all, escalation might sharpen the rivalry of local and global powers, which might upset the fragile regional order. Also, thousands of citizens of Russia (mostly from the North Caucasus), Azerbaijan and Central Asia have become members of terrorist movements in Syria. This is a threat to those countries’ security, and calls for active cooperation among their security agencies, which may push Azerbaijan and Kazakhstan to mediate among different parties with divergent interests. The Syrian crisis directly and indirectly negatively affects other active conflicts. As such, the escalation of violence in Nagorno-Karabakh and ungrounded allegations of ISIS’s involvement in the conflict have become a tool for information warfare. Also, Syrian refugees in Armenia, mostly ethnic Armenians, who have illegally settled in the occupied territories in Nagorno-Karabakh, create additional tensions between Azerbaijan and Armenia.