Can China Afford to Be Aloof in the Middle East? 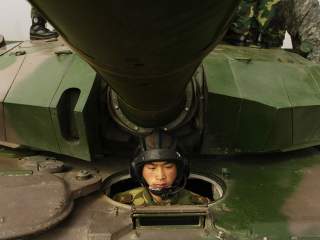 Since the outbreak of the rebellion against Syrian President Bashar al-Assad in 2011, that country’s descent into unprecedented violence and destruction has entangled all of the Middle East’s major regional powers, such as Turkey, Saudi Arabia and Iran, and two of the world’s great powers, the United States and Russia.

But China, the world’s third great power, has remained studiously aloof from the crisis. Beijing has focused on largely symbolic statements of its adherence to the principle of “non-intervention” and the efforts to facilitate a “political resolution” to the crisis.

This is broadly consistent with China’s approach to the Middle East as a whole since the end of the Cold War, whereby Beijing’s core interests in the region—access to energy resources and overseas markets and investment opportunities—have been pursued through an “offend no one” and “attach no strings” strategy.

Indeed, a column in Foreign Policy earlier this year lamented that Beijing, in contrast to the United States, has tended to avoid taking sides “in a region that regularly demands it.”

Yet this posture is arguably under pressure from three directions, which may soon push Beijing to choose sides in the region.

First, instability throughout Middle East after the Arab Spring has constituted a threat not only to China’s energy security, with the country now importing nearly half of its oil from the region, but also a threat to the security and safety of Chinese investments and nationals throughout the Middle East. Recognition of this has had broader implications for how China seeks to manage its Middle Eastern engagement.

China’s evacuation of 12,000 Chinese nationals during the Libyan crisis, for instance, constituted China’s first military action in the Mediterranean, with the People’s Liberation Army Navy (PLAN) frigate, Xuzhou, coordinating the evacuation of some 1,700 Chinese nationals by sea. This represented a demonstration of “Beijing’s growing capability to conduct long-range operations that it was both incapable of doing, and unwilling to do, only a decade ago.”

That this capability and willingness remains limited, however, was underlined by Beijing’s inability to prevent ISIS from executing the Chinese hostage Fan Jinghui on November 18 in Anbar Province, Iraq. According to one report, Chinese authorities had been in contact with Fan’s captors, only to have negotiations break down.

Second, intervention by the United States and its allies in Libya, and later Syria, has challenged Beijing’s global diplomacy. In the Libyan case, Beijing’s abstention from UN Security Council Resolution 1973 paved the way for NATO military intervention, raising doubts about the sanctity of Beijing’s principle of “non-interference” upon which it had built much of its diplomatic successes since the end of the Cold War. Domestically, this episode also suggested that the rulers in Zhongnanhai had compromised core principles and acquiesced too quickly to Western pressure.

While China’s anti-interventionist declarations vis-à-vis Syria have been in part a direct result of Beijing’s perception of being hoodwinked in Libya, they have been affected by its assessment of the geopolitical balance in the region. Most importantly, China has “reached a strategic understanding” with Russia to “constrain and balance the United States and minimize its ability to impose solutions on Middle East problems.”

This has been demonstrated by Beijing and Moscow’s joint vetoes of UN Security Council resolutions in October 2011 and February 2012 that sought to condemn the Assad regime, and by Beijing’s vocal opposition to any U.S.-led airstrike on Damascus in retaliation for its alleged use of chemical weapons in August 2013. China’s view of the Syrian conflict at that time was neatly encapsulated by Yin Gang, an expert on the Middle East at the Chinese Academy of Social Sciences, when he asserted that “This conflict is ‘inside Islam’… Without external interventions, this kind of conflict will reach a new balance in a short period of time. But if external powers intervene, the conflicts will become messier and messier.”

China’s muted response to Russia’s recent military intervention in support of Damascus, however, suggests that its commitment to the principle of “non-intervention” is becoming less absolute. As the Russian military began airstrikes in Syria, an editorial in China Daily opined that Moscow’s intervention was a “sensible strategic move” that could “strengthen its image as a responsible stakeholder” in combatting “IS extremists.” Moscow’s coordination of its strikes with Syrian government forces, it continued, would also make Russia’s efforts “more efficient and precise” than those of the U.S.-led coalition.

Finally, the rise of ISIS brings the regional and international dimensions of China’s struggle against Uyghur separatism and terrorism in Xinjiang into starker focus. In 2013, China’s then Middle East envoy Wu Sike claimed that hundreds of Uyghurs were travelling to Syria, usually via Turkey, to fight with various anti-Assad groups. Claims of links between radicalized Uyghurs and the Syrian chaos have periodically resurfaced since then, including in connection to the Erawan Shrine bombing in Bangkok on August 18 of this year, in which a number of suspects arrested by Thai police were found to be traveling on Chinese and Turkish passports.

Most recently, claims have been made that the Turkestan Islamic Party (TIP), a group China has blamed for recent terrorist attacks in Xinjiang, has a battlefield presence in Syria and is aligned with the Al Qaeda affiliate Jabhat al-Nusra.

China has seized on such claims as proof that Uyghur terrorism in Xinjiang is “spiritually supported… [and] commanded by foreign terrorist organizations” and as a means to attack the West for its “double standard” whereby “only terror attacks in their countries are acts of terror, while the killings against civilians in China are resistance with just cause.” This, as James Leibold recently noted, underlines that “terrorism in China, as both a concept and a rhetorical device, is about securing and legitimizing Chinese rule over the troubled regions of Xinjiang and Tibet…rather than any global scourge on humanity as Xi Jinping and other Chinese officials would now have us believe.” Leibold could have added that this instrumentalist use of the “terrorism” label for the pursuit of domestic and foreign policy goals aligns it with Russian President Vladimir Putin’s.

Thus, despite Beijing’s current official circumspection on contributing to international efforts to combat ISIS, its interests and recent actions in the Middle East suggest that its “offend no one” and “take no sides” approach will soon be a thing of the past.

Michael Clarke is Associate Professor at the National Security College, ANU and is the author of Xinjiang and China’s Rise in Central Asia – A History (Routledge 2011).