Can China Buy Its Way Into Better Trade Relations With America? 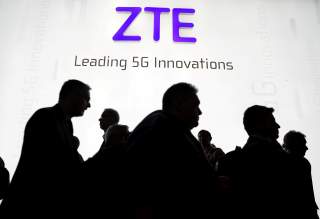 With China’s telecom giant ZTE now poised to take the final steps before a ban on U.S. suppliers can be lifted, President Trump is urging Republican lawmakers not to undermine his plan to help the Chinese telecom giant ZTE stay in business. Needless to say, the issue is now likely headed for some very contentious debates.

A seven-year ban had been imposed on ZTE in April after it had been caught in a “multi-year conspiracy to violate the U.S. trade embargo against Iran” as well as “illegally shipping telecommunications equipment to North Korea.” Moreover, the Department of Commerce had discovered “ZTE’s pattern of Deception, False Statements, and Repeated Violations of U.S. Law,” including the destruction of evidence in order to continue its violation of export controls.

The ban, which has not only caused ZTE shares to tumble, but has also raised questions about its demise, prompted Chinese President Xi Jinping to personally appeal to President Trump to help keep ZTE afloat. Tweeting on May 13, Trump said that “President Xi of China, and I, are working together to give [the company] . . . a way to get back into business, fast. Too many jobs in China lost. [The U.S.] Commerce Department has been instructed to get it done!”

The myriad oscillating decisions have left both U.S. and Chinese policymakers scratching their heads as to the real strategic aims of the administration. While it may save ZTE, it is certainly inimical to then candidate Trump’s campaign promise to get tough on China. Virginia Sen. Mark Warner remarked that “While we simply cannot let China’s unfair trade practices go unchecked, this President’s erratic approach to resolving this issue gives me pause.”

The grave concerns over the Trump administration giving aid to what is arguably a Chinese state-owned enterprise is not unwarranted. According to Techcrunch, ZTE is possibly “one of the world’s most notorious intellectual property thieves—perhaps even the most notorious of all,” This lack of clarity, not to mention the national security concerns, were manifested when, in a sharp rebuke to the administration, the Senate, by a vote of 85-10, passed the National Defense Authorization Act (NDAA) on Monday, June 18, which included a bipartisan amendment to reverse the administration’s decision and keep the ban in place. Cosponsored by Arkansas Sen. Tom Cotton, Florida Sen. Marco Rubio, New York Sen. Chuck Schumer and Maryland Sen. Chris Van Hollen, the ZTE amendment must now be reconciled with the House bill, which does not contain the amendment.

For his part, the president has urged Republican lawmakers to support his agenda for ZTE because they are a “part of a broader geopolitical negotiating strategy.” Yet, it is far from clear what President Trump’s cooperation with President Xi portends to yield. If the objective is leverage with North Korea, then the gains have not been readily apparent. So far, it has given recognition and legitimacy to Kim’s despotic regime, suspended military exercises with South Korea because they are “provocative,” and concluded a summit that includes neither timelines nor verification, nor, for that matter, how “denuclearization” is defined; hardly quid pro quos that would be considered in America’s favor. Indeed, the Trump administration’s decision to throw a lifeline to ZTE is particularly curious if viewed in the context of the steel and aluminum tariffs invoked under Section 232. It suggests that ZTE poses less of a national-security threat than steel and aluminum.

Whatever the reason, the Trump administration will need China’s cooperation for any negotiation with North Korea. But, it should keep in mind that China intends to maintain “the presence of a Communist buffer state, even an irritating one,” between China and South Korea. Otherwise, it would not be a patron of a state for which it is dependent on for more than 90 percent of its trade volume.

Like South Korea, China favors a “commitment for commitment, action for action” approach toward the denuclearization of the peninsula. The United States, however, wants to see a faster approach, “with a timetable as quick as six months to a year, and economic benefits coming only at the end.” It remains to be seen just how much China will do. In any event, China holds most of the cards. Therefore, it will likely decide the pace and direction of any negotiation.

In the long-term view, any issues related to the ZTE decision must be viewed in the context of the Made in China 2025 initiative, which “seeks to gradually replace foreign with Chinese technology.” The initiative emphasizes future capabilities such as “indigenous innovations” and “self-sufficiency” and aims to increase the domestic market share of Chinese suppliers for “basic core components and important basic materials to 70 percent by the year 2025.” The ongoing ZTE discussions, as well as the current case with Micron Technology, only serves to underscore these objectives.

A case in point is the ZTE flagship Axon M smartphone. About 60 percent of the smartphone’s electronics come from U.S. suppliers such as Qualcomm and Sandisk. If China has learned anything, it is the fact that heavy dependence on imported semiconductors carries significant risk to its supply chain of disruptions by U.S. sanctions. Additionally, since the Commerce Department’s denial order covered not only hardware but also software, ZTE has also lost its license to use Google’s Android operating system, meaning “Google has stopped providing software updates and other services to ZTE.” Tencent Holdings chairman and CEO Pony Ma has pledged to advance China’s semiconductor industry, calling it a “wake-up” call.

As China moves up the value chain, the ZTE fallout has only reinforced the belief that China needs to accelerate its technological capabilities. At the Chinese Academy of Sciences and the Chinese Academy of Engineering on May 28, President Xi Jinping urged scientists and engineers to help make China a world leader in high-tech industry.

Trade relations between United States and China have been fraught for some time, especially in the area where advanced technologies are concerned. Given the dizzying array of factors currently in play in the Trump White House, it is difficult to see where the ZTE issue is headed. Surely, China’s advances may be slowed, but it will not stop simply because technology transfer is not zero-sum. If China cannot directly obtain technology from the United States, then it will likely form joint ventures with other interested parties like Israel. The proliferation of technology means that, with or without the United States, China is already well on its way to becoming an innovation superpower in the key areas of science and technology.

As America commemorated Memorial Day on May 28, President Trump proclaimed that “we pause in solemn gratitude to pay tribute to the brave patriots who laid down their lives defending peace and freedom while in military service to our great Nation.” One should like to think that those called upon to face potential adversaries such as Iran or North Korea would not be laying down their lives because of advantages gained from the violation of sanctions. This is neither a Republican nor a Democrat issue. It is a national-security issue. If we are truly “duty bound to honor those who made the ultimate sacrifice on our behalf and to remember them with thankfulness and unwavering pride,” as President Trump had declared on Memorial Day, we should start by not be giving ZTE a pass.

Patrick Mendis, is a former American diplomat and the author of Commercial Providence, Trade for Peace, and Peaceful War, and a previous Rajawali senior fellow of the Harvard Kennedy School of Government who is currently an associate-in-research at the Fairbank Center for Chinese Studies at Harvard University.

Joey Wang is a defense analyst. Both are alumni of the Harvard Kennedy School of Government.