Can Efforts to Protect American Democracy End up Threatening It? 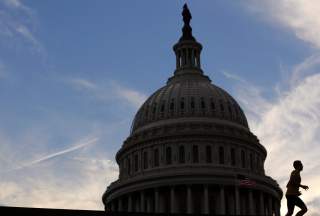 Can efforts to protect American democracy end up threatening it? In the ongoing investigations into Russia’s interference in the 2016 presidential election, the answer may well be yes—especially if the media fail to scrutinize the intelligence and security agencies pursuing the matter. The investigations may actually help Russian President Vladimir Putin to expand his influence and reach too, even as they deny the United States the ability to pursue vital national security interests. The present moment deserves reflection and judicious action, not the frenzy currently taking place.

Notwithstanding President Trump’s apparently politically motivated denials, Russia did interfere in the election and Americans need to understand what happened and why to protect against future interference from Russia or other nations. No less important, Washington needs to find a way to communicate to Moscow that such interference is intolerable and that it will carry a steep price. But Washington won’t be able to conduct any of this effectively if key governmental and social institutions fail to function properly.

Consider the case of George Papadopoulos, who recently pleaded guilty to misleading the FBI. Beyond Papadopoulos’ energetic attempts to create a role for himself in the Trump campaign, which seem founded upon amateurish efforts to shade the truth in communicating with people on both ends of the bridge he was trying to build—hardly unusual in Washington, though rarely exposed to the light of day—what is striking about the affair is an FBI preoccupation with “Russian contacts” that may contravene fundamental American values if it is broadly implemented across Special Counsel Robert Mueller’s investigation and in U.S. counterintelligence policy.

In the October 5, 2017 plea document signed by Papadopoulos, his attorney, and Mueller’s aides on his behalf, the investigators disclose that Papadopoulos failed to reveal his contacts with the Russian think tank expert “despite being asked if he had met with Russian nationals or ‘anyone with a Russian accent’ during the Campaign.”

It is understandable that investigators may have wanted to ask Papadopoulos about his contacts in the broadest possible manner to ensure that he could not avoid answering based on a technicality (e.g., how would he know whether someone he met was a Russian national) or, alternatively, to trap him. That said, the question is a troubling one on many levels. First, and most obviously, this phrasing doesn’t really solve the technicality problem; after all, who other than a linguist could reliably tell the difference between a Russian accent, a Ukrainian accent, a Belarusian accent, and a Bulgarian accent? What if Papadopoulos said he didn’t know someone’s accent was Russian? Second, if Russia’s intelligence services were trying to co-opt or exploit the Trump campaign, couldn’t they find someone without a Russian accent to undertake this most sensitive of missions? Third, and most peculiar, is the suggestion that the Special Counsel and the FBI have broadened their investigation to include “anyone with a Russian accent”—a standard that goes far beyond even the wild overreach displayed in Sen. Joseph McCarthy’s hunt for communist sympathizers.

Some may be inclined to write off the FBI question to Papadopoulos as isolated and inconsequential. That would be much easier if we did not have the prior example of former Director of National Intelligence James Clapper, who described “the Russians” as “almost genetically driven to co-opt, penetrate, gain favor” in a May 2017 interview with NBC’s Chuck Todd.  “The Russians”? Perhaps Todd could invite Clapper back to Meet the Press to ask what he thinks other ethnic groups are “almost genetically driven” to do. Since he didn’t object to Clapper’s answer, one assumes Todd found it entirely appropriate and wouldn’t mind Clapper sharing these thoughts. Clapper’s responses could be quite revealing. At a minimum, statements like Clapper’s suggest that the FBI question to Papadopoulos might reflect the climate inside America’s national security agencies and that it is not a unique event. This is especially significant because Clapper explicitly stated that this “genetic” factor contributed to his alarm about Jared Kushner’s interaction with “Russians.”

Clapper’s exchange with Todd goes a long way in explaining the feverish speculation that continues to surround Russia’s interference in the 2016 presidential election. On one hand, intelligence and counterintelligence officials whose principal job is to look for evidence of malign activities have created an environment in which being Russian or Russian-American, or even having a Russian accent, is apparently enough to make someone a “person of interest,” if not a suspect. On the other hand, journalists who would recoil from such stereotyping in covering any other issue absorb it uncritically from investigators and intelligence professionals pursuing the interference issue and themselves breathlessly publicize any encounter or dealings between a Trump campaign official and “a Russian,” no matter who or when, why, or how the interaction occurred.

How many of the same journalists and commentators—and, for that matter, Democratic members of Congress—have piously declared America to be a nation of immigrants and decried Trump’s rhetoric on that basis?

This is just one illustration of the media’s wider failure to exercise much meaningful oversight over the Russian investigations, whether the Mueller effort or in Congress. Even some of Putin’s harshest critics have expressed their apprehensions about the interaction between American security agencies and the media. Rather than serving as the “fourth estate,” most national media organizations seem to prefer working as adjuncts to the formal investigative processes by unearthing new information and encouraging and then sharing leaks. Apparently afraid to miss a scoop involving new “Russian ties,” editors often seem to be directing all available resources to the investigations at the expense of other critical functions.

Perhaps because they have largely explored recent history, some media are looking deeper into the past and retroactively defining “Russian ties” as suspicious even if the contacts took place before Russia’s occupation of Crimea (2014) and the U.S. imposition of sanctions on Russia. Others are going yet further, questioning U.S.-Russian contacts that occurred much earlier, when the Obama administration was encouraging business, academic and other interaction through its “reset” policy. Unsurprisingly, the same media organizations that are hunting down what they describe as “links” between the Trump campaign and Russia have no qualms about their own links; NBC’s Megyn Kelly went so far as to participate in a St. Petersburg investment conference specifically designed to legitimize Putin, to encourage investment despite Western sanctions, and to offer evidence that sanctions are inutile in discouraging U.S. and European businesses from dealing with Moscow.

These shortcomings would be less important if the U.S. Congress was exercising its own oversight of the investigations—something that isn’t happening largely for political reasons, as Democrats eagerly pursue the investigations and Republicans largely away run from them. Considering the Congress’ dysfunction even on relatively simple issues, this is hardly surprising. But it still matters.

What few seem to realize is that the manner in which the Congress, U.S. intelligence and security agencies and the American media are behaving benefits Putin as much as anyone else. Setting aside how the collusion investigations are paralyzing the Trump administration—something helpful to the Kremlin in Syria and elsewhere—statements like Clapper’s help Moscow to paint the United States as a viscerally anti-Russian country both at home and internationally, shoring up Putin’s grip on power and facilitating his efforts to undermine U.S. international leadership. State-run propaganda outfits like RT and Sputnik were quick to disseminate Clapper’s comments widely. Clapper’s reference to “Russians” rather than Putin, Russia’s government, or Russia’s intelligence services actually helps Putin to prove that Washington is out to get “Russians” rather than him or his authoritarian regime. Put bluntly, for the Kremlin, Clapper isn’t a hindrance; he’s a mobilizational tool.

U.S. reporting on the investigations has similarly helped Putin considerably in justifying his long-term complaint about anti-Russian bias in the American media. Putin expounded on again on what he called “an unprecedented anti-Russia campaign” in the United States at a conference in Sochi in October. Supplying Russia’s leaders with ready-made propaganda points does little to advance U.S. interests.

Here at home, the domestic political climate cannot but alienate many new Russian and Russian-speaking immigrants to the United States, even if they dislike Putin, making it less likely rather than more likely that they will cooperate closely with U.S. security agencies on not only election interference, but also broader counterintelligence matters. Recalling the FBI’s complex relations with America’s Arab and Muslim immigrant communities in managing its counter-terrorism mission, one might expect greater attention to past lessons learned.

Finally, whatever one thinks of President Trump’s as-yet undefined and unimplemented policy toward Russia, hamstringing the United States government in its relations with Moscow—with its massive nuclear arsenal, increasingly impressive conventional military forces, and broad diplomatic reach—is also a dangerous move. The most immediate example of this is the fact that anyone who wants to put new pressure on North Korea or to explore a negotiated settlement to the current nuclear crisis will need Moscow’s help. China likely has less influence over Pyongyang than many seem to think and Russian officials appear to have better access in North Korea’s capital. Beyond that, no new universal sanctions will be approved by the UN Security Council without Russia’s agreement.