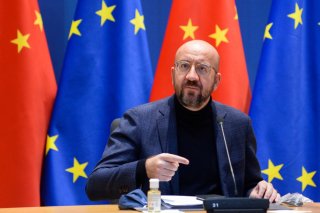 The EU views China as a “cooperation” and “negotiation” partner, “economic competitor,” and a “systemic rival.” Its Global Gateway strategy—with an insistence on sustainability, equality, and a “values-driven” approach—has shifted focus to the rivalry aspect. Nevertheless, the strategy’s economic feasibility for developing projects remains a concern. Ultimately, much like the U.S.-led B3W, Global Gateway aims to bridge the growing global infrastructure gap, and is thus a partnership beyond China. Its main objective is to strengthen Europe’s ties with the rest of the world—in the post-pandemic world where cooperation is key—by tackling climate change, improving healthcare systems, boosting competitiveness, and securing global supply chains.

Altogether, the Global Gateway presents a historic opportunity for the EU to revisit its China policy in accordance with its newly-released Indo-Pacific strategy. Keeping in view its long-term strategic interests, the EU’s new infrastructure strategy is well-poised to find success in multipolarity driven by the various members’ own individual outlooks. It should seek to effectively coordinate with existing initiatives like the EPQI, B3W, and BDN in order not to be counterproductive. This will help build a broader umbrella of rules-based, democratic states partnering to promote value-based infrastructure in Asia and beyond.

Dr. Jagannath Panda is a Research Fellow and Centre Coordinator for East Asia at the Manohar Parrikar Institute for Defence Studies and Analyses, New Delhi. Dr. Panda is the Series Editor for “Routledge Studies on Think Asia”.

This piece is the first part of a four-part series on EU’s Global Gateway Strategy factoring the Asian powers/bloc, primarily China, India, Japan and ASEAN respectively.