Can Europe Move Past Its Economic Malaise? 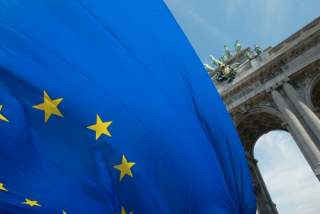 Will incoming European Commission president Jean-Claude Juncker’s cabinet assignments set the scene for an economic turnaround within the European Union? The answer to that question lies in whether they opt for political expediency—haphazardly trying to enforce arbitrary fiscal deficit targets—or push for market reforms.

Europe’s malaise and deficits stem from a decades-long piling up of bureaucracy and regulation that has made businesses less competitive and markets less flexible.

Unfortunately, many Europeans don’t see it that way. What were once welfare programs and protectionist laws enacted in booming times are now perceived as entitlements and full-blown human rights by more recent generations. Naturally, changing them is a political powder keg.

However, attacking deficits creates much less political backlash than reforming the entitlements that underlie them. Partly for that reason, previous EU Commissioners have fixated on imposing rigid fiscal deficit and debt thresholds, instead of rolling back Europe’s sclerotic bureaucracies. Helped by the implicit guarantee of the European Central Bank (ECB) establishing itself as the euro’s de facto lender of last resort, European policy makers have been able to kick the can down the road longer than anyone had thought possible.

Europe’s “muddling through” need not continue. Deficit targets are arbitrary and don’t address the more fundamental problem that Europe’s markets don’t work as they should. Deficits are merely the symptom of expanding bureaucracy, which is expensive in its own right. And deficits get pushed yet higher as more bureaucratic regulation gums up markets, creating lost output for which governments usually compensate with even more spending. Therefore, Juncker’s new cabinet ought to focus its energies in implementing reforms that improve market efficiency. Lower deficits will come with growing economies.

But simply advocating for reform will not be enough. Juncker & Co. will need to be good negotiators.

When ECB president Mario Draghi claimed he would do “whatever it takes” to keep the currency union together, he took away the EU’s only stick in negotiation: the threat of no debt relief, or even of expulsion. Now Juncker and his cohorts have only the carrot: offering fiscal flexibility in exchange for reforms.

Thankfully, the incoming appointees give reason for optimism. Of course, the appointment of former French finance minister Pierre Moscovici as EU Commissioner for Economic and Financial Affairs, Taxation, and Customs may end up being more of a counterweight for market reform than a catalyst. But two other key members have proven themselves capable of pushing through tough reforms in their own countries and hold posts that wield more power.

Former Latvian prime minister Valdis Dombrovskis is the new vice president for the Euro and Social Dialogue. Upon taking office as prime minister in 2009, he cut public salaries, trimmed pensions and began deregulating the Latvian economy. He also laid off nearly a third of government bureaucrats and shuttered half of all state agencies. It worked. Latvia returned to strong and positive growth by 2011. And he did all this with support from the Latvian people, who reelected him twice afterward.

Former Finnish finance and prime minister Jyrki Katainen is the new vice president for Economic and Monetary Affairs. In Finland, he reformed the country's overgenerous entitlement system, slashed the corporate tax rate and got the ball rolling on consolidating municipal functions. Katainen has already indicated his intentions to make “best use” of the EU’s rules on fiscal flexibility in getting countries to step up efforts on market reforms.

With the Commission’s anti-austerity block having become more vociferous lately and the EU having soft-pedaled on fiscal discipline in recent months as greater ECB easing has reinforced a sense of complacency, a new, reform-minded cabinet is welcome. Italian, Spanish and French politicians aren’t going to push through politically painful reforms to their rigid labor markets, overcompensated public workforces and wasteful bureaucracies without getting something in return. So, the EU ought to offer them flexibility in achieving deficit targets. That’s a small price to pay for long-term economic growth.

Matthew Melchiorre is an adjunct fellow at the Competitive Enterprise Institute, a free-market think tank in Washington, DC.