Can Europe Save Itself from Economic Disaster? 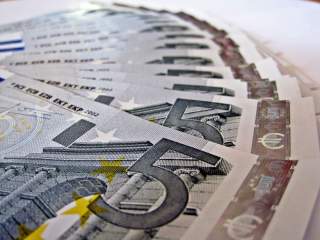 Europe is talking about fundamental reform, again. French president François Hollande has promised cuts in his country’s business taxes and a more streamlined approach to its labor-market regulation, both liberalizing moves that stand in stark contrast to the rhetoric on which he campaigned for office not too long ago. French prime minister Manuel Valls has travelled across the continent, even to Britain, reinforcing his president’s message. Italian prime minister Matteo Renzi recently won a no-confidence vote preliminary for the introduction of legislation on tax, product and labor-market reform. Spain, Greece and Portugal report economic progress as a consequence of liberalizing measures of their own.

All this should encourage those in Germany, Brussels and at the European Central Bank (ECB) who have pushed for such action. But the picture is far from clear and much speculation remains about whether this new reform commitment will go far enough or remain durable enough to lift the economic malaise that has settled on Europe’s periphery. Especially in the case of France, there is reason for suspicion about the government’s intentions.

Such a mélange of needs, efforts, motivations and doubts has understandably confused a lot of media coverage. Much commentary incorrectly couches Europe’s choices as a simple decision between austerity and growth, often characterizing austerity as if it were simply an ideological preference and missing the severe constraints imposed by the situation, as well as the subtle tradeoffs at work in Europe’s internal negotiations.

Frequently overlooked are the demands imposed by financial markets. These make any effort to abandon austerity extremely difficult, if not impossible. The problem here arises from the periphery’s past profligacy in government spending. It had so run up borrowing that now investors the world over hold vast amounts of these nations’ debts. Any turn away from austerity, especially a return to the free-spending policies of the past, would convince these investors that a renewed flood of borrowing was about to descend on markets. Worried over the value of their existing holdings and even about the ultimate ability of these countries to pay them back with interest, they would sell their present holdings and resist new purchases, driving up borrowing costs in the process to unsupportable levels and thereby threatening economic growth more than austerity could.

If such market considerations limit policy choices, Germany’s position makes a turn against austerity a practical dead end. Berlin has to insist on budget control. Having extended Germany’s economic and financial resources to help resolve the crisis, it knows that it has made the country more vulnerable than ever to the actions of the periphery. Worried, not unreasonably, that these governments, instead of using these funds to discharge their current obligations and so buy time to adjust their policies and practices, will use the help to return to their former, free-spending policies, Berlin worries equally about huge losses to the German taxpayer and the destruction of the country’s credit standing. Accordingly, it has made budget control a strict condition of any German assistance, a watchword, in fact, of the Eurozone's stability and growth pact by which EU—that is, German—assistance has flowed to troubled members of the zone.

But this insistence has won German chancellor Angela Merkel the sobriquet “queen of austerity.” Berlin has also always included a pro-growth aspect in its recommendations. Its entire approach relies on how in the 1990s, the country revived its own stagnant economy and troubled public finances. Strict budget control was a part of that program, to be sure, but more tellingly, so also were pro-growth reforms of the country’s then stifling labor practices and product regulations. Berlin has consistently pressed Europe to follow both aspects of its example. The ECB and the International Monetary Fund (IMF) have taken on the lesson and promoted this two-pronged approach as well. Sadly, much in the media has mixed up these positions, creating a false impression of conflict by assigning to Germany the austerity aspect alone and to the ECB and IMF the liberalizing reforms alone.

These mistaken characterizations get repeated frequently, even as Berlin has openly endorsed pro-growth reforms, even small ones. Chancellor Merkel, for instance, has described Renzi’s preliminary reform proposals as “impressive,” though they are hardly well formed and face an uphill battle in Italy’s parliament, and Renzi, for domestic political reasons, has falsely contrasted them with austerity. Whatever doubts Merkel and others in Berlin harbor, however, they have little choice but to offer encouragement, at least if they want to advance the growth aspect of their agenda. They have treated the new French reform push in a similar way.

Berlin must be especially skeptical of French reform efforts. Renzi, at least, campaigned on a reform platform. The prospect of turning Italian politics may be daunting, but it is apparent that Renzi and his party sincerely want to advance this agenda. That is not so clear with France. After all, Paris’ reform efforts to date are even less bold than Italy’s. In contrast to Renzi, Hollande campaigned for office on an anti-reform platform. There are also suspicions that Paris might choose to stress reform now simply as a negotiating tactic in its current efforts to get leeway from the EU’s spending and deficit strictures.

No doubt, such considerations have led Merkel to tie her every statement of support for French reform with a reminder of the continued need for budget control. Still, as with Italy, Berlin has little reason to voice its suspicions openly. Any statement of doubt could only hurt the agenda’s advance. After all, Hollande and his party may really have had a change of heart. Even if they have not, German leadership knows that too hard a line could push Paris’ precarious electoral balance in an even less desirable direction. In the words of Claire Demesmay of the German Council on Foreign Relations, “[whenever] Germany raises its voice, it mostly serves the [far-right, anti-Europe] National Front” and so hardly the pro-reform, cooperative agenda Berlin wants.

This fog of mixed motivations, cautions and dual agendas has, since the beginning of the Eurozone’s crisis, made it difficult to draw clear lines. The confusion will likely persist for some time to come, as all parties strive to hold the currency union together, while pursuing narrow national interests and fending off domestic opposition. The hope is that, despite the precarious nature of this balance, the periphery nations can pursue enough reform to revitalize their economies, lift this otherwise debilitating fiscal-financial crisis and serve the interests of the zone. If not, the experiment will fall apart, creating a different kind of clarity that none, at least none now in power, want.