Can Germany Face the Hard Truth About the Refugee Crisis? 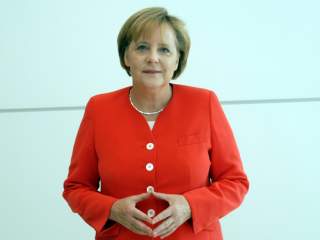 No country is experiencing greater difficulties in dealing with the Middle East refugee crisis than Germany. The big political parties are all at odds. The Christian Social Union, the sister party of Prime Minister Angela Merkel’s Christian Democratic Union, wants an upper ceiling on immigrants, compulsory integration for refugees and protection of borders. The Christian Democratic Union wants to police Europe’s borders more effectively and to combat the sources of the stream of refugees. Meanwhile, the Social Democratic Party is warning conservatives against fomenting panic, but doesn’t explain how. Interior Minister Thomas de Maizière is condemning general suspicions about refugees, but wants to deport the bad apples among them more quickly. Merkel continues to proclaim, “Wir schaffen das”—“we’ll get it done”—but is convincing fewer and fewer Germans that she will. Capping all the nonsense is the constant refrain of all the parties that a European solution is imperative, when they all know it will never happen.

In fact, Germany cannot find any support in Europe for its stance on the refugee question: in 2015 alone it accepted 1.1 million. Its partners are demonstratively distancing themselves from Berlin, a tendency that will become even more pronounced following the untoward events in the city of Cologne, where dozens of German women were sexually assaulted during a melee by over a thousand North African and Arab men on New Year’s Eve. Now everyone in Europe is talking about “the Cologne atmosphere,” which they would prefer to avoid.

The result is dire: Europe’s Schengen system is on its deathbed. Asylum homes are attacked daily. And the authorities are shutting down online forums because of the viciousness of comments about asylum seekers.

But a return to the cozy pre-refugee era is out of the question. The refugees are here. They have to be integrated. But the way forward is shrouded in fog. At the same time, sober discussion of the problem is impossible. The moral and political faction that represents what might be called Germany’s “welcome culture” rigorously throttles any attempt to discern a connection between refugees and the danger of Islamic terror. This became particularly clear after the recent attacks in Paris.

But since the attacks, it has become clear that at least two of the suspected terrorists traveled into Europe via refugee routes. The men may have used false Syrian passports and simply pretended to be refugees. For the German public and security services, this came as a shock. Such a possibility they had derogated as an “abstract danger” for which they were no “concrete indications.” The path, we were told, was too far for potential terrorists. It was too dangerous. It wasn’t well-suited for transporting the necessary equipment to carry out an attack. And so on. Even today, thousands of refugees are living in Germany who were never registered upon arrival.

The skeptics of today’s refugee policy—the term “concerned citizens” is now being used as a term of aspersion by the pro-refugee faction—are not represented by any party in parliament, but are announcing themselves with increasing vigor in the media and in opinion polls. Still, according to a poll by the Allensbach Institute, nearly half of all Germans are afraid to voice their opinion about the refugee crisis. Germany, you could say, is divided once again. One side has fear of Überfremdung (over-foreignization), of Islam, of radicalization, of limitless immigration. Their opponents have opened their hearts to the refugees and believe in their ability to integrate into German society.

Is suppression at play here? That would revive a nasty theme in German history. After the Second World War, the crimes of the Third Reich were suppressed. During the Cold War, many did not want to acknowledge the crimes of the Communists. Are Germans now suppressing what awaits their country thanks to the high number of immigrants?

Malte Lehming is an editor at Der Tagesspiegel in Berlin.