Can Hong Kong Keep Its Autonomy? 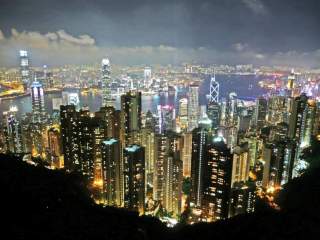 When Britain handed Hong Kong back to Chinese rule during a rainy midnight ceremony in 1997—with a dispirited Prince Charles then sailing away on his mother’s yacht—there were hopes the thriving city would long keep intact its many existing freedoms under a new “One Country, Two Systems” method of governance agreed to by China and Great Britain.

But ever since, China has steadily eroded those freedoms and is doing so these days at a faster rate. After first abandoning an implied promise to let Hong Kong citizens choose their own officials in free elections by 2007, Beijing has persistently diminished Hong Kong’s civic space, particularly since Xi Jinping took over the Chinese government and ruling party four years ago. Thus new setbacks surface almost daily as Beijing’s officials try to ‘harmonize’ Hong Kong’s civil society, squelching activities they find discordant.

One key reason is fear of political contagion. President Xi wants to reform both his slowing economy and the Communist Party, giving the former new energy while making the latter more obedient and less corrupt. But vested interests resist change and a cynical public has lost faith in official dogma. Xi has responded with increased repression as he centralizes power, often jailing disputatious citizens for such dubious crimes as an otherwise undefined “making trouble.” By that standard, Hong Kong residents make all too much trouble too often—publicly challenging the party line and local government policies. This feeds spurious Chinese claims that foreign agitators, especially British and American, promote these demands for greater local democracy. Afraid that liberal ideas will seep across the border and infect the general populace, Beijing is intensifying efforts to bring Hong Kong’s public life into line.

All this suggests a bleak future for those who expected the promised ‘high degree of autonomy’ to retain substantive meaning for at least 50 years; the One Country, Two Systems regime is due to expire in 2047. Though Hong Kong remains far from just another Chinese city under tight Communist Party rule—for some time it’s likely to retain civic rights that Beijing won’t allow elsewhere—the squeeze is on. Residents face a continued subversion of privileges and political autonomy they had every reason to expect, deeply disappointing them and those overseas who prefer democratic politics to Leninist one-party rule.

Hong Kong kept its own legal system, based on British common law with an independent judiciary—unlike the mainland’s system where the ruling party controls the judges. Although the city’s leaders have kowtowed to Beijing and sent a few controversial cases north for China’s parliament to resolve, for the most part Hong Kong’s system has been kept separate and intact. It is now, however, under threat.

One egregious example concerns five publishing executives responsible for highly speculative books (lightly sourced, if at all) devoted to alleged sex and corruption scandals involving senior mainland officials. Available in Hong Kong but banned in China, they often sell to mainland visitors though the works seldom are taken more seriously than supermarket tabloids in America. However scurrilous, they are not illegal under Hong Kong law.

But Beijing officials obviously do not approve and decided to act—in clear violation of laws that set forth how Hong Kong is to be governed. Beijing’s agents apparently seized one executive (who carries a Swedish passport) at his vacation home in Thailand and hustled him to the mainland in secrecy. (However, on Chinese television last week he claimed to have returned ‘voluntarily’ to face a 2003 drink-driving charge and told Swedish diplomats to stay away.) Others were lured across the border to nearby Shenzhen and arrested; a fifth was apparently grabbed inside Hong Kong itself and taken secretly to the mainland by force, ignoring such legalities as passport control or lawful extradition. They may all face charges such as ‘subversion,’ an increasingly elastic term under Chinese law.

Hong Kong’s Chief Executive, Leung Chun-ying, has agreed that Hong Kong residents shouldn’t be taken from their homes by unknown agents, and has promised to look into the case. But few outsiders expect useful results; his main priority appears to be pleasing Beijing and gaining a second term in office. From China’s viewpoint, the tactic has worked; the frightened publishing company has scrapped its latest work—“Xi Jinping’s Nightmare”—because the author doesn’t want to be “the next one to disappear,” as he explained. Beyond that, several Hong Kong bookstores have stopped selling any works about Chinese politics or leaders for fear of reprisals.

Many Hong Kong legal experts call this a grave threat to the entire system if mainland authorities feel free to cross the border and punish those whose actions they dislike—despite the law. Significantly, one Beijing official concerned with overseeing its Hong Kong policy has questioned the basic concept of an independent judiciary, claiming judges should be considered bureaucrats whose main job is to enforce government decisions.

Hong Kong is justly proud of its seven universities; a few make short lists of the world’s leading institutions. But a Beijing-inspired campaign for intellectual conformity is taking hold, leaving many academics worried about the future. Consider a failed effort to appoint law professor Johannes Chan to a senior administrative post at the University of Hong Kong, the flagship school. The main reasons were not his qualifications but his outspoken support for the greater local democracy that Beijing opposes plus his close friendship with a law colleague who helped organize Occupy Central, the unfocused and unsuccessful mass protest intended to force political concessions. (Never mind that Professor Chan himself publicly called Occupy Central a bad idea.) Beijing’s Hong Kong-based representatives, local officials and business leaders who obediently toe the party line for commercial reasons combined to block the Chan appointment that most students, faculty and university deans favored.

Since then, Chief Executive Leung has appointed Arthur Li, a member of one of Hong Kong’s wealthiest and most influential families, to head the university’s governing council. The combative Mr. Li, who had a rocky time at another leading school, has vowed to “put the strategic direction of the university on the right track” within six months, and won’t let professors hide “behind the slogan of academic freedom in order not to do their work.”  Ending the ‘anarchy’ and ‘mob rule’ of student protests also are chief goals.

Meantime, there are recurring reports of other efforts to restrict political and social studies. The president of Lingnan University, for example, has warned faculty members to “be cautious in your speech and conduct . . . or you will bear the consequences.”

Hong Kong often boasts that it has a free press, but qualification is needed. Since 1997, many owners of broadcast and print media—hoping to protect other business interests in China—have made self-censorship common, and the trend continues. For example, the 2015 Reporters without Borders Press Freedom Index ranked Hong Kong 70th among 180 nations, down sharply from 61st a year earlier. A recent University of Hong Kong poll found that most local journalists believe unofficial censorship has increased during the past year. Some actions are overt. A few critical editors have been assaulted on Hong Kong streets, with others merely fired. The long-respected Hong Kong Economic Journal dropped a popular columnist who often criticized local officials. Apple Daily, a popular tabloid that combines racy stories with critical commentary, recently had delivery trucks stalled for three days by a mask-wearing mob, which police wouldn’t disperse. A local television station refused to broadcast video of a policeman striking a peaceful Occupy Central protester.

The recent sale of the South China Morning Post, the city’s leading English-language newspaper with a worldwide online readership, has also caused concern. The new owner is China’s Internet giant, the Ali Baba Group, and chief executive Jack Ma has promised to preserve the paper’s editorial independence. But observers wonder if this can be possible; his company needs good relations with Beijing authorities to remain a business success. It is feared that his acquisition may soon resemble a less credible English-language paper, Beijing’s official China Daily.

Pro-democrats in Hong Kong want universal suffrage for all 70 Legislative Council (Legco) members—not just half—as well as for Hong Kong’s chief executive, but Beijing won’t let it happen. Despite contrary advice from Western diplomats—who argued that something is better than nothing—they rejected what China did offer, a popular vote for the top job but with choice limited to candidates given its prior approval. The result is impasse; polls consistently show that most residents want a more democratic system but no significant reform is in sight.

That seems fine to Chief Executive Leung. He barely mentioned politics in his annual policy address earlier this month, but did cite one of President Xi’s pet projects dozens of times. That’s the “One Belt, One Road” program designed to spread Chinese influence across Central Asia, a faraway economic development plan of little interest to Hong Kong companies. Even so, he said a Belt and Road Office will be established to help local investors get involved. He had much less to say about pressing local issues, though he has urged Hong Kong voters to turn out pro-democrats in Legco elections later this year.