Can Iran and Azerbaijan Avoid a Relapse in Tensions? 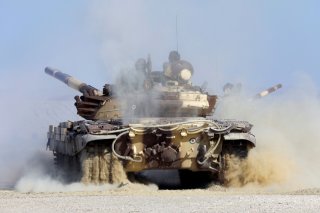 Although the tensions that rankled Iran and Azerbaijan in the fall of 2021 have now subsided, the frictions underpinning their quarrel remain unresolved. This suggests that their rapprochement may be short-lived.

Recognizing the potential for future conflict requires reexamining Armenia and Azerbaijan’s 2020 conflict over Nagorno-Karabakh, an Armenian-administered enclave that is internationally recognized as a part of Azerbaijan. After forty-four days of fighting, Azerbaijani forces reclaimed a significant part of Nagorno-Karabakh and its seven adjacent districts from Armenia—giving Azerbaijan full control of its former border with Iran—thanks to decisive Turkish military support and Israeli weapons. A Russian-brokered ceasefire then legitimized the new status quo to Iran’s detriment.

To be sure, Iran’s impotence was on full display throughout the war—during which artillery fire fell on Iranian territory—as the combatants ignored Tehran’s calls for a ceasefire and its offers to mediate a resolution. Further, as Armenia, Iran’s strategic regional partner and northern neighbor, was being trounced by Azerbaijan and Turkey, Tehran backed Baku’s right to “liberate” its “occupied” lands—a calculated move to quell Azerbaijani nationalism within Iran and to assert that international law alone defines national borders.

Yet Azerbaijan’s ensuing victory only served to whet its appetite. On February 6, 2021, Azerbaijani president Ilham Aliyev laid claim to Armenia’s southeastern Syunik province and threatened to open a corridor across it by force. Known as the Zangezur corridor, this transportation route connecting Azerbaijan to its western exclave, Nakhchivan, through Armenia has been a long-sought Azerbaijani and Turkish goal. In fact, in June 2021, Aliyev and Turkish president Recep Tayyip Erdogan signed the “Shusha Declaration on Allied Relations Between the Republic of Azerbaijan and the Republic of Turkey,” a political and economic roadmap that cemented their alliance with a mutual defense pact and a pledge to construct the Zangezur corridor. By uniting all of Azerbaijan, this corridor would link the European Union, Turkey, and Central Asia via the Caspian Sea, furthering Turkey’s goal of uniting the Turkic world and positioning Azerbaijan as a potential “priority vector” for China’s Belt and Road Initiative.

This posturing raises troubling questions for Iran. Efforts to impose the Zangezur corridor on a weakened Armenia would cross Tehran’s red line against forcibly changing international borders while palpably increasing Turkey’s regional influence. Certainly, Iran has closely monitored Azerbaijan’s flourishing political and defense ties with Turkey. The two neighbors, often described as “one nation, two states” due to their shared culture and history, are honing the Azerbaijani Armed Forces into what Aliyev has called “a smaller version of the Turkish army” via extensive training, joint drills, and weapons sales. Iran saw the results of this alliance in the 2020 conflict: Turkey’s provisions of advanced drones and Syrian mercenaries helped Azerbaijan decimate Armenia’s ground forces.

Moreover, despite Azerbaijan and Iran’s recent reconciliation, some analysts have warned that Azerbaijan’s reunification would encircle Iran in a “Turkic arc,” thereby eliminating Baku’s dependence on Tehran while conditioning Iran’s access to the South Caucasus on Turkish and Azerbaijani acquiescence. But the consequences are far from clear. Fuad Chiragov points out that Iran and Azerbaijan’s plans to economically integrate blunt the prospects of violent geopolitical competition. Nevertheless, today’s integrative policies can become tomorrow’s sources of leverage when tensions rise; transport links that once united nations can be abruptly cut off much as reliance on foreign energy reserves can be weaponized.

These changing regional dynamics explain why tensions flared again in the fall of 2021. On September 12, 2021, the same day that Azerbaijan, Turkey, and Pakistan initiated their “Three Brothers 2021” military exercises in the Caspian Sea to Iran’s north, Azerbaijani border authorities began charging Iranian vehicles a “road tax” and arrested two Iranians for violating Azerbaijani sovereignty by driving to Nagorno-Karabakh. Iran’s Islamic Revolutionary Guard Corps (IRGC) then launched an unprecedented military exercise on its border with Azerbaijan on October 1, 2021, just days after the anniversary of the 2020 Nagorno-Karabakh war. Iran’s war games were a response to more than just a border dispute. Iranian officials were explicit that the IRGC’s “Khyber Conquerors” exercise was a rejoinder to increasing Israeli influence in Azerbaijan, even as they stated that threats to sovereign borders and the presence of Syrian “terrorists” in Azerbaijan also provoked the IRGC’s actions.

Of course, Iran has reason to be paranoid about Israel’s strategic partnership with Azerbaijan, which the latter’s president once described as an “iceberg,” where “nine-tenths of it is below the surface.” Specifically, Iran is not only concerned that Azerbaijan is buying billions of dollars of advanced Israeli military equipment, but also that Israeli military and intelligence assets are operating from Azerbaijani territory. Unsurprisingly, Baku’s denials and efforts to downplay its strong ties to Israel have been unable to assuage officials in Tehran. Iranians are well aware that their intelligence and security services have struggled for years to contain an embarrassing and effective assassination and sabotage campaign—widely attributed to Israel—that has targeted their nuclear facilities and scientists. Israeli intelligence additionally helped the United States assassinate Qassem Soleimani, the revered Iranian general who headed the IRGC’s elite Quds Force, and plundered a top-secret nuclear archive before sharing its contents with the world. Clearly, Israel has little trouble infiltrating Iran—and Iranian officials are intent on stopping it.

Considered alongside Turkey’s decision to send Syrian mercenaries—whom former Iranian president Hasan Rouhani decried as “terrorists that Iran has fought for years”—to fight alongside Azerbaijan in the 2020 Nagorno-Karabakh war, Iranian officials have reason to feel that the region’s wars are coming home. Tehran’s forward defense security doctrine has sought to engage Iran’s adversaries outside of Iran (in places like Iraq, Syria, Lebanon, and Yemen), but this has come at a cost. First, as Borzou Daragahi notes, Iran’s fixation on contesting the United States, Israel, and Saudi Arabia has led it to underinvest in diplomatic and intelligence capabilities in the Caucasus, creating a “blind spot” that relegated it to being a bystander in the 2020 conflict. Second, Iran’s efforts to encircle Israel in Lebanon, Syria, and Gaza have prompted Israel to normalize relations with Iran’s neighbors via the Abraham Accords, an initiative that reportedly includes Azerbaijan. “Tehran clearly feels the pressure from what it sees as an Israeli strategy of encirclement,” Alex Vatanka, the director of the Middle East Institute’s Iran Program, wrote last October. “At no point in its history has Israel had so many sets of diplomatic, economic, and military-intelligence relations with countries bordering Iran.”

Now, with Israel close and other hostile militants positioned just over the border, Tehran is hedging for future conflict. This maneuvering explains why the IRGC Quds Force, which directs armed movements in Iraq, Syria, Lebanon, Yemen, and Afghanistan, recently activated a brigade within Shia-majority Azerbaijan, the Huseynyun. Although little is known about the group’s numbers or capabilities, it could act as a sleeper cell in the case of renewed hostilities with Azerbaijan, or even serve as a deterrent against Azerbaijani officials stirring up nationalist sentiment with Iranians of Azerbaijani or Turkic descent. Even so, Brenda Shafer astutely perceived that Iran’s enmity towards Azerbaijan predates the latter’s relationship with Israel, and has included fomenting Islamist insurgents and carrying out terrorist plots. This all suggests that the sources of tension between Iran and Azerbaijan run deep, and that, regardless of their recent rapprochement, more aggression could be in the offing.