Can Iran Get Out of Its Own Way? 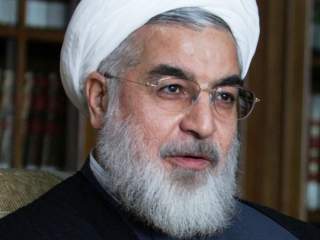 Iran wasted no time seizing its newfound diplomatic maneuverability. Two weeks after its nuclear deal with global powers was implemented, President Hassan Rouhani arrived in Italy and France with a clear message to the world: Iran is open for business. De-escalating tensions with the West facilitated $55 billion worth of deals in four days. Far from freelancing, Iran is moving to implement a strategic development vision—one that has been on the books for over a decade. Reducing external conflict has proven to be the easy part. Getting out of its own way has long been Iran’s Achilles heel.

If this seems like déjà vu, that’s because it is. Iran’s global outreach during the presidencies of Hashemi Rafsanjani and Mohammad Khatami produced robust economic relationships with much of Europe and Asia. Like Rouhani today, they traveled around the world to foster improved political ties that would facilitate much needed foreign investment. Their success helped spur Iran’s ruling elite to debate and compose a strategic vision for the Islamic Republic. Despite perpetually conflicting power centers, they were able to hammer out a common vision—signed off by Supreme Leader Ali Khamenei.

Iran’s strategic plan—called the Twenty Year National Vision, or Vision 2025—outlines political, economic and social goals that facilitate its broader ambition: Becoming the Middle East’s top power by the year 2025. More specifically, the plan seeks to create a progressive, knowledge-based society with economic growth based on a large portion of human and social capital, and growth of human and social capital through education and economic capacity building. Creating this knowledge-based society requires Iran’s leaders to prioritize the generation and transfer of knowledge, technology, jobs and foreign investment.

To that end, Vision 2025 acknowledges that Iran’s development depends on productive interactions with the world. Minimizing tensions while maximizing peace and trust facilitates the acquisition of foreign investment and technologies needed to develop the country. Iran is pursuing this agenda in an effort to increase government legitimacy and security among Iranian society through improved economic conditions.

A glance at the deals signed in Rome and Paris illustrates the Rouhani’s government’s prioritization of economic and technological cooperation—in energy, construction, aviation and finance, to name a few. This distinction should not be overlooked: Vision 2025 is a roadmap for Iran to achieve its goals of survival and regional primacy through economic and technological progress, rather than simply through military capabilities or hegemony.

Recognizing that some degree of accommodation with the United States and European Union is necessary to achieve stability and development, Rouhani’s team views decreasing internal cohesion—not external tensions—as the most significant threats to Iran’s national security. To that end, they emphasize the need to resolve external tensions because of the political space it provides to address internal fissures that could threaten the Islamic Republic’s survival.

Alliances and enmities shift regularly in Iranian politics, but survival of the system is the shared goal of all stakeholders. Thus far, Rouhani’s political coalition has won Iran’s internal political debate by arguing that survival is better guaranteed through flexibility than intransigence. This pragmatic approach has shown a greater capacity to contextualize issues and assess policies on a more evenhanded cost/benefit analysis. In doing so, they have demonstrated that resolving the nuclear issue was instrumental to their real goal of recognition and reintegration in the international system as an equal player—a core tenet of Vision 2025.

It has taken the Iranian government over a decade to reach this point because a combination of geopolitical tensions and misguided domestic policies caused Iran to deviate from its stated goals.

As external tensions with Western countries spiked under Ahmadinejad, hardliners justified empowering the military-security apparatus as a necessary instrument for countering threats to the Islamic Republic’s survival. To hear senior Iranian officials tell it, Tehran invested more money into security and intelligence operations, budget allocations ballooned, and new projects proliferated—all of which likely would not have happened under normal circumstances. Iranian stakeholders were unable to argue against the need to protect their survival, and Iran’s overall development was impeded as a result.

With the nuclear deal establishing new channels to reduce external tensions, Iranian stakeholders can no longer blame foreign powers for threatening their survival. Only one threat to the Islamic Republic’s survival remains: Iran’s misguided economic policies. The Iranian economy has continuously underperformed, and suffered from a litany of shortcomings, including but not limited to: Mismanagement, corruption, unemployment, insufficient legal frameworks for foreign investment, politicized decision-making and the lack of an economic doctrine.

This is why Rouhani emphasized to European businessmen and politicians that “Iran is the safest, the most stable country in the entire region,” and “We invite you to invest and we will provide stability and ensure that you can make adequate returns.” Seeing Vision 2025 to fruition will require heavy investment in human capital, information and communications technology, and modern infrastructure, as well as sustained support for sector development, innovation, and entrepreneurship.

Looking ahead, the litmus test for Iranian decision-makers will be implementing the requisite economic doctrine that sustains buy in both at home and abroad. There are vested interests that will likely fight against losing their preferential economic positioning as Iran’s post-sanctions economy opens up. Rouhani’s challenge is convincing a majority of stakeholders that maximizing the number of domestic economic beneficiaries helps solidify the Islamic Republic’s long-term survival, as outlined in Vision 2025.

Despite having the strategic vision to become an economic and technological power for over a decade, geopolitical conflict and domestic mismanagement have prevented Iran from following through with its plan. With external tensions simmering down, the Iranian government will increasingly be forced to take a long look in the mirror, make choices that will define its own future and bear the corresponding responsibility. No more foreign bogeyman. Iran’s foremost national security threat is not war with the United States, but rather being at war with itself. Getting out of its own way is Iran’s surest path to reaching its vast potential.