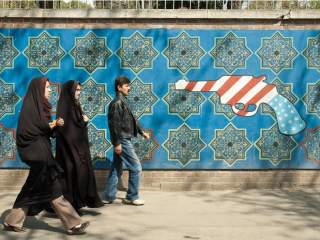 The dramatic seizure of American navy sailors in the Persian Gulf by the Iranian Revolutionary Guards could have endangered Implementation Day—when on January 16 Iranian compliance with the nuclear agreement so far was verified and the international sanctions against Iran lifted. Instead of derailing the deal, however, the Guards used the incident, as well as the highly publicized prisoner swap, as symbolic events to send the world a message. By detaining the vessels and broadcasting images of its crew to a global audience, the Guards used the opportunity to reveal the future path of Iranian foreign policy in the wake of the nuclear agreement—a path that can be best described as ‘pragmatic revolutionism.’ Rather than view the incident as either a sign of Iranian belligerence or diplomatic cordiality, U.S. policymakers would be wise to understand the inherent complexity behind Iranian decision making and correctly interpret Iran’s actions.

By capturing and releasing the American sailors, the Revolutionary Guards demonstrated their firm resolve to defend a revolutionary Iran as well as their commitment to the nuclear agreement and the possibility of greater future diplomacy. The Guard’s audacious exhibition of the captured American sailors, a source of embarrassment for the United States, was intended to demonstrate their power and ‘revolutionary’ confidence to domestic and international audiences at the very moment when the nuclear deal was so close to being implemented and international sanctions lifted.

The Guards could have potentially used the incident to derail the agreement, but they did not. The reason is simple: the Guards favor the agreement as it lifts economic sanctions and empowers Iran’s position and legitimacy at both regional and international levels. It is not the deal that they necessarily have a problem with but rather the political and economic agenda of President Hassan Rouhani and his aims to moderate the foreign policy of the country. The Guards aim to use the nuclear agreement’s economic opening and the newly conducive international conditions to strengthen Iran’s revolutionary path. Alongside Iran’s outreach to the West, they wish to retain Iran’s proximity to Russia and China in the geopolitical sphere while enhancing its support for groups that resist American and Israeli objectives in the Middle East.

Iran thus seeks to establish pragmatic relations with the West, particularly with the European Union. And it will not close its doors to future U.S.-Iran engagement, even despite strong statements made by the Iranian Supreme Leader Ayatollah Ali Khamenei against closer ties. In practice, this means that Iran’s hardliners view an opening with the West, particularly with the United States, as one that will have to be slowly and delicately managed.

In order to grasp why a potential opening would have to be carefully managed, one has to understand the strategic imperative behind Iranian anti-Americanism. At the core of this calculus is the belief that anti-Americanism advances Iranian interests and objectives regionally. It has been a critical component of Iran’s foreign policy since the revolution and is viewed as a major source of its legitimacy and power in the Middle East. If Iran were to simply open ties with the United States or eliminate its anti-American disposition, it could risk losing much of its regional standing and effectiveness. For over three decades, Iran has burnished its image as a revolutionary power and has been cultivating networks of resistance and opposition to American policy in the Middle East. It will not risk throwing that away for an uncertain future.

From a revolutionary perspective, challenging the United States has provided a very easy way for Iran to catapult itself into a position of power on the world stage. As a lesser power, Iran gains respect by picking a fight with the world’s greatest power, the “big bully”—and not only survives to tell the tale but emerges victorious in some of its battles as well. The underdog message is simple: an anti-American Iran is a more powerful Iran.

Consequently, even if relations between Iran and the United States improve, Iran’s revolutionary discourse on the United States will not drastically change. There is certainly potential for greater cooperation on areas of mutual interest, but for Iran these will have to be accomplished on the basis of mutual respect and recognition of the Islamic Republic’s independence and legitimacy—including that of the Revolutionary Guards and the Supreme Leader. For these groups, however, normalization with the United States in which Iran fundamentally shifts its policies and beliefs is far too costly and contradictory to how it views the ideological roots of its power both domestically and abroad. This guarded approach is best expressed by IRGC Commander Mohammad Ali Jafari’s warning of a “nuclear sedition” and Ayatollah Khamenei’s statements on the threat of American “infiltration.”

However, there may perhaps be a silver lining for American policymakers. The current escalation of the cold war between Iran and Saudi Arabia, while dangerous and harmful for regional stability, may present Washington with room for maneuver. As escalation increases, Iran may perceive a benefit to greater engagement with the United States—or at least with not confronting it—so as to deprive Saudi Arabia of receiving near unconditional U.S. support and backing. The United States, in turn, would thus further its leverage over Saudi Arabia to balance between it and Iran, especially at this juncture when the Saudis are adopting an increasingly risky and bellicose foreign policy in the Middle East. Calibrating these different demands will of course be a delicate diplomatic task for the United States as the Saudis may try to up the stakes to force the U.S. hand of support. At the end of the day, however, Iranian hardliners may not mind. After all, their image and ideology rests on resistance, not conciliation with the United States.

Payam Mohseni is Inaugural Director of the Belfer Center’s Iran Project and Fellow for Iran Studies at the Center. He is also a Lecturer on Government in the Department of Government at Harvard University and co-chair of the Eastern Mediterranean and Europe Study Group at Harvard’s Center for European Studies.