Can an Israeli-Saudi Détente Work? 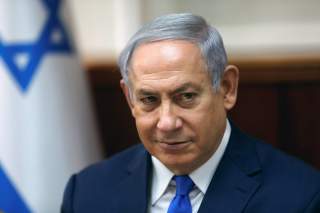 Prime Minister Benjamin Netanyahu is not shy about referring to the supposedly secretive ties he is cultivating with Arab states with which Israel lacks formal relations. “Our productive cooperation with Arab states is secret cooperation. . . . I believe that [these ties] will bear fruit and broaden the circle of peace . . . In the end it will happen, because it happens all the time beneath the surface,” Netanyahu said at a memorial service for the late prime minister David Ben-Gurion in November of 2017. However, there are limitations on the public displays of those relations, like the ties between Jerusalem and Riyadh, for example. In turn, that places some limitations on the relations themselves, and affects Israel’s regional strategy vis-à-vis Iran. This subject is particularly relevant and significant because the United States is reportedly planning to unveil a new Israeli-Palestinian peace initiative, coupled with a comprehensive regional strategy for coping with the dangers posed by the Iranian-led axis.

According to many press reports on Israeli-Saudi cooperation, the two countries’ intelligence-security relationship, while not new, is now reaching unprecedented heights. What is more surprising than the covert relations is the clear and identifiable trend of Saudi Arabia warming up to Israel in the public arena. It is reflected in the permission it grants to “unofficial officials,” including former senior officials and members of the royal family, to meet publicly with Israelis.

It is also apparent from the trend of the tightly controlled Saudi press portraying Israel in a more positive light. Recently, Israeli officials have been granted access to Saudi media outlets, such as when Lt. Gen. Gadi Eizenkot was interviewed by the newspaper Elaph, and he publicly expressed willingness to share intelligence with Arab partners seeking to contain Iran. These steps are probably motivated in part by Riyadh’s desire to get the Saudi public used to the possibility of more public relations between Saudi Arabia and Israel, after years of anti-Israel and sometimes anti-Semitic materials spouted by educational, religious and political authorities.

The question that needs asking, then, is: in light of similar defense priorities in Jerusalem and Riyadh regarding the Iranian threat, is the latter willing to concede on some of its demands regarding the Palestinians?

This is a question of great interest to the government of Israel, which has promoted an “Inside-Out approach” of building closer ties with countries like Saudi Arabia in order to help bring about a breakthrough in the Israeli-Palestinian peace process. Saudi Arabia’s Foreign Minister Adel al-Jubeir sent a mixed message on the subject: On the one hand, he has denied the possibility that Riyadh will build ties with Jerusalem before the Palestinian issue is resolved, and noted that Israel’s acceptance of the 2002 Arab Peace Initiative (API) is a prerequisite for (open) Israeli-Saudi relations. On the other hand, he conceded that the API’s terms were flexible on the basis of what the Palestinians are willing to accept.

Saudi Arabia now finds itself in the midst of top-down economic and political transitions in the domestic arena, while hoping to transform its gradualist and risk-averse foreign policy into one of leadership in the Arab Middle East. As part of the latter, the kingdom undertook a number of bold regional steps—some met with great controversy—in order to shift the regional balance in its favor and stem Iran’s rising fortunes. However, the boldness that characterizes Crown Prince Mohammed bin Salman’s (MBS) struggle against Iran has not translated into a more active role in the Israeli-Palestinian political process, which could be instrumental in promoting a united front against Iran.

In this context, it is possible that going public with Saudi Arabia’s ties with Israel is a step too far, and may arouse much opposition from the public, the religious establishment and the kingdom’s regional rivals in Tehran and Doha. In addition, the internal situation in the kingdom is particularly sensitive right now, as MBS is in the process of consolidating power and there is reason to doubt whether the crown prince is prepared for the criticism and opposition that will follow any such step.

What could bring about a change in the kingdom’s position? Positive and concrete steps to advance the peace process combined with a promise from Washington to increase pressure on Iran, followed by more than just words. In this context, Israeli confidence building measures towards the Palestinians could serve Saudi and U.S. interests in terms of the peace process (and perhaps Israel’s as well)—and all three countries would benefit from greater cooperation in pushing back on Iran’s bid for regional hegemony.

One would also be remiss to ignore the possibility that MBS could choose to circumvent the Israeli-Palestinian issue if it is in his interest to do so. There are a variety of ways in which this scenario could play out: Israel could incentivize him vis-à-vis Iran, or the United States could incentivize him with assistance against the Iran-linked Houthis in Yemen. Or MBS may simply decide the cost is not prohibitively high, and that he is willing to take a bold step for peace on a matter of principle. Indeed, there is one problem in conducting a cost-benefit analysis of this issue from MBS’ perspective and assuming that he will act accordingly: people do not always do what experts determine is in their interest. This is especially true of the crown prince, who has proven himself time and again to be an unpredictable actor.

The Limits of Saudi Power

Yet it is important to assess any such possibility for Israeli-Saudi relations in a realistic, rather than a euphoric, light. In Israel, many tend to see the proactive Saudi policies positively, though the major foreign-policy moves Riyadh has made in recent years—in particular those against the Houthis in Yemen and Qatar—inadvertently exposed the limits of Saudi power. Therefore, even beyond the limitations of the relationship discussed above, Israel should not overestimate the power and influence of Saudi Arabia, as well as its potential contribution to mounting a regional response to Iranian aggression.

In the past, Saudi Arabia’s power lay in its influence in the Arab and Muslim worlds due to the king’s role as “the custodian of the two holy shrines,” its economic power due to dominance in the energy market, and the fact that it had U.S. political and military backing. All of those sources of strength now seem to be cracking.

The religious establishment in Saudi Arabia suffers from a legitimacy deficit that severely weakens its influence around the globe. Even within the kingdom, those outside the regime’s payroll are seen by many as the true spiritual leaders who can speak to people about issues that concern and excite them, rather than the topics assigned them by the royal family. Also, Riyadh’s strategy of pouring billions of dollars to propagate a radical form of Islam around the globe that fit its needs is no longer financially or politically viable. In fact, the Wahhabi brushfire that the Saudis have fueled over recent decades may not only cease to serve the monarchy, but could actually turn against it, as was the case with Salafi jihadi groups like Al Qaeda.

Similarly, the era of Saudi Arabia’s fabulous wealth is over, and the kingdom now faces the challenge of shifting its economic trajectory away from its current path, which is leading to bankruptcy within the next decade or two. Its current economic state is a result of a combination of worrying factors: the creation of an unsustainably expensive welfare state, a population that has grown at an extremely high rate, and a decline in revenues because of overdependence on oil and slumping energy prices. While little can be done regarding the kingdom’s high population-growth rate (though it is gradually slowing), MBS hopes to focus on the other two factors, cutting back the welfare state and increasing revenue by diversifying state income away from oil.

Finally, the U.S.-Saudi bond appears to be slowly breaking despite best efforts on both sides. Conflicting values and cultures have made Saudi Arabia extremely unpopular in Washington, as is evident from its role at the center of the Justice Against Sponsors of Terrorism Act. At the same time, the United States’ reputation has also suffered in Riyadh, as its responses to uprisings in Egypt and Syria have convinced the Saudis that Washington is not a dependable ally. Until they can find adequate replacements for one another, it is likely that the unsatisfying relationship will endure between the two.

Israel and Saudi Arabia have many shared interests, but there are also numerous instances where their interests diverge. The latter was evident when MBS forced the resignation of Lebanon’s Prime Minister Saad Hariri as a means to remove the fig leaf of legitimacy covering Iranian-Hezbollah activity in Lebanon. Israel did not approve of this move, because it had the potential to destabilize Lebanon and ultimately cause the situation on its northern front to deteriorate into a destructive and dangerous war.

Saudi Arabia has a great deal to offer Israel, including financial resources, geographic proximity to Iran (allowing for a wide range of intelligence and operational capabilities) and influence among minorities in Iran that can be utilized as proxy forces. These are advantages that Israel should capitalize on. However, it is also important to recognize the kingdom’s limitations, and the dangers that emanate from depending on an unpredictable regime like that in Riyadh. So Israel would also be well advised to simultaneously prepare for its potential decline, and the possibility that the lion’s share of the struggle against Iran will fall on Israel’s shoulders.