Can Japan and Korea Overcome Their Dark Past? 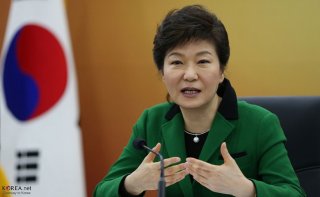 The past year has seen a notable, if not dramatic, change in the tone of relations between South Korea and Japan. Last December, both sides agreed to a landmark deal to resolve their decades-long heated row over so-called “comfort women”—a euphemism given to women forced into providing sexual services to Japanese military officials during World War Two. The resolution of the longstanding bilateral irritant has been framed as “final and irreversible” by Tokyo, which has also taken pains to explain that its provision of the one billion yen (approximately $8.3 million in U.S. dollars) that it recently deposited into the bank account of the foundation, established by the Korean government, tasked with assisting the former comfort women.

The comfort women deal has opened some political space in Seoul for a return to normalized relations with Tokyo. On the political side, there has been an increase of high-level dialogue and Japan will host the South Korean foreign minister this week, along with that of China, for an important trilateral foreign ministers meeting in Tokyo. Japan and Korea remain tied economically and are—more often than not—dependent on the same supply chain for many of their critical export products. Indeed, Tokyo and Seoul have an extraordinarily close economic relationship and remain the third biggest trading partners to each other after only China and the United States. There is an opportunity now to strengthen bilateral trade and investment—both of which have been dropping sharply over the past five years.

There has also been a strengthening of trilateral efforts—alongside the United States—to deter provocations from North Korea. Tokyo and Seoul share concern and national security interests in mitigating the expansion of Pyongyang’s nuclear weapons and missiles programs. This has become even more apparent as the North continues to act aggressively in the region—through nuclear and missiles tests—in defiance of the United Nations regime. Unfortunately, trilateral efforts from to deter the North, while not insignificant, have lagged in recent years due to rocky political ties between Tokyo and Seoul. This has thus far inhibited critical baseline security agreements such as a bilateral General Security of Military Information Agreement (GSOMIA) or an Acquisition and Cross Servicing Agreement (ACSA).

Despite some positive signs in the bilateral relationship, there have also been the usual signs of trouble. The Park government, weakened by heavy losses in this year’s earlier National Assembly elections, has come under heavy criticism for its more open approach to relations with Japan. The first cracks appeared shortly after the “comfort women” deal as opposition party officials and media outlets roundly critiqued the deal—both in its contents and the fact that the agreement was struck with little consultation with non-government organizations, especially those linked with former comfort women. Now there is concern over whether the two sides will spar about the perceived commitment for the South Korean government to remove a comfort woman statue that is placed directly in front of the Japanese Embassy in Seoul. This is proving difficult for Seoul as the statue was erected by a nongovernment organization that opposes the move.

Meanwhile, tensions regarding their territorial dispute over the Liancourt Rocks (referred to as Dokdo in Korea, and Takeshima in Japan) continue to have periodic flare-ups. The Liancourt Rocks, which have been administered by Seoul for decades, continue to be sticking point that has created negative sentiments on both sides. Indeed, earlier this month—Japan lodged an official protest at the visit from ten members of the South Korean National Assembly to the disputed isles on August 15—the 71st anniversary of the end of World War Two.

Inflaming the situation even more was the fact that the leader of the group visiting the islands—Na Kyung-won—is a member of Park’s ruling Saenuri party. The Abe government, which tried to convince Park to exert pressure on the lawmakers not to visit the isles, swiftly condemned the provocation with Chief Cabinet Secretary, Yoshihide Suga stressing: “There is no way we can accept such an act and it is highly regrettable that the politicians went ahead with the visit despite our protest and request to call off the event in advance.” Park’s inability to thwart the visit however is likely less of a diplomatic snub to Japan and more telling of her lack of political control following her party’s humbling loss in this year’s National Assembly elections.

In reality, none of these flare-ups are neither surprising nor should they be blown out of proportion. Indeed, to watchers of the Japan-Korea relationship, these mini-troughs have become formulaic in a complex bilateral relationship. That said, the real concern is what comes next and whether Tokyo and Seoul are able to stay the course and contain forces on both sides that wish to play spoiler against a rapprochement. It remains critical thus for both sides to keep the momentum going on repairing bilateral ties and work together on sustaining their convergence of regional interests.

J. Berkshire Miller is a fellow on Japan and Chair of the Japan-Korea Working Group at the Pacific Forum CSIS. Follow him on Twitter: @jbmllr.