Can Japan and South Korea Do the 'Politically Impossible'? 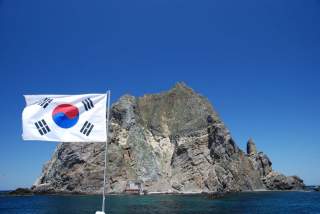 The 50th anniversary of the normalization of Japan-ROK relations was commemorated last week with a whimper, not a bang–and that is a good thing. After years of steady deterioration, the governments in Seoul and Tokyo seem to have recognized that continuing on that path served neither country well and they are now seeking to restore the positive, forward-looking partnership that both sides claim to want.  Progress is to be applauded but it will take more than modest, incremental efforts to end the cycle of rapprochement and rupture that dominates their relationship.

In recent years, the two countries have permitted mutual grievances to overshadow shared interests, values and geography. Politicians have used nationalism to advance narrow agendas rather than thinking strategically about national interests.  A series of incidents has fanned the flames of parochialism and hardened ill will between the two countries.  A year ago, it was the decision to memorialize Ahn Jung-geun — an independence activist for Koreans, a terrorist to Japanese. Last month, it was the Nuclear Nonproliferation Treaty Review Conference, where Japan invited officials and experts to visit Hiroshima and Nagasaki to see firsthand the effects of nuclear weapons. In that case, Tokyo offered a version of history that suggested Japanese were victims of atomic bombings; China and Korea objected, arguing that the atomic bombing victimization narrative obscures Japan’s colonization of Korea and invasion of China. The most recent casus belli is Japan’s attempt to have UNESCO recognize industrial sites critical to the country’s modernization, but where Korean citizens were subject to forced labor during wartime.

Two other issues loom large in the relationship: the fate of the 50 surviving “comfort women,” sex slaves pressed into service during the Pacific War, and a territorial dispute over the islands of Dokdo/Takeshima. All these disputes can be called historical issues, a characterization that encourages some to think that these are issues of the past and will either never be settled or will recede with the passage of time.

While these incidents occurred decades, or even a century, ago, they are not “just” historical issues. They are instead expressions of a more powerful idea, that of national identity, which is in fact the core problem in the Japan-ROK relationship. Japan is “the other” that shapes and influences Korean conceptions of who they are. It is both a benchmark for accomplishments and the anvil upon which contemporary Korean identity has been forged. Simultaneously, Korea challenges key strands of Japanese national identity: a peace-loving state that has itself been victimized by war and has used its success to help other nations.

Until recently, the two countries have preferred to nurture grievances toward the other. Both focus on the past rather than cooperate to confront mutual challenges that could very well help shape the future. An Asahi Shimbun-Dong-A-Ilbo poll taken to commemorate the anniversary shows a stunning 90 percent of Koreans and 86 percent of Japanese believe the two countries are not getting along well with each other.

Fortunately, politicians in both countries have recognized the disservice this does their countries and are working to set a floor to the relationship and strengthen ties. Speaking to the Washington Post two weeks ago, Korean President Park Geun-hye acknowledged “considerable progress on the issue of the comfort women, and we are in the final stage of our negotiations.” As a sign that those weren’t empty words, ROK Foreign Minister this week made his first visit to Japan since assuming that job in 2013 to mark the 50th anniversary of the normalization of relations. In Tokyo he reportedly struck a compromise with Japanese counterpart Kishida Fumio by which the two nations would cooperate on obtaining UNESCO World Heritage designation for sites in their respective countries. Finally, Yun appears to have recognized Korea must do its part to help soothe the historical wounds: he told NHK, the Japanese national broadcast company, that the ROK government will not bring up the issue of “comfort women” again once it is “clearly resolved.”

Resolution of these issues would be a good start. The pledge to look ahead, not back, is critical to the success of current efforts. But both countries can and should do more to consolidate these gains and transform their bilateral relationship. To that end, the two countries should sign a new treaty of Friendship and Cooperation that lays a foundation for a new relationship.

That document would include: a “no-war” clause, a joint pledge that all disputes between the two countries will be resolved peacefully, a powerful statement of their commitment to the rule of law and diplomatic problem solving; a statement by Japan that it supports unification of the Korean Peninsula under the Seoul government; a statement by Korea that it supports a Japanese security role in the Asia Pacific region; a delineation of the shared values and interest that unite the two countries; and finally, it would establish a day for the two  countries to jointly commemorate the history of the 20th century without being entrapped by it. The current Aug. 15 commemorations memorializing Japan’s defeat and South Korea’s liberation from imperialist aggression should be replaced by an event that allows both countries to participate in the history-remembering process as equals.

To drive home the point of Japan’s commitment, Tokyo should relinquish its claim to Takeshima/Dokdo and make an official payment to the surviving comfort women. Given the extraordinary sensitivity that Koreans have for these issues — a recent poll shows 88.3 percent of Koreans identify the first as a barrier to improved relations and 63.5 percent blame the second — these moves would put Korean sincerity to the test. If they did not resolve these problems, then it would be clear that the real problem is in Seoul, not Tokyo.

The most common objection to this proposal is that it is “politically impossible.” That is true only if politicians lack courage and prefer to nurture grievances rather than face the future. Japan and South Korea deserve better politicians if they cannot muster the will to look forward, instead of back.