Can King Charles III Save Classical Music From the Woke Left? 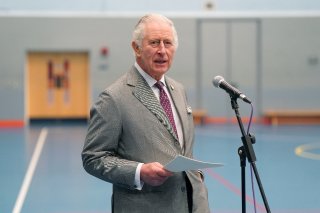 Classical music, under assault from the woke Left, is searching for a savior. Is King Charles III it? While his late mother, Queen Elizabeth, was a fan of the comedian and singer George Formby, Charles is widely seen as being made of sterner stuff, at least when it comes to matters of taste in the arts.

Writing in the December issue of the BBC Music Magazine, for example, Richard Morrison, the chief music critic for the Times of London, issued something of a pro-Charles manifesto: “imagine if he turned the ballroom at Buckingham Palace into a showcase for the best in British music and invited a dazzling array of our best singers and instrumentalists to give weekly recitals in front of invited audiences of foreign diplomats, business leaders and visiting heads of state. What a boost that would give to Britain’s ‘soft power.’”

Crikey! Could Charles really become a powerful musical monarch? The hopes vested in him rest partly on his own demonstrable musical aptitude. Charles will, of course, get to choose the anthem for his coronation in May, but his appreciation for classical music appears to be deeper than that. As a child, he played trumpet and piano. A picture of a soulful-looking Charles playing the cello as an undergraduate at Cambridge suggests a true connoisseur of that noble instrument.

Nor is this all. Charles is a close friend of the distinguished conductor Sir John Eliot Gardiner, displaying an impressive familiarity with orchestral and operatic works both great and minor. Heard of the opera Scylla et Glaucus by the eighteenth-century French composer Jean-Marie Leclair? Charles has. He extolled it on a radio show in 2010 as “incredibly rhythmic and exciting.” He’s also a big fan of Sir Julius Benedict’s Piano Concerto in E flat major, which has only been recorded once on the venerable Hyperion label.

At the same time, the history of the royals is being invoked to bolster the case for Charles. Damian Thompson thus recently observed in the London Spectator that there is nothing anomalous about Charles’ avidity for the classics: “From the accession of Henry VII until the death of Edward VII, almost every English monarch was a music lover.” William Byrd, Henry Purcell, and George Friedrich Handel all composed anthems for the monarchy.

Perhaps the most musically besotted royal couple was formed by Queen Victoria and Prince Albert, who played Beethoven symphonies, among other things, together in piano duets. They were fervent admirers of Felix Mendelssohn (after his death at thirty-eight, Victoria called him “the greatest musical genius since Mozart), who first visited them in 1842 and performed an improvisation of “Rule Britannia.” Mendelssohn was also a champion of Bach, and Albert helped launch the Bach revival in England by ensuring that the St. Matthew Passion was performed in Britain. In 1871, the year of German reunification, Victoria opened the Royal Albert Hall in honor of her late consort. Today it is the venue for the BBC Proms concerts as well as numerous other performances. Charles has emulated their example. For the past two decades, he has served as president of the Royal College of Music, inaugurating its new campus in 2021, honoring leading artists, and meeting with a variety of younger aspiring musicians.

For all his musical acumen, however, it seems a bit of a stretch to think that Charles can singlehandedly transform the classical industry. As the West has turned its back on classical music, much of the action is where the British empire once sought to expand—Asia. Prior to the Covid-19 pandemic, tens of millions of Chinese youngsters were beavering away at the piano, and the government has built numerous performance halls, like the National Center for the Performing Arts in Beijing. Performers such as Yuja Wang and Lang Lang have risen to the top of the profession. It’s also the case that figures such as the charismatic Venezuelan conductor and violinist Gustavo Dudamel, who heads the Los Angeles Philharmonic, are helping to jolt the classical industry out of its torpor. Still, that industry can use all the help it can get. Britannia may no longer rule the waves, but it could help pilot classical music to safer waters.