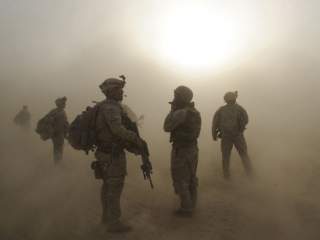 A Sense of Power: The Roots of America’s Global Role. John A. Thompson, 2015.

The story of the United States’ ascendance to the pinnacle of global power has been told many times before, by authors ranging from foreign policy royalty such as George Kennan, to respected commentators such as Walter Lippmann and William Appleman Williams, and more recent efforts by scholars such as Walter Russell Mead, Christopher Layne and Stephen Sestanovich. Still, this familiar narrative finds new shine under the careful polishing of John A. Thompson, an emeritus reader in American history at the University of Cambridge.

The question of why the United States would choose to use its prodigious economic and military power to backstop costly foreign military interventions is clearly timely, amid growing concerns regarding instability in the Middle East and the potential threat a “rising” China might pose. And yet Thompson laudably exercises great restraint by cleverly restricting his scope to American foreign policy from the end of the Civil War through the presidential administration of Harry S. Truman. In doing so, he is able to present a balanced view of the United States’ international growth without clumsily trying to extract policy-relevant lessons for modern politicians and decisionmakers. Indeed, the lack of such a lecturing tone is what makes Thompson’s historical exercise even more important, since it allows the reader to consider the historical evidence being presented without the polluting overlay of an explicitly contemporary lens. Any conclusions about the importance of past events on current times are therefore the full responsibility of the reader, rather than the spoon-fed byproduct of the author’s ideological commitments.

For readers unacquainted with the history of American foreign policy in the late nineteenth and early twentieth centuries, Thompson’s work will serve as a deeply informative introduction, one that successfully walks the fine line between dry academic reportage and trivia-based “popular” history. Even those who consider themselves well-read on the subject will also find much to admire and learn from his retelling. A gifted diplomatic historian, Thompson provides concise and thought-provoking interpretations of the major way posts in the United States’ transition from a backward, localized economy of no great renown to the undisputed global leader. In doing so, he reaffirms many of the classic tropes of this transition while dispensing with others through deft, cutting criticisms of common scholarly beliefs.

Attempting to summarize in a succinct manner the tightly woven history that Thompson presents inevitably does a disservice to the care with which he assembled his narrative. Still, there are a few insights he provides, and analytic choices he makes, that are worth highlighting. For instance, instead of beginning his history with the Spanish-American War and the rise of American imperialism, as most traditional works on American power do, Thompson chooses to start at the conclusion of the Civil War. By doing so, he better captures the tremendous economic growth the country enjoyed from 1865 to 1900. While subscribing to the traditional myth that the United States at this time remained, in his words, “largely detached from great power politics,” Thompson nevertheless complicates this narrative by highlighting a series of interventions by the United States in the Caribbean and South America prior to the supposedly defining moment of the Spanish-American War. He clearly demonstrates, in line with the work of Robert Kagan, the latent interest that the United States had in foreign intervention even in a time of supposed isolation.

Thompson also shines in deftly untangling the complicated threads behind the decision to enter the First World War in 1917. He emphasizes a series of diverse causes, including a polarized public, the cultural affinity elites felt for Western Europe and moral outrage at incursions on American neutrality, instead of relying on simplistic explanations based on either the personalities at play (namely, Woodrow Wilson) or the supposed threat that Germany posed to U.S. national security. Thompson reminds us that the United States in 1914 was far from a unified country, either ethnically, economically or ideologically. As such, public opinion in favor or against American entry into the conflict was split along preexisting cleavages. For instance, the ethnic German and Scandinavian Midwest—further influenced by their insular agrarian economic interests—were generally against intervening, whereas opinions amongst the more industrialized, educated and Angophilic elite of the Eastern Seaboard trended in the opposite direction.

While Thompson’s recapping of history is readable, informative and thought-provoking, the greater flaw in his work is an inability to cloak the rise of American power and advent of American interventionism in a suitable theoretical frame. To his credit, Thompson devotes a good portion of his introduction to examining and criticizing various theoretical answers to the question of American interventionism. And yet, while he is to be lauded for trying to move beyond the neutered, monocausal and excessively restrictive theories rife within the formal discipline of international relations, he does so primarily through misinterpreting, mischaracterizing or otherwise failing to seriously engage with his theoretical opponents. This causes his own more complex theory to lack both clarity and explanatory power, since it fails to sufficiently articulate the relationship between, and relative causal weight of, the factors that he isolates. He furthermore leaves unexamined critical factors such as the impact of public opinion on foreign policy decisionmaking that, although they play a crucial role in his historical interpretations, are curiously underexplored in his theoretical introduction.

The main target of Thompson’s criticisms are realist scholars of international relations—who generally see material power as the primary explanation for foreign policy interventionism. Theorists such as Kenneth Waltz, John Mearsheimer, Robert Gilpin and Charles Glaser argue that because of the uncertainty in an international system marked by anarchy, the presence of offensive weaponry and the unclear intentions of other great powers, states can ultimately only rely on themselves for security. While these theorists disagree on the effectiveness of power-maximizing behavior by states, they agree that concerns over security are paramount and remain the most important determinant of state behavior.

Thompson rightly criticizes this view as an oversimplification, although his displeasure with realist explanations rings hollow due to his misinterpretation of these theories. For instance, he mistakenly argues that realist theories fail to take into account the costs of interventionist behavior. This assertion is a gross misreading of realist theory, particularly the work of John Mearsheimer. While Mearsheimer’s particular brand of “offensive” realism does emphasize the potential positive benefits of aggressive state behavior, he clearly disavows that such behavior will always be beneficial or cost-free. Indeed, in his seminal work The Tragedy of Great Power Politics, Mearsheimer preempts Thompson’s exact critique by noting that “great powers are not mindless aggressors so bent on gaining power that they charge headlong into losing wars or pursue Pyrrhic victories. On the contrary, before great powers take offensive actions, they think carefully about the balance of power and about how other states will react to their moves. They weigh the costs and risks of offense against the likely benefits.”

That some of Thompson’s theoretical criticism can be dismissed with such ease is a potential indicator that he himself has little heart for attacking these theories. Indeed, when one unpacks his own understanding of the causes for American interventionism, many of the same factors which Thompson criticizes in other theories—such as materiel power—play a prominent role in his own. Thompson’s theoretical exercise is therefore more properly understood as a repackaging of international-relations theory driven by his own ideological commitments as a historian, rather than a wholesale repudiation of Mearsheimer, Gilpin and others.

Insofar as Thompson has a unified theory for the rise of American interventionism, it is dependent upon a series of interlocking and mutually supportive factors whose sum is far greater than their individual parts. In his telling, the rise in American power alone did not cause interventionist behavior; rather, it slowly eroded a natural reluctance for such behavior by decreasing the costs of interventions. When it could be accomplished at a lesser cost, interventionism became more palatable to decisionmakers and the public. These interventions led to a sense of moral responsibility for ensuring international stability that—coupled with increased economic interdependence and a budding arrogance—snowballed over time into the United States’ current position as a global enforcer.

The problem with this theory is that it is overly deterministic, mixes variables and fails to examine important mechanisms such as the role of public opinion. It also maintains, as its central element, the importance of power in driving state behavior. By emphasizing the role past interventions played in incentivizing future interventions, Thompson’s theory is more of a predetermined tautology than an explanation. The United States intervenes because it has intervened, with little explanation for the “Ur-intervention” that sets the whole process in motion. As well, by intermingling economic, security and other variables together, Thompson’s theory lacks clarity and cannot be rigorously tested, either logically or empirically. Finally, key mechanisms such as the role of public opinion, which play an important role in Thompson’s historical sections, do not factor at all into his theoretical discussion. This is both puzzling and disconcerting.