Can a Pragmatic Relationship With the Taliban Help Russia Counter Terrorism? 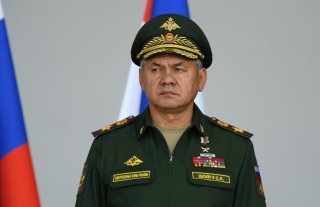 What resources could Russia bring to limited military operations in Afghanistan, perhaps to counter ISIS-K? Russia has the capacity to conduct focused air or ground strikes inside Afghanistan without endangering its other campaigns abroad. RAND published a report in 2020 looking at Russian power project scenarios. One of these scenarios was a limited counterterrorism operation from Tajikistan against ISIS-K in northern Afghanistan, which found that, even though Russia would benefit from the 201st Military Base in Tajikistan as a major logistics hub with a friendly local government and rail lines to transport forces to the area, the terrain in Tajikistan and northern Afghanistan is unforgiving.

The 3,000-km-plus rail route from Siberia would take roughly nine days, or a three-hour flight for personnel and some lighter equipment, to transit according to our analysis. From Dushanbe to the Afghan border, forces would be required to make a ground transit of about 160 to 500 km through occasionally mountainous terrain, narrow passes, and secondary roads. Russia could bolster its base in Tajikistan, which is currently equipped with a brigade of tanks, armored personnel carriers, multiple rocket launchers, light-to-medium Unmanned Aerial Vehicles (UAVs), and helicopters. For instability near Afghanistan, Russia could add longer-range UAVs like the Forpost with longer dwell times and higher maximum altitudes, additional armored vehicles, or ground strike systems.

Although unlikely, Russia can conduct limited airstrikes in Afghanistan and could forward-base aircraft in Tajikistan or Kyrgyzstan. Russian tactical aviation and strategic bombers could support limited strikes in Afghanistan while continuing missions in Syria (Even at peak military strength in Syria, only three percent of Russia’s tactical aviation was deployed there). Currently, ISIS-K is present in Afghanistan’s eastern provinces of Nangarhar and Kunar. The distance from possible operating bases in southern Tajikistan to these provinces is around 400 to 500 km or more, much farther than Russian combat sorties in Syria, which are often made at shorter distances of 100 to 200 km. (Why Russia opts to fly combat sorties well below the combat radius of its fighter aircraft is unknown, as is the operational motivation to use strategic bombers to target sites in eastern Syria, rather than from its closer airbase in western Syria).

Russia’s Possible Next Steps and Implications for the United States

In the weeks and months ahead, Russia is mostly likely to provide intelligence and border security support to its Central Asian allies to cope with refugees. Moscow could presumably continue to supply intelligence to the Taliban on ISIS-K, the quality and quantity of which would probably depend on how serious it finds the threat. The use of Russian mercenaries, special forces, or limited military intervention is possible from a capacity perspective but does not appear likely anytime soon.

As my RAND colleagues have noted, Russia does not make the political decision to intervene in foreign countries lightly and would weigh multiple factors before considering military intervention. Short of an imminent adverse outcome with grave security implications for Russia—for example, the Taliban being unwilling or unable to stop the spread of terrorism into Central Asia, Russia failing to contain the spread of terrorism to the homeland, or Afghanistan plunging into another civil war with multiple terrorist safe havens—Russia is unlikely to consider a military operation in Afghanistan.

Neither the United States nor Russia wants to see Afghanistan become a haven for international terrorist groups. For now, Russia is taking a pragmatic approach to the Taliban in that it has a relationship with the group that the United States does not. Moscow could apply pressure on the Taliban in line with shared U.S.-Russian objectives: the Kremlin has already said it would like a more inclusive government and for the Taliban to disavow terrorism. But not all Russian goals align with U.S. goals. Russian officials have made it clear that they will oppose any unilateral U.S. attempts to secure basing rights in Central Asia. In the future, if Russia perceives a sharp deterioration in the security situation and feels intervention necessary, or if it judges that U.S. military presence in Central Asia would prevent the expansion of terrorism and stall Russia’s need to act, it may be more accepting of a limited U.S. military presence. In addition, if the United States seeks northern land evacuation routes for refugees through Central Asia, those negotiations will almost certainly need Moscow’s involvement.

Dara Massicot is a senior policy researcher at RAND and a former senior analyst with the Department of Defense. Her work focuses on Russian military strategy and capabilities, and she can be followed at @massdara.