Can Realism Find a Home on the Left? 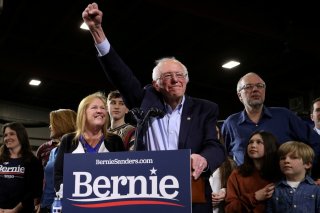 Is realism compatible with progressivism? This is at the heart of a crucial recent article by Stephen Wertheim in Foreign Affairs. “Even before Russia invaded Ukraine, the Biden administration was halting its efforts to scale back U.S. political-military objectives: The force posture review affirmed the status quo, and Biden repeatedly claimed that the United States had an obligation to defend Taiwan,” Wertheim writes. He classifies progressives into three categories. The first set, exemplified by Samantha Power, Madeleine Albright, and Hillary Clinton, argues in favor of a hawkish bend of internationalism that promotes democracy and human rights. The second group is the global governance wonks, which include people such as Anne Marie Slaughter. Wertheim argues that these two categories are distinct because arguably the latter is more multilateral than the former even though they both are in favor of an interventionist foreign policy. Wertheim calls the third category, where his sympathies lie, “progressive realists.” “Whereas progressive internationalists and global cooperators want to shape the world order to their liking, restrainers are skeptical that such a goal either should be paramount or will be achieved through military preponderance.” Ultimately, what Wertheim suggests is progressivism with limits. “Progressive internationalism retains considerable appeal in a world of public discontent, zealous nationalisms, and authoritarian ascent. Democracies need to find better ways to deliver for their people in an interconnected world,” Wertheim writes, adding that, “great-power competition complicates internationalists’ efforts to promote democracy and human rights impartially … Progressives will condemn these governments’ depredations, but if a neo-cold war takes hold, a relentless cycle of accusations and counteraccusations could make China and Russia ever more suspicious and aggressive, generating a feedback loop that rewards the most extreme voices in each country—and in the United States.”

There are several important threads in this essay about the inherent theoretical contradiction within the idea of progress, as well as a way forward. But a few questions were left unanswered. What if progressivism is incompatible with foreign policy realism? And what if the public is inherently reactionary by nature and opposed to progressive aims? These are not mere academic debates. The question of whether narrow nationalism and restrained foreign policy realism will come from the Left or Right has actual policy relevance; it is the ultimate choice for an exhausted republic facing crippling inflation, potential overstretch, and insolvency. Scholars have a duty to lay out clear paths for an informed electorate to choose from. As things currently stand, only one senator from the conservative side opposed further NATO enlargement. Likewise, the voices in Congress opposed to sending more foreign aid and arms to Ukraine were all from the Right. Not a single vote opposing further NATO enlargement or unlimited foreign aid to Ukraine came from the Left. Even Bernie Sanders (and his advisor Matt Duss) are in favor of fighting “imperialism” in Ukraine. As John Mearsheimer outlined in his last book, progress is an inherently universalist instinct that is often at odds with the particularism of electoral politics. When Rep. Alexandria Ocasio-Cortez (D-NY) and former U.S. ambassador to Russia Michael McFaul are in favor of fighting Russian imperialism despite crippling inflation at home, it is safe to say that their idea of national interest is anything but “particularist.”

The ascending coalition for a restrained foreign policy has solely coalesced on the Right and in line with the increasing and underrepresented majority of the public. That is not to say that there are no left-leaning realists or left-wing nationalists. But that is to say that among policymakers (the only ones who count when push comes to shove) the realists are all on the nationalist Right. With an ongoing social realignment in progress, the narrow nationalists form the backbone of this working-class conservatism and foreign policy realism while progressives are led by managerial-class internationalists. This is a return to an older pre-World War II blue-collar conservative nationalism. Nothing remotely similar is found on the progressive side because its theoretical framework is theologically universalist and opposed to nation-states, national borders, and, by definition, national interest. When one defines one’s interest so broadly, there are a lot of global battles to fight. To rephrase Kenneth Waltz, global governance will lead to a global civil war.

Consider that realism is a theoretical framework that primarily deals with the distribution of power and national interest—two ideas that do not usually fall within the domain of “progress.” Classical realism from Thucydides, Machiavelli, and Metternich, to Hans Morgenthau and George Kennan, is a worldview that is inherently reactionary, skeptical of public passions, pessimistic about human nature, and aimed at seeking equilibrium and hierarchical order over revolutionary global justice and crusades. Neorealism, its more modern and scientific cousin, while not overtly reactionary, is also primarily predicated on the balance of power and national interest. To think in terms of national interest, one needs to first believe in nation-states and narrowly prioritize one particular nation-state and its borders, often to the detriment or suffering of others. At times, to advocate for that policy would mean articulating simple trade-offs and profit and loss that might go against electoral propriety and unlikely to gain support from the transnational managerial progressive class, who are used to the language of justice.

But there are a couple of other important questions about both policy and optics. Progressives are also theoretically opposed to great power hierarchy and imperial politics. But the international order is now fundamentally egalitarian because of liberal institutionalism. One might even call this progress. The great powers have often been the most powerless due to this arrangement, just as the risk of wars increased and back-channel grand bargains decreased. Fenrir, so to speak, was willingly chained. Great powers now do not decide the direction of their alliance or foreign policy because institutionalization has resulted in the tail wagging the dog with smaller powers often sanctimoniously dragging larger ones in to fight their battles.

If the aim of restrainers is to have European autonomy and end European free-riding, “progressive” politics is ill-suited for that task. Progressivism institutionalized European peace instead of a detached balance of power. The easy way to “buck-pass” the security burden back to Europe would mean reversing this institutionalization of peace and prop-up old school great powers and mini ententes that allow a natural equilibrium to set in. That would in turn logically entail dividing Europe and having neutral buffer states; trying to unite Europe has resulted in great power atrophy and American overstretch. Each historic attempt to unite Europe with measures other than force has failed. The reality is that a united Europe would mean America would have to stay there forever to keep it united. It is akin to a home with several grown-ups who behave like children and fight whenever they are allowed to go unobserved. The policy implication of that is for anyone to guess.

It is imprudent to talk about conservatives and liberals as those labels are increasingly meaningless, but it is easy to test a hypothesis of whether reactionaries/nationalists or progressives/internationalists are currently in favor of restraint or interventionism. The roots of the worldview that led to spending trillions in Afghanistan to promote human rights can be found behind the proxy war in Ukraine. Consider that during the withdrawal from Afghanistan, the president of the Open Society Foundation argued that the crusade against a misogynistic Taliban must continue. The late Secretary of State Madeline Albright tweeted that America should save Afghan women’s lives, a sentiment that won support from Mark Milley, David Petraeus, and H.R. McMaster, as well as liberal think tanks. Compare that to the voices now arguing for furthering the proxy war in Ukraine to promote human rights and defeat “Russian imperialism.” The causes of these crusades are the same: “ensuring rights and justice.” These voices are not from the narrow nationalist Right. They are all from the progressive, transnational, and managerial Left.

In fact, in an unfortunately timed essay in the Atlantic, a liberal professor clarified the global crusade that his side is on.

Russian President Vladimir Putin is the antithesis of everything the left stands for. Not only did he launch an unprovoked attack on a sovereign democratic nation, but he has also disparaged LGBTQ rights, multiculturalism, and immigration, and claimed that “the liberal idea” has “outlived its purpose.” Zelensky, in contrast, has built bridges with the global left. He addressed the Glastonbury music festival, in the U.K., where the revelers chanted his name to the tune of The White Stripes’ “Seven Nation Army.” In Germany, the Green Party led the charge to supply weapons to Kyiv, overturning decades of German wariness about intervening in foreign wars. LGBTQ protesters in Berlin also demanded that Germany step up arms shipments to Ukraine, so that a Pride parade can, one day, be held in the Russian-occupied city of Mariupol.

The choices are made clear in the very final sentence. “Zelensky, Ukrainian progressives, and the European Union? Or Putin, Trump, and Tucker Carlson? The left picked the right side.” This is Trotskyism distilled. And it’s not a right-wing caricature of the position but an actual proclamation of global war from the internationalist Left.