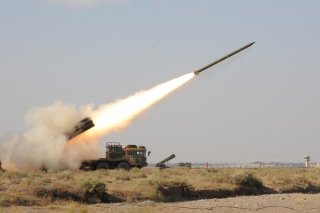 In response to House Speaker Nancy Pelosi’s visit to Taiwan, China quickly condemned the trip and ambushed Taiwan with large-scale military exercises and ballistic missile tests, leading to a surge in tensions in the Taiwan Strait. Beijing’s ongoing pressure, justified by the typical political rhetoric of defending China’s “sovereignty and territorial integrity,” aims to intimidate both the government and people of Taiwan.

China’s provocative actions in the skies and waters surrounding Taiwan deserve in-depth attention. There is a high possibility that China is making this encroachment on Taiwan to establish a “new normal” across the strait and use military simulations to enhance its readiness to take the democratic island by force. Additionally, Beijing’s assertive moves are being utilized to bolster Chinese president Xi Jinping’s strong-man image and resolve on issues concerning China’s national interests. By launching military exercises to “quarantine” Taiwan’s sea and airspace, the Chinese Communist Party has sought to strengthen its political legitimacy and shape domestic perceptions about Xi’s willingness to safeguard China’s national sovereignty and national dignity. For Chinese leaders, ramping up political and military pressure on Taiwan helped showcase the Chinese People’s Liberation Army’s capability to project large-scale military activities abroad and, more importantly, China’s determination to achieve the great goal of unification. Politically, the resolute response serves Xi’s ambitions to secure a third term at a party leadership conclave in November.

To mitigate China’s intimidation and enhance its international engagement, Taiwan has long called for support from regional powers and like-minded partners. The Quad, a security alignment including the United States, Japan, Australia, and India, is well-suited to use its military capabilities, economic power, and growing reputation counter to balance China’s coercion. However, it remains uncertain whether the bloc would intervene to support Taiwan militarily in the event of a conflict in the Taiwan Strait. Contrary to the condemnations of China’s aggressive actions against Taiwan from India’s three fellow Quad members, New Delhi opted to maintain a “studied silence” amid international reactions to the Taiwan crisis.

The G7, a grouping of industrialized democracies, expressed its concern over China’s “threatening actions” and called on Beijing “not to unilaterally change the status quo by force in the region, and to resolve cross-Strait differences by peaceful means.” In addition, the European Commission spokesperson embraced a soft tone, saying that “we encourage a peaceful resolution” to solve the crisis and “tensions should be resolved through dialogue.” Despite remaining concerned about China’s assertiveness, the two blocs have intertwined economic ties with China and are unlikely to disrupt diplomatic and economic relations with the Asian giant. To put it simply, it remains unclear how far the G7 and the European Union would go to support Taiwan.

In addition to political and military pressure, China also ratcheted up its economic pressure on the island with a series of trade sanctions covering fruit, fish, and sand. Moreover, China’s Taiwan Affairs Office even put two Taiwanese non-profit organizations—the Taiwan Foundation for Democracy (TFD) and the International Cooperation and Development Fund (ICDF), both of which are affiliated with Taiwan’s Ministry of Foreign Affairs—as well as some other firms, on its “secessionist” blacklist. Before Pelosi’s visit, China suspended the import of about 3,000 Taiwanese food products from more than 100 Taiwanese food brands, some of which were associated with “food manufacturers, pastry makers and dairy farms.”

China’s status as Taiwan’s most important export destination allows the great power to use trade as a weapon to coerce its relatively smaller and weaker neighbor. Beijing’s punitive countermeasures (and potentially more severe ones in the future) will undoubtedly have a negative impact on the island’s economy, which is still highly dependent on the mainland, even after the election of Taiwanese president Tsai Ing-wen in 2016. The fact is that China now accounts for 40 percent of Taiwan’s exports and 20 percent of its imports. Many Taiwan-based companies, including Taiwan Semiconductor Manufacturing Co., also operate in mainland China.

From April to June of this year, Taiwan’s real gross domestic product only grew 3.08 percent, largely due to another wave of COVID-19 infections on the island. Due to the economic slowdown in China, the exports that have been the driving force for Taiwan’s economy could be diminished. If Beijing steps up economic countermeasures against the democratically ruled island, the headwinds facing Taiwan’s economy will likely be intensified. For Taiwan, the era of high profits from the sale of agricultural products to China has ended because of political dividends on both sides of the Taiwan Strait.

In light of this, the Taiwanese government should craft concrete plans to diversify its market, potentially by targeting European and American markets and studying the rules and norms in these markets to meet the local demand for Taiwanese food and agricultural imports. To achieve this vision, the Taiwanese government should communicate effectively with local manufacturers and experts in the field to adjust the industry’s structure, thereby reducing the damage inflicted by China’s economic sanctions.

Of course, Taiwan should also seek diplomatic and economic support from ASEAN states, vital partners covered within its flagship New Southbound Policy, to reduce its economic dependence on China and weather Beijing’s continued pressure. Perhaps Taiwan could encourage ASEAN states to buy more Taiwanese agricultural and fish products to make up for the deficit created by China’s economic ban. But this possibility is far from easy.

First, Southeast Asian countries have long adhered to the “One-China Policy” and remained economically dependent on China. For ASEAN states, fostering economic linkages with Taiwan at the cost of vexing China and impairing political and economic ties with its major partner is an unwise idea. Second, weary ASEAN economies are in the post-pandemic recovery stage and face multiple challenges, including U.S.-China competition, the South China Sea conundrum, the Myanmar crisis, economic recession, and the impacts of climate change. Striving for economic recovery is likely the bloc’s top priority.

In a statement on August 3, ASEAN foreign ministers—deliberately avoiding naming Taiwan, China, and the United States—called for “maximum restraint,” urged all sides to “refrain from provocative action,” and proposed to facilitate “peaceful dialogue between all parties” through “ASEAN-led mechanisms.” It should also be noted that Chinese foreign minister Wang Yi underscored China’s efforts to strengthen ties with the regional bloc during the ministerial meeting. Wang’s remarks could be deciphered by regional representatives as a soft reminder for their future policies with Beijing. Given these indications and ASEAN’s political culture, the Southeast Asian regional bloc will likely continue to maintain its balancing posture amid U.S.-China tensions, calling for restraint to cool the ongoing crisis instead of supporting Taiwan, as a move like that would undoubtedly invite criticism and potential retaliation from China.

Looking forward, it remains to be seen whether Taiwan can weather these political and economic challenges at a time when the incumbent administration has been preoccupied with multiple domestic issues, most notably the upcoming midterm elections, the ongoing pandemic, and lingering controversies over the reopening of Taiwan’s borders. Even worse, most Taiwanese have remained calm and believe that Beijing’s war-like rhetoric and escalation of tensions in the Taiwan Strait was “mere bluster.” Divided opinions among Taiwanese over Pelosi’s visit and a difference of opinions regarding the island democracy’s future engagement with America and China should also be noted. In short, the Tsai administration’s ability to navigate the current geopolitical crisis is being put to the test.

Huynh Tam Sang is an international relations lecturer at Ho Chi Minh City University of Social Sciences and Humanities, a research fellow at the Taiwan NextGen Foundation, and a nonresident WSD-Handa Fellow at the Pacific Forum.