Can the EU Stop Yet Another Greek Debt Crisis? 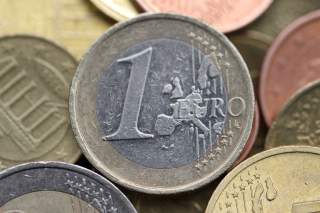 At a European Union finance ministers’ meeting scheduled for February 20, Greece needs its creditors to release a €10.3 billion tranche from its 2015 bailout agreement. This is necessary for the country of eleven million people to make its debt repayments and avoid default. Doing so is proving to be more difficult than initially thought, raising the threat of yet another Greek debt crisis. The timing could not be worse: volatile elections are being held in the Netherlands in March, France in April and May, and Germany in September. At some point during this period, tough negotiations with the British over their departure from the EU are set to start. Once again, Greece could be an important linchpin for the future of the EU, the region’s economy and global markets.

The Greek economy has contracted by 26 percent since 2009, and unemployment remains stubbornly above 20 percent. A massive buildup of debt in the late 1990s and through much of the next decade, a bloated and inefficient bureaucracy (with the public sector accounting for about 40 percent of GDP), a government cover-up of actual fiscal deficits, society-wide tax evasion and many years of yield-hungry foreign buyers of Greek public-sector debt all contributed to the financial doom that hit the country on Europe’s southern flank in 2009.

Despite three bailouts and years of tough austerity, Greece still owes a lot of debt, much of it to the rest of EU countries. According to the Organization for Economic Cooperation and Development, the country’s gross debt-to-GDP-ratio stands at 185.7 percent of GDP, with only Japan having a worse ratio (over 240 percent of GDP). At the same time, Greece’s economy continues to struggle. After anemic 0.4 percent real GDP growth in 2014, the economy slipped back into recession in 2015 (the year of the third bailout) and was flat in 2016.

The OECD is projecting a 1.3 percent expansion in 2017, which is dependent on improved lending conditions, meaningful movement on privatization, implementation of competitiveness reforms, better tax collection and a continued easing of regulations. Favorable external conditions are also important, including what happens with Brexit, the risk of another wave of migrants (who use Greece as a major transit point), the risk from weaker global trade, and growth in the EU and China that would affect exports.

Looming over the economy is the debt issue. To repay the country’s debt, the government must maintain a primary surplus. The Greek government, under EU pressure, legislated fiscal measures to reach the primary surplus target of 1.75 percent of GDP for 2017 and 3.5 percent for 2018. This approach has become contentious between the EU and the IMF. The latter institution has been opposed to such targets, as they “would generate a degree of austerity that could prevent the nascent recovery from taking hold.”

Both of these are sensitive politically in Greece, and the Syriza-led government has a wafer-thin majority in parliament, leaving the possibility that snap elections are not entirely out of the question. Greek prime minister Alexis Tsipras is keenly aware that further cuts in pensions will be difficult to sell to a public exhausted by a lengthy period of austerity.

This has left the IMF regarding Greece’s economic program, backed by the EU, as lacking credibility. Indeed, the IMF stated: “It is not the IMF that is demanding more austerity, either now or as a means to lower the need for debt relief over the medium-term. Or to be more direct, if Greece agrees with its European partners on ambitious fiscal targets, don’t criticize the IMF for being the ones insisting on austerity when we ask to see the measures to make such targets credible.” Along these lines, the IMF has also favored some form of further debt relief.

The situation was not helped by the comments of German finance minister Wolfgang Schäuble, who ruled out debt reduction for Greece. In a television interview in early February, he stated, “For that, Greece would have to leave the monetary union.” Schäuble has consistently pushed austerity for Greece.

In response to the German finance minister and the IMF, Greece’s minister for Europe, George Katrougalos, held out that Schäuble now represents a minority position within the EU as well as in Germany. Katrougalos also criticized the IMF, noting, “If we had just to deal with the Europeans we would have already completed this review in December. All the delay is due to the ambivalence of the IMF to participate or not participate.”

The February 20 EU finance ministers’ meeting is the last such meeting before the political season begins in earnest. Considering the rise of national-populist forces in the Netherlands (where the PVV of Geert Wilders is likely to win the most seats in parliament), France (where Marine Le Pen is heading opinion polls for the presidency and expected to be one of the two second-round contestants), and Germany, a new Greek crisis, with the risk of a default, is likely to be averted. This is the case even if the current approach is flawed, and will see Greece return yet again as a troubled debtor.

One element of Europe’s political game is that much of the EU establishment has grudgingly come to terms that the Greek bailouts contributed to anti-EU sentiment among European voters. The EU’s response to the Greek sovereign-debt crisis (and the others that followed in Ireland, Cyprus, Portugal, Slovenia and Spain) was slow and painful, with Brussels being accused of repeatedly kicking the can of fiscal responsibility down the road. There was also criticism that the Greek bailouts were undertaken not to help that country, but to bail out northern European banks that were heavily exposed.

In Greece alone, the eurozone’s rescue funds, the European Financial Stability Facility and the European Stability Mechanism, have already disbursed €174 billion to Greece, and more is needed. According to Klaus Regling, head of the ESM, “We would not have lent this amount if we did not think we would get our money back.”

Whether or not the EU gets its money back from Greece ultimately is not the issue. The issue is that another Greek debt crisis is averted—in the short term, with the hope that the economy can continue to turn around. This is likely, as the IMF will remain as part of the process, at least for now. Yet the IMF is probably correct in its assessment of Greece’s problems needing more targeted reform on taxes and pensions, as well as debt relief of some type. But the IMF does not face frustrated and angry voters, who may opt for nonestablishment alternatives, some of whom favor what German finance minister Schäuble has marked as the cost of Greece’s debt relief: leaving the eurozone. It would seem that the threat of being forced out of the eurozone has lost some of its sting, especially after Brexit.