Can Trump Achieve His Energy Goals? 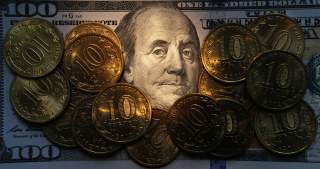 President Donald Trump announced his energy strategy for the United States on June 30, breaking from previous administrations’ calls for “energy dependence” with a message of a new U.S. “energy dominance.” Among the objectives of the Trump agenda appears to be an attempt to deregulate energy markets where possible to free up resources for both domestic consumption and large-scale exports. While Trump’s policy on energy may not, in fact, differ much from that of President Obama, its messaging is clearly more celebratory of the natural gas and oil production surge brought about by the shale boom.

Europe, however, continues to contend with critical supply questions. Russian Gazprom’s ongoing position as the major supplier of natural gas to part of Europe has drawn considerable concern from EU policy makers. Diversification of natural gas supplies has been one of the aims of EU energy policy, even though it is debatable whether that means swapping one dominant supplier for another.

Given that the goals of Washington and Brussels could provide mutual benefits, it is worth examining how an “energy dominant” U.S. policy could fit into Europe’s desire for diversified natural gas supply.

Inspired by the experience of the United States natural gas deregulation in the 1980s, European countries started liberalizing regulated energy markets in the 1990s. For Europe, the takeaway was that companies are best equipped to make investment decisions, facilitate consumer choice, and deliver products and services at competitive prices. Price should be the key driver of investment decisions.

Over the past decade, Europe has suffered a couple of major gas-supply disruptions following commercial disputes between Russian and Ukrainian companies. While Russia was—and remains—the lowest-cost supplier of gas to Europe, the interruptions revitalized concerns about dependence on natural gas from Russia, in particular in countries in Central and Eastern Europe (who had just joined the EU). It also raised alarms in Washington, where concerns about Europe’s dependence on Soviet natural gas date back to the early 1980s, where is when they were largely ignored.

Europe’s strategy to deal with gas-supply risk rests on a number of key pillars, i.e. market integration, strengthening the legislative and regulatory framework, and supporting market functioning and supply diversification. Even though it remains a work in progress, this strategy has clearly provided substantial benefits to Europe. By better interconnecting national markets, facilitating the free flow of gas across borders, investing in additional infrastructure to create access to various sources of supply, streamlining national regulatory regimes, and creating and strengthening a European regulatory authority, Europe has become a resilient and, largely, a more liquid gas market. With over four hundred million consumers, it is a market that attracts competitive companies, and those who do not play by the rules end up in court, as Russian state-owned Gazprom has discovered on multiple occasions.

However, not all has worked out as hoped. One of aforementioned key pillars, that Europe would become some sort of playground where dozens of suppliers would compete for clients, akin to the United States, has not materialized. Instead, EU gas demand is still catered by domestic supplies and supplemented by a couple of major external suppliers, most notably Russian Gazprom, but also Algerian Sonatrach and Norwegian Statoil. This expectation was never realistic, given the liberalized market structure. Price dictates the preferred suppliers and the most competitive suppliers, hence, feature prominently. With dwindling domestic production—especially after the Dutch decision to scale down production following a series of earthquakes and public opposition—this trend will likely be reinforced in the coming years.

These trends have put some European policymakers in an awkward position given Russia’s forays into Ukraine and other external activities over the past three years. However, despite that growing wedge between the EU and Russia at the political level, and regardless of how many policy memorandums and research notes call for supply diversification, these will not change the actual flow of natural gas. All realistic scenarios for the EU’s future gas supply include significant volumes of Russian gas. Despite the security concerns, the Russian price is just too competitive for the conceivable future, and a substantial share of demand continues to be tied up in long-term contracts.

So, what does this reality mean to the energy goals of the Trump administration, specifically the goal of exporting more U.S. supply to overseas markets? First of all, it is worth remembering that it was not always well advertised, but the U.S. natural gas sector flourished under President Obama. Domestic production skyrocketed, two dozen LNG export licenses were approved by the Department of Energy, permitting processes were streamlined, and the clear majority of proposed transmission pipeline projects were approved and constructed. In 2016, for the first time in decades, natural gas was exported in the form of LNG again. At the same time, shipments of gas by pipeline to Mexico skyrocketed. In the coming years several additional export projects will come to market, turning the United States into one of the world’s global LNG players. While the current administration could try to take credit for these additions, effectively it had no influence on them. But there are issues that go far beyond which administration takes credit for the boom in natural gas production. As the first eighteen months of Sabine Pass—the first LNG project to ship gas from the lower forty-eight states—have shown, U.S. cargoes of natural gas can end up anywhere in the world where the right price is paid. At the moment, however, given the current price environment, there are some questions about the competitiveness of U.S. LNG overseas.

It is not immediately clear how the Trump administration’s policy of energy dominance could change this outlook, but it is worth examining the tools potentially at its disposal to support the domestic gas industry. Since Trump took office, the Environmental Protection Agency has targeted rules that, under the previous administration, were designed to curtail methane emissions from oil and gas production—even though it is not clear that these regulations have had a material negative impact on output. In fact, this type of deregulation may backfire if future presidents veer from the Trump approach to energy and the environment and attempt to repair and compensate for actions taken under his administration, and propose more ambitious and stringent rules.

The administration has also expressed its intention to support the build-out of U.S. natural gas infrastructure as a means of increasing the competitiveness of the fuel. However, it is important to note that absent a couple of high-profile infrastructure projects, most pipelines in this country historically tend to get permitted (and then built, assuming the economics hold up). It remains to be seen, in other words, whether there is much room for improvement, especially if the main obstacles to new investments is not permitting issues, but rather market sentiment and access to capital.

Finally, it is important to consider that the Trump administration’s move to have the EPA rewrite or eliminate the Clean Power Plan is its way of targeting the key boon for gas-demand growth in the power sector in the coming years. The administration prefers to buy the ailing coal industry time, and promise its constituents in that industry something that market forces will likely prevent from happening.

There are steps that could be taken to support sales of U.S. natural gas overseas, and specifically in Europe. First, the administration could come out in strong support for global trade, and make sure that buyers around the world feel comfortable signing short- and long-term contracts with U.S. companies. Withdrawing from trade agreements sends the exact opposite signal to buyers, and thus does not support American enterprise. Second, the administration could support the project of European market integration where necessary. The better European buyers are positioned to take advantage of U.S. natural gas, the better U.S. companies can compete. U.S. gas companies may even find customers willing to pay a premium for U.S. natural gas, but that will not be the norm. This, in turn, will be an excellent incentive for the gas industry to assess where in the LNG supply chain it can reduce costs and where it can better compete with suppliers in the region. Third, the Trump administration can remind governments in cities like Sofia, Budapest and Warsaw of their responsibility to develop their markets and open them for business. Without local commitment, demand growth, sufficient competition and possibilities, supply diversity will not materialize.

In short, there is room for an energy dominant America and an EU yearning for an Energy Union to find each other. But it will require less ideology, and a little more pragmatism.

Tim Boersma is a senior research scholar at the Center on Global Energy Policy at Columbia University.

Henry Bartelet is the founder and commercial director of DynaMundo, a Seattle-based think tank that applies systems thinking and mathematical simulation models to complex problems. His research focuses on economic policy, energy markets and sustainable development. ​

Image: A U.S. 100 dollar banknote and Russian 10 roubles coins are seen in this picture illustration taken in St. Petersburg, October 22, 2014. Russian stocks fell on Wednesday and the rouble resumed its decline, a day after Russia and Ukraine failed to finalize a deal on gas supplies, and ahead of a sovereign rating review by Standard and Poor's on Friday. Russian indexes had opened higher, reflecting reviving global risk appetite after Wall Street saw its largest one-day gain of the year on Tuesday. But the gains in Russia proved fleeting, with the indexes sinking into the red during the afternoon. REUTERS/Alexander Demianchuk