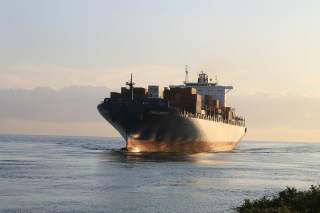 On January 23, 2017, President Donald Trump used an executive order to formally withdraw the United States from the negotiation process for the twelve-nation Trans-Pacific Partnership. This demonstrated the new U.S. leader’s commitment to his campaign promise to follow an “America First” approach and end the chain of “horrible” trade deals that put the American worker at a disadvantage. To put it mildly, the move was controversial, but it was favored by labor unions, much of the Democratic Party and many of those in the “rust belt” states. At the same time, the TPP pullout was heavily criticized by pro-trade parts of the Republican Party, many economists and business leaders who conduct cross-border trade.

What exactly is the TPP? The TPP was originally envisioned as a trade zone that would deepen the economic links between twelve participant countries. TPP was expected to reduce tariffs and promote trade to boost economic growth. Additionally, it was supposed to help the twelve countries develop a closer relationship based on economic policies and regulation. The ultimate goal of TPP was to establish a new single market similar to the European Union.

The twelve countries that signed the TPP agreement were Australia, Brunei, Canada, Chile, Japan, Malaysia, Mexico, New Zealand, Peru, Singapore, the United States and Vietnam. Taken together, the TPP bloc would represent roughly 40 percent of global GDP and 20 percent of world trade. Additionally, encompassing a collective population of eight hundred million people. According to the Washington, DC–based Peterson Institute for International Economics, the deal would have increased U.S. exports by $123 billion.

Another Washington think tank, the Brookings Institution, gave a generally positive view of the TPP and noted that “while the overall impact of the TPP on the U.S. economy may seem relatively small given the already open nature of the U.S. economy and the small amount of trade with TPP countries as a share of U.S. GDP, the agreement brings with it some valuable economic benefits for the U.S. from new market access opportunities. Perhaps most importantly, the TPP will underpin important reforms and positive growth trajectories across TPP parties that are also consistent with U.S. values and economic interests going forward. It is in this respect that the TPP is an important economic and strategic win for the U.S.”

The TPP’s roots came from the 2005 trade talks between Brunei, Chile, New Zealand and Singapore, which then expanded to include the rest of the twelve countries. Six additional countries—Colombia, the Philippines, Thailand, Taiwan, South Korea and Indonesia—also indicated an interest in participating in the partnership.

China was the major economy not involved in TPP. The country’s leadership was concerned about the new guidelines for TPP. Many people thought the guidelines included unfair trade practices, such as multiple regulatory barriers to imports, subsidization of overproduction in commodity goods like steel and the promotion of national champions in key strategic industries such as computer chips.

The Obama administration favored TPP and saw it as a means of bolstering the United States’ position in the Asia-Pacific region—with an eye toward countering China’s growing influence. The United States signed the agreement to formally join, but the treaty needed ratification from Congress. However, with the U.S. election in full swing in 2016, President Barack Obama backed off from pursuing congressional approval of the TPP agreement. He believed that it would be difficult to get the majority of Congress to support its passage, especially since many Democrats—including presidential contender Bernie Sanders—were vocally opposed to the trade deal.

The progressive view of the TPP deal was that it would further destroy middle-class jobs, benefit only a small group of companies and their top management, and pit labor from different member countries against one another. Due to this surge in anti-TPP sentiment, Hillary Clinton, who was initially in favor of the trade deal, was forced to ditch her earlier support for it.

Meanwhile, Trump was one of the most vocal opposition voices to TPP. He bucked the Republican Party’s traditional free-trade stance and called the TPP a “horrible deal” for the American worker. Indeed, Trump argued against major trade deals during the presidential campaign and vowed to back out of the TPP and renegotiate the North American Free Trade Agreement. This struck a responsive chord in parts of the United States where people strongly believed that international trade deals have destroyed the American middle class by “giving away” jobs to foreigners.

The United States’ decision to pull out of TPP was widely regarded as a blow to free trade and a major step toward a more protectionist Washington, DC. The Trump administration indicated that the decision was based on a preference for “fair trade” and Trump left little doubt that his action on TPP was only the beginning. “We’re going to stop the ridiculous trade deals that have taken everybody out of our country and taken companies out of our country, and it’s going to be reversed,” he said.

But not all voices praised the action. Republican Senator John McCain said that pulling out of TPP was a “serious mistake” that would hurt the United States. “And it will send a troubling signal of American disengagement in the Asia-Pacific region at a time we can least afford it,” he said in a January 23 statement.

Outside of the United States, the TPP decision raises other questions over trade and security issues. In much of Asia, it is being taken as a move to downgrade the significance of the region in a strategic sense—which is expected to force many countries to come to terms with an ascendant China. For Japan, the decision was a major blow for economic reforms. There had been considerable hope that the deal would bring the world’s first- and third-largest economies together in a trade bloc—a message used by Prime Minister Shinzo Abe to liberalize Japan’s economy. Also, Japan is not eager to have China join the TPP, something that has been suggested by Australia.

Two camps emerged from the debate over TPP. The first favors a more sharp-elbowed approach to trade. It has an emphasis on fairness as well as a willingness to run the risk of trade wars in order to generate jobs and rebalance the flow of goods in favor of the United States. Indeed, there are some major problems with the way U.S. trade is structured, especially with China. The other school of thought remains strongly oriented to free trade and regards the TPP decision as a harbinger of more dangerous times ahead. Along these lines, a Wall Street Journal editorial stated: “The economic damage will come in the months ahead if trade becomes a game of beggar-thy-neighbor self-interest in which national success is measured by a simple trade surplus. Then we’ll look back on TPP’s demise as a watershed to regret.”

Did TPP matter to the United States? The answer is yes—especially as it has further stirred up the debate about trade. If nothing else, it has put U.S. policy in Asia into dangerous waters, where it is difficult to project what the end result will be. Consequently, the impact of the TPP’s failure will have to measured by what replaces it—new bilateral trade deals or trade wars. If nothing else, the issue of trade has clearly gone from the back pages to prime-time coverage, and no doubt will stay there in the months to come.