Can the United States and Russia Agree on Cyber Rules? 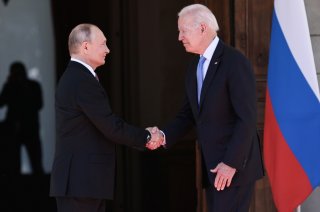 Ransomware attacks targeting American businesses and critical infrastructure are highlighting how difficult it will be for the Biden administration to achieve its stated goal of stable and predictable relations with Russia. The nature of the cyber domain blurs old lines that once separated armed combat from espionage, governments from non-state actors, and public diplomacy from pernicious propaganda, while at the same time providing enormous advantages to intruders over defenders. All these factors complicate efforts to define activities and control escalation.

Presidents Joe Biden and Vladimir Putin agreed at their recent summit to establish a working group to deal with this fraught problem. How can they put the U.S.-Russian relationship on a path toward cyber stability? Watch the Center for the National Interest and a panel of experts discuss the “rules of the cyber road” between the United States and Russia.

Elena Chernenko heads the international section of the newspaper Kommersant, serves on the presidium of Russia’s Council on Foreign and Defense Policy, and is a member of the PIR Center’s working group on international information security and global internet governance.

Joseph Nye is a former chairman of the National Intelligence Council, a former Dean of the Kennedy School, and currently Distinguished Service Professor, emeritus, at Harvard University. He has published extensively on the topic of cyber rules, influence operations, and deterrence.

George Beebe, Vice President and Director of Studies at the Center and former head of Russia analysis at the Central Intelligence Agency, moderated.