Can the United States and the Vatican Help Taiwan to Avoid a War? 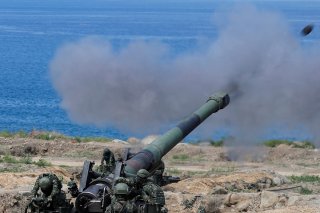 When President-elect Donald Trump accepted a phone call from President Tsai Ing-wen of Taiwan just before his inauguration, “political warfare” between China and the United States had already begun. Now, evolving evidence suggests that Washington has departed from its 1972 “one China” policy and 1979 “policy of ambiguity” to one of resolve on defending Taiwan, leading to a “policy of strategic clarity.”

The sales of advanced weaponry to counter perceived China threats and the two recent visits of high-profile American officials—who heralded the technologically advanced island as the model for controlling the spread of the coronavirus pandemic—have deepened the bilateral relationship between the United States and Taiwan. The path that began with the Taiwan Travel Act of 2018 and the signing of a Consular Agreement in 2019 now makes China increasingly apprehensive of Trump’s next move: a possible unilateral diplomatic “recognition” of the democratic island-nation.

These events coincided with the Holy See’s announcement of the upcoming renewal of the Vatican-China agreement in October, which the Catholic Church assured to Taiwan was “pastoral rather than political.” The fear of the Vatican’s eventual recognition of China is a growing concern, especially given that the Holy See is the most important embassy in Taiwan among the remaining fifteen. Countering its political warfare, Taiwan’s foreign minister, Joseph Wu, noted that the Taipei administration is “not seeking full diplomatic relations with the United States at this moment,” which signals a forthcoming bilateral approach to undermine China’s “core interests” and cross-Strait ties.

The alignment of political warfare between and among China, the United States, and the Holy See in Taiwan could easily be the epicenter of the warning that UN Secretary-General António Guterres gave in his prophetic “Great Fracture” of the world speech at the seventy-fifth anniversary of the United Nations. Nonetheless, similar to the use of President Ronald Reagan’s political strategy against the Soviet Union, the White House may have discreetly employed the Holy See to constrain the Chinese calculus of exercising power over its geostrategic space. The strengthening of ties with the Holy See in an effort to counter China’s renewed relationship with the Vatican may—in part—explain the recent nomination of the conservative and Catholic Amy Coney Barrett for Supreme Court Judge, making her the “sixth Catholic” on the nine-member court.

With Reagan’s successful “peace through strength” doctrine in mind, Trump might apply his political warfare against China by insinuating or merely declaring the possible re-establishment of diplomatic relations with Taiwan that were switched to Beijing in 1979. Such a purpose-driven decision would constitute the crossing of the “red line” drawn by China. It would also trigger a diplomatic earthquake, equal to Reagan’s announcement of the Strategic Defense Initiative—the Star Wars—as his “centerpiece” strategy to compete with the Soviet Union. President Reagan then enlisted the moral authority of the Vatican to undermine the Polish regime and other communist-bloc countries in Eastern Europe. Some of which, including the former Soviet Union, have recognized the People’s Republic of China (PRC) since its founding in 1949.

The recent announcement of the renewal of the Sino-Vatican rapprochement is part and parcel of China’s grand strategy. China—with approximately twelve million Catholics—demands that the Holy See adheres to the “one China” policy and breaks its diplomatic relations with Taiwan, which has less than two percent of Catholics among the island’s twenty-four million people. The Holy See and the Communist Party of China (CPC) have evidently recognized their mutually beneficial strategic interests and benefits. With its continuous efforts to dismantle all of Taiwan’s alliances, the Holy See is the ultimate diplomatic prize for Beijing, endorsing China’s moral authority over human rights and its governing philosophy.

For Trump, employing the Reagan-like doctrine would also be a brilliant re-election campaign strategy to define his continuous “Teflon” presidency against China and to galvanize his conservative Catholic and white evangelical Protestant voting base. Like declaring Jerusalem as the capital of Israel, unilateral diplomatic recognition of Taiwan would also serve as a bookend to his phone call with President Tsai and a successful narrative to his political warfare. President Trump’s next actions have the potential to solidify the direction of American foreign policy in the next U.S. administration, whether led by President Trump or President Joseph Biden. However, the dynamics of the current geopolitical environment with China are still vastly different from the conditions of the Soviet Union during the period of President Reagan and Pope John Paul II where they made a tectonic change in the evolving geostrategic landscape. Unlike the former Soviet Union, China is now as diplomatically, economically, and increasingly militarily powerful as the United States.

The Silence and Betrayal

Since signing the “secret” Vatican deal in 2018, the Chinese strategy with the Catholic Church has been working effectively as the Holy See has been conspicuously silent on the Chinese treatment of Uyghurs in Xinjiang province, crackdowns of civil liberties in Hong Kong, and percussions of Christians, Falun Gong devotees, and Tibetans. More importantly, the Holy See is the only ally who failed to support Taiwan’s participation in the World Health Organization’s assembly meetings for which the United States made concerted diplomatic efforts during the coronavirus pandemic. With these noticeably quiet but loud actions—seemingly having more to fear from China than from God, the prevailing mindset of the Vatican over the plights of those persecuted in China has resuscitated the memories of the “complicit silence” of Pope Pius XII during the World War II.

In its long march, China has consistently pursued its strategic vision to seize opportunities to win over the military power of the United States without waging war. When the expanding Soviet communism was imminent in Southeast Asia, President Richard Nixon was forced to reach out to China in 1972 to gain more leverage over the Soviet Union and to end the Vietnam War. In 1979, President Jimmy Carter solidified its second betrayal of the Republic of China when he recognized the PRC by signing the Taiwan Relations Act. The living memories of the first betrayal of the Republic of China harken back to President Woodrow Wilson in Versailles. In the Paris Peace Conference, President Wilson with his Axis powers of World War I decided to return the wartime-captured Shandong province—the cradle of Chinese civilization—back to Japan. The original betrayal gave birth to the May Fourth Movement of 1919 and the founding of the CPC in 1921, which still remains as the mighty psychological forces driving “the revenge of the past” U.S.-China relations.

By declaring China’s “nine-dash line” maritime claims “illegal” in the South China Sea, the Trump administration has finally begun a new course of action in July 2020. As the TAIPEI Act of 2019 called for reducing diplomatic defections from Taiwan, the White House has taken measures to send strong signals to Taiwan and other American allies and friends. The U.S. government now works with an alliance of democracies—like Australia, India, Japan, and others—to counterbalance the military posture of assertive China in the South China Sea and the Strait of Taiwan.

While China’s military capabilities are being modernized and commercial diplomacy has been expanded into every corner of the world, the perceived credibility and trust of the Trump administration has declined globally. The implementation of every policy effort seems to be counterproductive and ineffective, especially when President Trump and the Secretary of State Mike Pompeo have reportedly “decimated and demoralized” the bureaucrats who essentially implement government policies.

Over the past two decades, China has shown to be an adaptive leader by defying American expectations and policy responses. Knowing its long history, Wu has been realistic in terms of the potential for political warfare, maintaining that, “Taiwan’s defense is our own risk. It’s our own responsibility, and we try to prepare ourselves for the future scenarios.” For now, the dangerous fault-line of political warfare between the United States and China that could cause a “Great Fracture” globally with no single winner is in Taiwan, “the Heart of Asia” for the free and democratic world.

Dr. Patrick Mendis, a former American diplomat and a military professor, is a Taiwan fellow of the Ministry of Foreign Affairs of the Republic of China and a distinguished visiting professor of global affairs at the National Chengchi University as well as a senior fellow of the Taiwan Center for Security Studies in Taipei. The views expressed in this analysis do not represent the official positions of his current or past affiliation of his institutions nor the respective governments.