Can the United States Kick Its Afghanistan Syndrome? 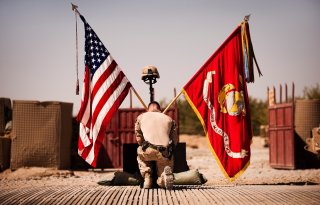 Nonetheless, there is good reason to be skeptical of claims that the war will serve as a decisive victory for the liberal world order or beget an American commitment to advance the order militarily. Moscow’s belligerence has certainly compelled Washington to increase its diplomatic, economic, and indirect military involvement worldwide. But the series of events that facilitated the transition from the Vietnam syndrome to the triumphalism of the post-Cold War era demonstrate that a return to the age of intervention is improbable for the foreseeable future.

The persistence of the Afghanistan syndrome can partly be seen in the recent controversy over the Biden administration’s Taiwan policy. Though the president stated that the United States would come to Taiwan’s defense in the case of a Chinese invasion, the White House and Pentagon immediately qualified his remarks and asserted that official U.S. policy has not changed. Indeed, Washington’s actual preferred route seems to be the “Ukraine playbook,” which experts have deemed insufficient to deter or hold off a Chinese invasion. Even if America does end up entering direct combat with Beijing, U.S. basing in the region remains far from adequate for the country to succeed in a fight against the People’s Liberation Army. Though the unwillingness to fully break from strategic ambiguity, despite its obsolescence, and meaningfully enhance U.S. military capabilities in the region has many reasons, aversion to another prolonged war is certainly one of them. And despite self-reassuring claims that the botched withdrawal from Afghanistan has little bearing on the Taiwan theater, it has reinforced Beijing’s conviction that Washington will bow out of conflicts without achieving its political aims. Altering this perception requires more than just rhetoric.

If the debacles in Iraq and Afghanistan demonstrate the failure of excess militarism, then Russia’s invasion of Ukraine shows why faith in diplomatic and economic deterrents is misplaced. Whether the United States can find the right balance between the two approaches remains to be seen. But first, it has to overcome the Afghanistan syndrome.

Niranjan Shankar is a software engineer and independent writer based in New Jersey focusing on foreign policy and history. His other writings have appeared in Quillette, The Bulwark, and The Geopolitics. Follow him on Twitter @NiranjanShan13.