Can Uzbekistan Build an Equitable Economy? 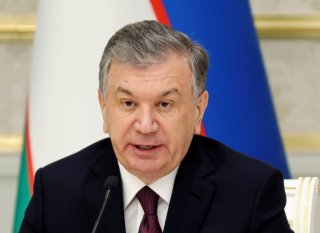 Protests and violence in Kazakhstan last month exposed the volatility of Central Asia’s leading economy and left Uzbekistan as the region’s current leader. The unrest underscored the geopolitical importance of Central Asia, where Russia and China compete for influence and the West has invested billions in the region’s commodities extraction industries. But the events in Kazakhstan also demonstrated that only building an equitable and transparent economy, accompanied by a strong social system and open communication with its people, can ensure stability in countries undergoing market transformations, like neighboring Uzbekistan, the largest country in Central Asia by population.

Uzbekistan has embarked on an ambitious economic and social reform program since President Shavkat Mirziyoyev came to power in 2016. Along with financial and structural reforms, his government is pursuing policies to improve governmental accountability and transparency, enhance regional cooperation, and generate more openness to the world. If successful, Tashkent can contribute not only to the economic prosperity of Central Asia, but also to the region’s stability in the aftermath of the Taliban takeover in neighboring Afghanistan.

Some changes are already producing results. The country dodged a recession during the Covid-19 pandemic and its economy outperformed in 2021, partly due to reforms to liberalize prices and remove barriers to domestic and international trade. As a result, Uzbekistan was one of only a few economies in the world to avoid an economic downturn. Robust measures to deal with the pandemic’s economic impact included the creation of an Anti-Crisis Fund of $1 billion (about 2 percent of GDP), in addition to tax and credit incentives for businesses, public spending on infrastructure projects to support jobs, and social support for families and vulnerable groups.

According to Mirziyoyev, active reforms focusing on developments at a district level across the nation resulted in 7.4 percent GDP growth in 2021, 100,000 new entrepreneurs, and 700,000 self-employed workers.

The World Bank raised its GDP forecast for Uzbekistan twice in 2021, noting that robust increases in household income and domestic investment, as well as the continuation of anti-crisis spending and tax relief measures, also contributed to strong growth in 2021. Similar projections have been announced by the International Monetary Fund (IMF) mission to Uzbekistan and the Asian Development Bank (ABD). Uzbekistan’s GDP is expected to grow the most in Central Asia in 2022 and 2023 to 5.6 percent and 5.8 percent, respectively.

Although the inflation rate is up 10 percent, it is projected to dip to 9 percent in 2022, as increased food production helps to slow the rise in food prices, while energy prices remain unchanged in the midst of skyrocketing prices globally. Uzbekistan also stopped natural gas exports to Russia and China to meet its domestic demand.

In an effort to address socio-economic problems in the country, in 2017 the government initiated a national strategy to communicate better with the population, engage civil society, and respond to citizens’ concerns. The government set up a virtual office that allows citizens and businesses to raise concerns directly with the president. During the first year, the president’s office received 2.5 million complaints. This required creating a whole new feedback loop structure in the regions and training civil servants in public outreach. In addition, several internet portals were launched for open discussion about pending legislation and the state budget.

Seeking direct engagement with civil society and providing citizens with tools to keep their government accountable is probably one of the most positive undertakings in Central Asia. However, according to Transparency International, international concerns about transparency and corruption in Uzbekistan still persist, and will remain the primary challenge to Mirziyoyev’s pro-market liberalization process.

The Uzbek president openly admits and addresses problems such as unemployment, poverty, corruption, insufficient housing, and shortcomings in education and health. In an extensive interview in August 2021, Mirziyoyev noted that 1,723 officials were charged with corruption in 2020 and the damage they caused was estimated at 500 billion Uzbek soums ($46 million). In the first half of 2021, the number of open criminal cases has grown to 1,696.

The government has set out to significantly reduce poverty levels by 2026 and achieve upper-middle-income status by 2030. With a more business-friendly environment and tax reforms that significantly reduced corporate and income taxes, Uzbekistan is better positioned to create more jobs. The Heritage Foundation’s Economic Freedom Index has given Uzbekistan high ratings for its tax environment—the individual income tax rate is 22 percent, and the top corporate tax rate is 7.5 percent.

The country is also implementing an affordable rural housing program with the government allocating $3 billion for housing and social development programs to improve the rural population’s living conditions.

The cornerstone of these policies is empowering youth by focusing on education and professional advancement, especially in technology and innovation. The country’s population has grown by 75 percent in just three decades—from 20 million in 1990 to almost 35 million today. With a median age of almost twenty-eight years, children and young people below thirty constitute 60 percent of the population. In fifteen to twenty years, they will become the largest labor force Uzbekistan has ever had, according to a study by the United Nations Children’s Fund. They may also be the generation that brings dramatic cultural and political changes to a society historically dominated by older males and still overcoming the legacy of Communism and Soviet rule.

As Uzbekistan is advancing its social and economic reforms, it is assuming leadership in a region facing complex geopolitical challenges. The United States and the EU have the opportunity to enhance their presence. Economic cooperation and cultural and educational engagements will be important channels for increased Western engagement to offset Russian, Chinese, and Iranian influence. Washington should expand its ties in Central Asia and make Tashkent a strategic partner for American engagement in Eurasia.