Can We Defuse the Outer Space Arms Race? 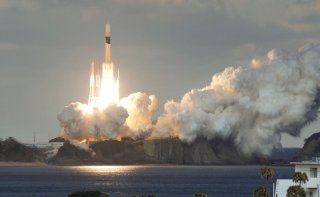 NOT THAT long ago, the latest anti-satellite weapons (ASAT) tests were front and center of debates among the disarmament community. The specter of turning outer space into a battlefield and making it unusable for humankind was emphasized. Despite not being a new phenomenon, somehow the latest ASAT testing has been perceived as crossing an outer space Rubicon. This reflects the failure of disarmament fora to deal with the issue of Prevention of an Arms Race in Outer Space (PAROS) despite the many attempts by states, including the leadership of Egypt and Sri Lanka, to avert an arms race in outer space before it actually began.

Building a regime to prevent certain arm systems is much easier before its full development and deployment. Indeed, the most successful prohibition regimes are associated with the Convention on Prohibitions or Restrictions on the Use of Certain Conventional Weapons which may be deemed to be Excessively Injurious or to have Indiscriminate Effects wherein such weapons systems like blinding lasers have been stopped from entering national arsenals before their full development and deployment. In the case of outer space, Egypt and Sri Lanka have consistently pressed in the United Nations General Assembly and Conference on Disarmament for the necessity to negotiate a legally binding treaty on PAROS. This treaty would prevent deployment of weapons in outer space as well as ASAT testing. Despite the overwhelming voting in favor of the resolution in the General Assembly, agreeing on a negotiating mandate was thwarted by a barrage of obstruction and delaying tactics. Instead, many attempted to divert attention exclusively on a different, some would argue wrong, issue.

FOR THE last ten years, discussions of space in multilateral fora have concentrated mainly on one issue: space debris. This issue is very important as the available sphere of usable space is finite—both Low Earth Orbit and Geosynchronous Equatorial Orbit—and space debris poses the greatest threat of cluttering outer space. Worse, the possibility of an accident that destroys space assets, thus creating a cascade effect, is both real and omnipresent. Hollywood movies tackled the subject thus creating public awareness beyond the grey negotiation rooms for “space diplomats.” However, as important as space debris is, it remains a byproduct of space activities, including ASAT testing, and consequently should be addressed in a wider framework. Furthermore, the specter of space debris rendering outer space unusable, which would require immediate action, is yet far from materializing. On the contrary, addressing space debris in isolation of weaponization is illogical as the eventuality of a conflict in outer space in itself would create an unimaginable amount of debris, thus making any mitigating measures to deal with space debris meaningless. Priority should thus be given to the issue of PAROS, more so given the latest development, while continuing to discuss and propose ways to mitigate the existing and future space debris. But while addressing PAROS, a legally binding treaty on the prevention of placement of weapons in outer space and other anti-satellite weapons is essential. No voluntary Code of Conduct will suffice.

Several attempts have been made to start negotiating a legally binding treaty on PAROS, not least of which at the Conference on Disarmament (CD). However, member countries—mostly from the Western Europe and Others Group, as it is known in the CD—have argued that this issue, so far, is not “ripe” for negotiations due to, inter alia, the already existing militarization of outer space and the lack of verification regime for a potential treaty. While the Russian-Chinese draft treaty on the Prevention of Placement of Weapons in Outer Space Treaty (PPWT) was dismissed out of hand and criticized—rightly so—for not addressing land-based ASAT capabilities, no counteroffer or amendments to the draft were presented. Instead, there was a push for a Code of Conduct for space activities to be adopted by spacefaring states.

Opting for a mere political commitment through a Code of Conduct, however, missed the point on the importance of having a legal regime to ban such weapon systems before they are fully developed and deployed. This included the ill-fated European Union Code of Conduct, alternately referred to as the International Code of Conduct for Outer Space Activities, wherein a small group of countries negotiated a document and presented it to the wider world on a take-it-or-leave-it basis. This also includes the United Nations’ Groups of Government Experts work on Transparency and Confidence Building Measures (2013 and 2019) which aimed to fill the legal gap ad interim. The insistence on a political Code of Conduct for space activities and/or voluntary confidence-building measures, however, signals the lack of will to commit to certain limitations on national plans to develop, test, stockpile, and/or deploy ASAT, thus, in practice, inviting other states to continue such efforts. Indeed, the dismissal of the legally binding PPWT and pushing for the loose voluntary code of conduct could have been the true culprit for the new wave of ASAT testing as it had shown that there was no appetite for a legal regime to fill this gap. Indeed, sheltering behind a litany of excuses not to commence negotiations on a PAROS could be viewed in hindsight as short-sighted.

SEVERAL OBJECTIONS were voiced against mandating the Conference on Disarmament to commence negotiations on a treaty to prevent an armed race in outer space. But a closer look shows that many of those objections lack sufficient grounds, or at least they should not be impediments to starting negotiations on a legally binding treaty. First and foremost, the argument put forward for not launching negotiations on PAROS is that space is already militarized. Communication, navigation, and “spy” satellites orbiting Earth are essential parts of military C4ISR (short for Command, Control, Communications, Computer, Intelligence, Surveillance and Reconnaissance) structures and as such, they are not only part of military assets but also can be considered legitimate targets. Moreover, the argument goes, outer space is already weaponized given the ability of some deployed satellites to maneuver, thus effectively allowing them to attack other satellites. However, on closer examination, these arguments are not convincing. International disarmament treaties have often dealt with dual use and less than clear-cut situations. The Chemical Weapons Convention, to name one, was drafted and came into force while specifically recognizing chemicals with dual purposes. But having a dual purpose is not the same as platforms with the singular purpose of ASAT capabilities, or developing land-based assets to target space objects. The latter should be the scope of a negotiated PAROS treaty. The same applies to the verification regime of the proposed treaty.

The other reason often cited for rejecting commencing negotiations on a PAROS treaty is the skepticism regarding an effective verification regime of a possible treaty. The argument goes that it is impossible to verify both the payloads of space assets, especially given the sensitive technology involved, and the land-based ASAT platforms. Without such a regime in place, any treaty would be useless and waste of time, or in other words, “[f]or an agreement to be effectively verifiable, it must be possible to detect a ‘militarily meaningful’ violation in time to deny the benefits of a violation.” The same was once said regarding the Biological Weapons Convention, and still a treaty was negotiated and went into force. Moreover, most disarmament treaties do in fact lack verification regimes or cannot guarantee full compliance beyond doubt. What is hoped is to put in place a regime that can detect enough violation of a treaty to require further investigation. Some argue that this is already possible in space with modern advances in spatial sciences through sensors and computational methodology. So the truth of the matter is the old adage: if there is a (political) will there is a way!

IN THE past, any prospect of a legally binding treaty on the prevention of an arms race in outer space has been followed by excuses to avoid commencing negotiations. At first sight, this may indeed appear as an indication of the lack of political will. But below the surface it indicates a more fundamental malice; the waning belief in multilateralism and ceding national freedom of action for the collective good. From environment to trade to disarmament, there is a widespread reluctance to commit to multilateral negotiations by key countries. However, given that ASAT is the greatest weapon of mass disruption capable of turning modern societies many decades backward and making reliance on peaceful space utilization impossible, it requires immediate attention, especially at this juncture of heightened tension.

For years, the disarmament community has been divided between two camps of how to reach disarmament and arms control regimes. In the first camp are those who insist on the necessity of negotiating universal, legally-binding instruments that ultimately reflect the interests of important stakeholders. Meanwhile, in the second camp are the true believers of the vanguard action of norm-setting efforts that upon gaining critical adherence will lead to universal regimes. Currently, the latter may seem to be carrying the day with multiple efforts on establishing regimes on certain conventional weapons, missile technology and most recently nuclear weapons. However, this trend is far from conclusive. As long as the most relevant actors stay outside the norm-setting regimes, their effectiveness will always remain questioned and their impact on the ground would be at best incomplete. Historical efforts on establishing the Comprehensive Nuclear Test Ban Treaty have shown that until nuclear-capable countries are ready to enter into commitments they would continue to openly flout any norm-setting regime. This is why the necessity to negotiate legally binding instruments cannot be replaced by any norm-setting regimes. This would equally apply to the prevention of an arms race in outer space.