Can You Separate the Fight Against Corruption from Democracy? 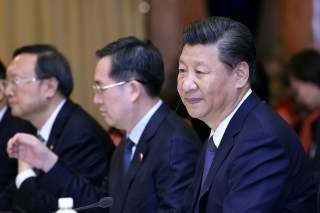 Earlier this month, Saudi Arabia’s Crown Prince, Mohammed bin Salman, made a bold move to consolidate power by orchestrating the arrest of high-level officials and businessmen in the country on corruption charges. The arrests worried global markets and the international community, but may have played better with the millions of young Saudis frustrated with a political system that they perceive as outmoded and incapable of delivering economic opportunity. While the long-term implications of Prince Salman’s maneuver are up for debate, one thing should be clear: the arrests should not be viewed as a model for fighting corruption or a sustainable path to transparent and accountable government.

In recent years, anticorruption has emerged as a potent political force capable of delivering powerful shocks to complacent governments in virtually every corner of the globe. Since 2015 alone, corruption scandals have brought down heads of state and battered incumbent parties in countries as diverse Korea, Pakistan, Brazil, Guatemala, Ukraine and Iceland. In low- and middle-income countries especially, anticorruption has moved from a fringe issue to a resonant political message that has propelled candidates to high office in Nigeria, India, Argentina and the Philippines, among other places.

Perhaps unsurprisingly, anticorruption has also proven a popular platform for the leaders of autocratic regimes to shore up their legitimacy, sideline rivals, and push through painful reforms and restructuring. By far the most prominent of these top-down anticorruption drives has been that spearheaded by Chinese President Xi Jinping, which has snared more than 1.3 million Communist Party officials according to self-reported figures. Vietnam is also in the midst of an anti-corruption push, as is the military junta in Thailand, which cited rampant graft as a main reason for its overthrow of the country’s democratically-elected government in 2014. In this respect, Prince Salman is hardly unique in seeking to cement his authority on the promise of cleaning the Augean stables.

In the wake of the arrests in Saudi Arabia, a number of world leaders have praised Prince Salman, including U.S. President Donald Trump, who tweeted that he had “great confidence” in the Prince, noting that some of the arrestees who had received “harsh treatment” had been “milking their country for years.” Considering this apparent endorsement, it is worth asking what it means to separate anticorruption from democracy and other values which the United States historically has stood for in its foreign relations.

There is little question that the Saudi anticorruption campaign, like those in other autocratic states, will expose and punish some genuine acts of graft. And it is possible such measures will reduce the overall incidence of corruption among Saudi officials and win praise from ordinary Saudis.

Yet anticorruption stands for more than just the selective prosecution of crooked bureaucrats. The rise of anticorruption as a powerful rallying cry for change across continents and cultures reflects a deeper—perhaps universal—yearning for a just political order in which citizens are treated fairly and equally before the law, and in which government officials are responsive to the grievances and hopes of ordinary people. This is the aspiration that has animated grassroots anticorruption movements across the world, and that drives the activities of international anticorruption organizations such a Transparency International and Global Witness.

Anticorruption purges of the kind seen in Saudi Arabia and China raise the question of whether nondemocratic states can deliver such a just order while maintaining an absolute monopoly on power unencumbered by the ballot box or an independent judiciary. Many autocratic regimes, eyeing the global upheaval fueled by resentment at corrupt elites, would like the answer to be yes. Agreeing with such autocrats, as Trump appears to have done is, in effect, denying the essential role of democracy in securing rule of law, honest government, and a fair and equitable society. It is tempting to support the ambitions of self-proclaimed reformers like Xi and Prince Salman. After all, who can argue with corrupt officials getting their comeuppance? Yet the actions of such leaders ultimately rest on the arbitrary and unaccountable exercise of authority that is the enemy of anticorruption activists the world over.

None of this is meant to suggest that democracy is the silver bullet in the fight against graft. Building a culture of impartial and honest government is a frustrating, protracted process that takes generations to achieve, and the messy compromises inherent in the electoral franchise can often seem to stand in the way of reform. Many young democracies struggle with entrenched corruption, while a small number of autocratic states perform relatively well on international corruption indices. But the fact remains that the most accountable, least corrupt governments in the world are overwhelmingly democratic, and whatever progress authoritarian regimes make against graft depends entirely on the continued goodwill of a small circle of senior decisionmakers, rather than any enduring feature of the political system.

At the end of the day, anticorruption without democracy is an incomplete package, unlikely to deliver the honest, responsive government for which so many yearn. The far more likely outcome is to shuffle the deck, extending the impunity of some at the expense of others. U.S. officials—and above all, the president—would be wise to avoid praising authoritarians who promise integrity through opaque and draconian exercises of unchecked power. Instead, U.S. officials should be supporting anticorruption efforts that emanate from civil society and democratically elected leaders committed to rule of law. The fact that a government is a longstanding security partner of the United States, as is in the case of Riyadh, does not mean it deserves the benefit of the doubt when it comes to arresting and imprisoning its own citizens. If the United States is to live up to its democratic values, it must not treat anticorruption as a simple matter of crime and punishment, but rather a powerful force for rendering government accountable to the people.

Trevor Sutton is a fellow for National Security and International Policy at American Progress. Previously, Sutton worked at the UN Development Programme, where he advised on anticorruption issues and carried out investigations in Africa and Central Asia.