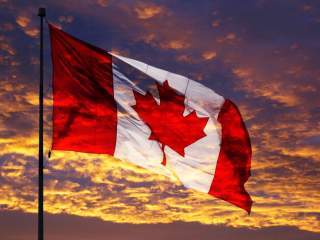 It’s funny what exile does to a person. It removes one from the seemingly intransient ground that for decades had been home and drops the subject between worlds: unable to become fully part of one’s adoptive land, and yet somehow alienated from one’s home. Still, with this alienation comes a richer understanding of what home is. It’s like taking a step back to assess one’s work of art, to look at it from a different perspective.

In the nearly ten years that I have lived abroad, my experiences as an expatriate have helped me better appreciate what it means to be a Canadian. Not only has this allowed me to see how my native country is perceived abroad, it has also led me to better appreciate the idiosyncrasies that make Canada unique and precious. As a journalist whose work has largely focused on the travails of a young democracy living under the shadow of an authoritarian giant, I have also become more sensitive to the challenges that we face in ensuring the quality of our democracy.

As a result of my exile, I have learned a great deal about a different corner of the world, but in doing so I have also learned a lot more about myself, my native land and what it means to be a Canadian, a global citizen, in the twenty-first century. My sense of identity has deepened, and the contrasts have sharpened. I feel better informed, not just about the world, but also about Canada and my duties as one of its citizens and ambassadors. Despite my new life abroad, my involvement in the politics of my adopted country and identification with its people, I have never ceased to be a Canadian, and a very proud one at that. In fact, on many occasions, I have advised Canadian officials and agencies that are based here and back in Ottawa.

I had served my country when I was an analyst with the Canadian Security Intelligence Service (CSIS) in Ottawa, and felt that I was continuing to do so in a different capacity, this time from abroad.

Needless to say, it came as a shock when I learned a few weeks ago that a ruling in an Ontario court had denied me (and about one million others) the right to vote. It made me feel uprooted more than the great geographical distance that separates me from my homeland ever had. Rather than include me as a worldly citizen who can help Canada become a better international actor, I was made to feel that I no longer counted, that I had ceased to be a full citizen. I and many others have been punished for seeking to better understand the world around us.

The reason that has been given us for that decision exposes the parochial views that inform our government. Those of us who have lived abroad for more than five years can no longer vote because we do not have to deal with the consequences of our votes on a daily basis. Allowing us expatriates to vote would “erode the social contract and undermine the legitimacy of the laws,” Chief Justice George Strathy explained after the ruling.

Only a government that does not understand what it means to exist in the twenty-first century could arrive at such a conclusion. But then again, such localism shouldn’t come as a complete surprise to us, given the contempt with which the Harper administration has treated our foreign service.

The fact of the matter is that Canadian citizens everywhere, not just back home, live with the consequences of their government’s actions on a daily basis. My ability to travel safely abroad is largely contingent on Ottawa’s foreign policies. Its decision to engage in military operations against other countries, to suspend diplomatic relations with Iran, or to blindly support Israel when it massacres civilians in Gaza or Lebanon do have an impact on my access and security. Closer to home for me, the vagaries of Ottawa’s China policy can affect my ability to travel to China, not to mention my access to officials there, as well as my life in Taiwan, with which the Canadian government has unofficial diplomatic ties.

Denying me the right to have a say in who runs the country in my name prevents those like me who are deeply troubled by the Harper government’s conservative ideology to select a government that better reflects Canadian values. I would add in fact that the knowledge that I have acquired over the years about struggling democracies and authoritarian tendencies in East Asia have made me more sensitive to the use and dangers of similar tactics back home. Maybe that’s exactly why the Harper government doesn’t want us to vote.

Similarly, policies on immigration, naturalization and the ability of foreigners to find employment in Canada have a direct impact on those of us who live abroad and who may one day choose to return to Canada with a foreign spouse. As the UK experience clearly demonstrates, conservative immigration policies can make it very difficult for multicultural couples to start a life there, even when a spouse is a British national. Would I not want to have a say in such matters, to make sure that my government maintains (or adopts) policies that would make it possible for my Taiwanese-American wife to join me in Canada should we decide to return to North America?

The Harper government’s initial efforts to overturn a ruling legalizing same-sex marriage would also have affected me and my family had it succeeded. Its failure to turn back the clock means that I can remain abroad with the knowledge that my mother can continue to enjoy a rich and fulfilling relationship with her partner, and with all the legal entitlements that their union ensures. Still, would I not want to play my part in electing a future government that does not, as the current one does, resent the rights that were granted to homosexuals for ideological and religions reasons that are on the whole alien to Canadian values?

Decisions by Ottawa that do affect me and the million other Canadian expatriates abroad also include environmental policies, transportation, food safety, the liberties of loved ones back home, as well as the safety of my personal information and banking.

I was born a Canadian and will always be one. Nothing will ever change that. As a citizen, I have duties and responsibilities toward my country, and those I will never betray. But I also have a right to contribute to the Canadian experiment, no matter where I am. Choosing who runs the place in my name is part of that right.

Although only 6,000 Canadian expatriates reportedly voted in the 2011 federal elections, the court ruling should help Canadians abroad appreciate what they have lost. Ultimately, what matters most is the principle, the idea that the government has the power to decide who gets to vote, and who doesn’t. What kind of democracy uses the courts to create a whole new group of second-class citizens who have no voting rights? That’s a dangerously slippery slope, especially when the decisions are in the hands of a government that has already given itself the power to strip naturalized Canadians of their citizenship.

I do not recognize this “new” Canada, and that isn’t because of my decade living abroad.

J. Michael Cole was born in Quebec City. He holds a Master’s Degree in War Studies from the Royal Military College of Canada and was an analyst at the Canadian Security Intelligence Service (CSIS) from 2003-2005. He moved to Taiwan in 2005, where he has worked as a journalist covering Taiwan and China. He is currently a Taipei-based senior fellow with the University of Nottingham’s China Policy Institute and an associate researcher with the French Centre for Research on Contemporary China (CEFC).