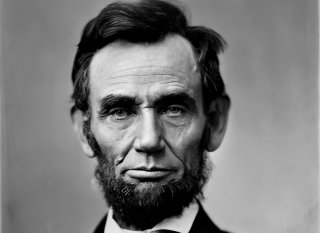 The war on America’s past has been brewing for a long time.

In the last half-decade, there has been a rapid escalation in the range of American historical figures who’ve had their legacies questioned.

In 2017, the Politifact fact-checker said that “there is scant evidence of a broader movement to take down statues of [George] Washington and [Thomas] Jefferson.”

That idea almost seems quaint in 2021, as the efforts to reshape and rewrite American history have gobbled up the Founders and countless other once-admired historical figures.

To understand what the war on history is about, one must understand what it isn’t about. It’s not really about the legacy of any particular individual, and it’s certainly not about getting history factually right.

A good example of this has been the actions of the San Francisco School Board, which announced in late 2020 that it would change the names of forty-four schools in the district that were deemed offensive.

On the purge rolls were people like Abraham Lincoln, Paul Revere, George Washington, and countless others defined as having “dishonorable” legacies.

The publicly available information the school board put together looked like poorly put-together opposition research for a political campaign. It was clear from the school board president’s revealing interview with The New Yorker, that there was no serious discussion about the figures they were stripping from schools.

The purge was the point. This points to the larger reason for why the war on history is happening at all.

The war on history is generally about repudiating Western ideas and Western civilization, to replace the foundation, the cornerstone of the United States and the West more broadly with something new and wholly different.

It’s this militant ethos that leads to the absurdity of local school board members canceling Lincoln because he “did not show through policy or rhetoric that black lives ever mattered.”

A ridiculous statement, but convincing to the converted.

Still, how did the country get here?

A generation, really several generations, of Americans have been raised with little understanding of civics and America’s history. The curriculum in high schools and certainly higher education veered toward being extremely critical of America’s past if students learn much about it at all.

Many Americans have lost touch with their history as well as larger world history to put the American experience in perspective.

Unfortunately, many young Americans have learned history through the works of Howard Zinn. Zinn was a far-Left historian whose famous book, A People’s History of the United States, created a deeply flawed and highly deceptive picture of America’s past. But his themes of the oppressor against oppressed and clear moral dictates were highly appealing to many.

For instance, Zinn turned the famous explored Christopher Columbus into a cartoonish boogeyman, a genocidal monster who laid the groundwork for exploitative capitalism in the New World. It should be no surprise that Columbus statues have been among the most targeted by statue-topplers and vandals.

The result of these trends is that we’ve been losing our ability to maintain a clear-eyed view of our own past. America’s sins have been magnified, its triumphs diminished and taken for granted.

Informed patriotism has often been replaced by misinformed anti-patriotism guided by a vanguard in the culture-shaping institutions who desire to fundamentally change America.

The antibodies in the American body politic against such a transformation are much weaker than they once were, and that has opened the door to radicalism.

So now, in a remarkably short time, Americans have gone from discussing Confederate statues to wondering whether a single face on Mount Rushmore is still acceptable to celebrate of praise. Jefferson, Theodore Roosevelt, Washington, and even Lincoln have been put on the chopping block.

Yet, even despite these trends, even just a few years ago, most Americans had no desire to wholesale uproot and purge our past, even past that was controversial.

But some media institutions begged to differ.

An in-depth analysis, Georgia State University doctoral candidate Zach Goldberg, demonstrated how since 2011, media outlets have sharply increased their usage of words and terms like “white privilege” and “microagressions” to express awareness of multiethnic situations. No surprise, the trend has particularly exploded in the last few years.

This once-obscure terminology used to be relegated to college campuses. Now it’s everywhere.

Goldberg wrote that a huge number of articles since that time, both news and commentary, “illustrate a prevailing new political morality on questions of race and justice that has taken power at [The New York] Times and [The Washington] Post—a worldview sometimes abbreviated as ‘wokeness’ that combines the sensibilities of highly educated and hyperliberal white professionals with elements of Black nationalism and academic critical race theory.”

It is no less than an elite-driven cultural revolution.

Notably, it was The New York Times that published that badly flawed “1619 Project,” that attempted to “reframe” America’s past and date our true founding to the time African slaves were brought to the British colonies rather than 1776.

The message was clear, the United States was founded on slavery instead of liberty. Even though this project contained significant factual inaccuracies, its creator received a Pulitzer Prize, and materials based on the project will be used in classrooms around the country.

Even more destructive are the ideas of Ibram X. Kendi, Robin DiAngelo, and the so-called “anti-racists,” who seek to redefine racism as a systemic rather than individual act. The most important ideas of Jefferson, Lincoln, and even civil rights hero Martin Luther King Jr. who led Americans to the belief that equality under the law was essential, have been abandoned.

The old tradition, the one flowing from 1776, has been replaced by a new one in which Americans are called to “see color,” and create “equity”—the new buzzword—by promoting racial discrimination on behalf of the marginalized. No wonder Lincoln is every bit as much of a target as Confederate generals.

Of course, those who will determine who is “privileged” will naturally be ensconced in elite and unaccountable academic, media, and governmental circles.

This is the ideological engine that is propelling the war on history, cancel culture, and the increasing woke absurdities that have led to taking down statues—often by mob—corporate virtue signaling, “ethnomathmatics,” and canceling Dr. Suess.

The implication of this burgeoning set of beliefs, where lived experience trumps reasoned debate, where free speech is violence, and where those who disagree or won’t go along are either erased or canceled—is dire.

We are currently in the grip of a kind of woke managerial revolution, in which all of America’s elite institutions are engaged in what amounts to a frenzied moral panic. History has been one of the most prevailing targets of this crusade as figures of our country’s past almost entirely fail by an ever-evolving, yet mercilessly unforgiving set of standards.

Literally, nothing will make it through the lens of this creed. But this challenge goes beyond just historical memory.

How is the United States and the West, in general, to hold itself together in the face of this growing challenge?

The answer is to expose the existential threat, to say “no” to ridiculous demands to purge the past, and ultimately begin the process of changing or rebuilding new institutions that don’t accept the new, radical ethos.

We can no longer rely on our institutions to self-correct on their own.

For instance, some argue that controversial or offensive monuments and statues belong in museums. Maybe, but given the current climate, trusting history to be entirely kept and curated by a major museum is like trusting a modern university to protect free speech.

Yes, many museums do a fine job, but a growing number of them simply reflect the ideological trends and dogmas that now emanate from elite academic circles.

Sorry, Indiana Jones, our history doesn’t just belong in a museum, it doesn’t belong to the people who run museums or universities, and it certainly doesn’t belong to a team of historians or “experts.” No, it belongs to the American people, to democracy. It belongs in a public square for all to think about, debate, and sometimes get angry about.

The idea that it’s time to ditch Lincoln and Washington may become normalized in elite institutions, but many Americans—across the political spectrum—still think their history is worth preserving.

The San Francisco School Board had to back down from its effort to purge historical names from schools in the face of public pressure. A possible sign of sanity in the Bay Area, but a lesson that public pressure and concerted outside opposition is the only way to counter institutional corruption.

Perhaps Americans should take a cue from France, which is beginning to revolt against the woke war on history. A line in the sand must be drawn now, or the sinews of civil society will either be torn apart or leave the country under ruthless authoritarianism. If action is not taken now, then Americans could end up with no past and no future.