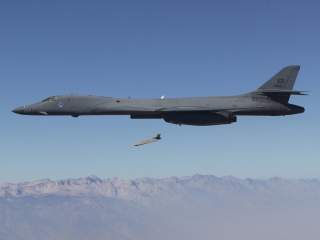 Over the coming fifteen years, the Pentagon plans to spend many billions of dollars modernizing the strategic nuclear triad—when the defense budget faces competing demands. On June 14, Secretary of Defense James Mattis indicated to a Senate Appropriations subcommittee that he had not yet made up his mind about the Long-Range Standoff (LRSO) weapon, a new nuclear-armed, air-launched cruise missile. He should think carefully, as a convincing case for the LRSO has not been made.

To be sure, the United States needs to modernize its triad. Building Columbia-class ballistic-missile submarines to replace aging Ohio submarines, a new intercontinental ballistic missile (ICBM) to replace the Minuteman III, and the B-21 strategic bomber make sense—though one can question the planned numbers. The 1,550 deployed strategic warheads that the 2010 New Strategic Arms Reduction Treaty (New START) allows to the United States could be carried on fewer strategic delivery vehicles, of which the United States has significantly more than Russia.

The arguments for the LRSO, however, are not compelling. The Air Force developed air-launched cruise missiles (ALCMs) in the 1970s due to concern that the B-52 presented a large target on Soviet radar screens and could not penetrate increasingly sophisticated Soviet air defenses. B-52s armed with nuclear-armed ALCMs had no need to penetrate; they could launch their cruise missiles from well outside of Soviet airspace (in those days, the Air Force did not have conventional standoff weapons).

Things have changed. The B-2 was the first U.S. stealth bomber. The B-21 will have both stealth and advanced electronic-warfare capabilities to deal with adversary radars. It is intended to operate in contested skies. Moreover, in order to arm the B-21 and other aircraft, the Department of Energy is producing a new variant of the B61 gravity bomb that will be highly accurate and have a variable yield of 0.3 to 50 kilotons. The Air Force does not need the LRSO to have a variable-yield weapon.

If the B-21 can penetrate sophisticated air defenses and deliver an accurate weapon with a low yield, the LRSO seems redundant. Moreover, the B-21 will get a standoff capability with conventional cruise missiles. Canceling the LRSO and its nuclear warhead could produce significant savings, in the range of $15–30 billion. (LRSO advocates would assert that the cost of the program over a thirty-year lifetime is a small fraction of total defense spending. True, but one can say that about every major Defense Department weapons purchase. Those “small fractions” add up to bust the budget.)

Some argue that the LRSO is necessary to equip the B-52 as the current ALCMs are retired around 2030. By that time, however, there should be a number of B-21 bombers to take on the nuclear mission. The remaining B-52s (which at that point will be almost seventy years old) could shift to conventional missions, as have other B-52s.

Exactly which target, or set of targets, could the LRSO hold at risk that other weapon systems—submarine-launched ballistic missiles (SLBMs), ICBMs, or B-2 and B-21 bombers armed with B61 bombs—could not?

Others note that the LRSO will be faster than a B-21 with a gravity bomb, which would have to overfly or get close to the target. For most long-range missions, however, the time savings would be marginal. The B-21 would still have to haul the LRSO most of the way. If a mission were time sensitive, the military would have to use an ICBM or SLBM.

It seems that the strongest argument LRSO supporters can muster is that the B-21 might not be able to operate in a contested air-defense environment. If that is truly a problem, it would be more logical to go forward with the LRSO and cancel the B-21, replacing it with a less expensive nonstealth bomber to launch LRSOs offshore. And yet, the Air Force maintains its faith in the stealth and electronic-warfare attributes of the B-21.

At a minimum, it would make sense to delay procurement of the LRSO until such time—if ever—as the B-21’s survivability appears to be coming into question, and the Pentagon concludes that the targets cannot be held at risk with other nuclear weapons. Delaying procurement would reduce the large “bow-wave” of spending requirements for strategic force modernization in the mid-2020s.

A related issue is the number of LRSOs the Air Force wishes to procure: 1,000–1,100. That looks like a significant increase in the number of air-launched cruise missiles available for bomber missions. While the Air Force does not say how many ALCMs or nuclear gravity bombs it deploys for its bombers, there are strong clues.

The 2002 Strategic Offensive Reduction Treaty (SORT) limited the United States and Russia each to no more than 1,700–2,200 operationally deployed strategic nuclear warheads. While the treaty did not define an operationally deployed strategic nuclear warhead (one of its many shortcomings), the U.S. government had its definition: ballistic-missile warheads on SLBMs and ICBMs plus the number of bomber weapons—ALCMs and gravity bombs—kept in storage areas at nuclear-capable-bomber bases.

Each year through 2010, the State Department sent a report to the Senate on SORT’s implementation. The 2010 report stated that, as of December 31, 2009, the number of U.S. operationally deployed strategic nuclear warheads was 1,968.

Shift forward thirteen months. According to a State Department fact sheet, as of February 5, 2011—the date when New START entered into force—the United States had 1,800 deployed strategic warheads. Of course, New START uses different counting rules from SORT. New START counts the actual number of warheads on SLBMs and ICBMs, but counts only one warhead for each deployed strategic bomber, regardless of how many weapons might be stored at bomber bases.

Unless there was a significant change in the number of deployed warheads on ICBMs and SLBMs between December 31, 2009 and February 5, 2011—nothing suggests there was—deducting 1,604 from the SORT total of 1,968 operationally deployed strategic warheads should yield a fairly accurate picture of the number of ALCMs and gravity bombs at bases for U.S. nuclear bombers. Admittedly, this is a bit of an apples and oranges comparison, but 364 seems very much in the ballpark.

Assume that one-fourth of those weapons were gravity bombs for the B-2s, which are not equipped to carry ALCMs (though the plan is to make them capable of carrying the LRSO). That would mean about ninety bombs, enough to arm each B-2 in the force with four or five weapons (B-2s can carry up to sixteen nuclear bombs). That would leave about 275 ALCMs.

If the Air Force has 275 ALCMs for its deployed B-52s, why does it seek to procure 1,000–1,100 LRSOs? Some LRSOs will be needed for development and reliability tests. Say forty for development tests and six per year for reliability tests for thirty years. That would translate to a testing requirement of 220 missiles. Add in fifty for spares. That brings the total to 545—half of what the Air Force has requested. Hans Kristensen at the Federation of American Scientists has estimated a total of five hundred ALCMs at nuclear bomber bases and in storage elsewhere. Even if one takes that number and adds in test and spare missiles, the total would still fall well short of 1,000–1,100.

The LRSO raises many questions. The Pentagon should take a long, hard look. Much-needed resources should be preserved to meet other pressing defense requirements.