Capital Crisis: Is America Prepared for the Financial Woes That Come Next 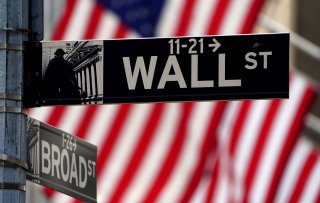 The Biden administration is launching the biggest fiscal expansion ever by pumping $ 1.9 trillion into the U.S. economy. That amount is equivalent to about 9 percent of Gross Domestic Product. The prize sought is economic growth in 2021 of 6.4 percent and 3.5 percent in 2022. The unemployment rate will be cut to half from 8.1 percent to 4.2 percent if the fiscal expansion goes according to plan. But will it?

The impact on federal finances already in dire straits will be devastating. The federal deficit in 2020 was 14.9 percent of GDP and is forecast to be around 10 percent for 2021 and 4.6 percent in 2022. Even with a relatively rosy outlook on growth and interest rate levels, it will fluctuate between 3.6 percent and 5.7 percent over the next ten years.

In 2019, the United States accounted for 41 percent of the global savings deficit. But back then the deficit on the current account of the balance of payments was 2.2 percent. With a forecast of 3.9 percent, an extrapolation points to 60 to 70 percent in 2021.

The United States is sucking in capital from the rest of the world to solve its domestic economic problems. Other debtors, especially developing countries, do not have much choice. But to see savings transferred to the United States notwithstanding the harm done to their own economy. Higher U.S. growth means higher imports, which may help other countries, but primarily industrial and resource-rich countries, leaving the weak—least developing—countries in the doldrums. And they are the most likely ones to default.

The average inflation targeting policy of the Federal Reserve System, also known as the Fed, says that inflation may exceed 2 percent modestly and temporarily to make up for past low inflation. The Fed takes the benign view that the 4.2 percent hike in the consumer price index (CPI) for April 2021 is consistent with this policy. The trend may be less congenial. Between January and April in 2021 the average monthly inflation was 2.5 percent compared to an average monthly figure for 2020 at 1.2 percent. The market is perturbed by the Fed’s inaction. The ten-year treasury rate has over the last year gone up from 0.58 percent to 1.58 percent.

If the trend in CPI and the ten-year treasury rate continues, then it is doubtful how long the Fed can hold the horses. The U.S. economy may be able to weather a hike in interest rates, at least in the short term.

But a large number of countries—especially already vulnerable ones—may not. As money cannot be at two places at the same time, developing countries facing an awesome debt burden, will not get the money they need to keep the wolf from the door. The result may well be that the birds let loose come home to roost.

The external debt of developing countries is now close to one-third of GDP and forecast to rise further. One would expect or rather hope that since the global financial crisis in 2008–09 deleveraging has taken place, but nothing of the sort has been done. Debt has more than doubled as a share of GDP. The composition of creditors has taken a turn for the worse. Ten years ago, about half of the debt was owed to private creditors. Now, about two-thirds of the debt is owed to private creditors.

If domestic debtors get into trouble, then the government will have to come to the rescue but has no money. The door to global financial institutions will not be open as governments themselves are indebted.

Most of the creditors are private financial institutions all over the world including the U.S. Major defaults will reverberate through their balance sheets already squeezed by the domestic economy. The upshot may be a replay of 2008–09. The government is being asked to act as lender of last resort (too big to fall, remember that phrase!), but this time the U.S. government is overloaded with debt.

The outcome may well be that the United States must accept the default of major financial institutions setting the ball running.

In 2008–2009 growth in China saved the world from a deep fall in GDP. This time it cannot be taken for granted. The Chinese economy is still relatively strong, but one wonders how strong if faced with a major crisis. Chinese total debt is estimated to be at the same size measured to GDP as is the case for the United States, but the main difference is that China runs a comfortable surplus on the current account.

Some observers take the view that the German surplus (the world’s biggest) has been a destabilizing factor urging Germany to help. The Germans will argue that by agreeing to the EU stimulus they have done their share. Few if any other countries have deep pockets to assist even if they wanted to help and all indications are that they don’t. Ranked by absolute size in billions of U.S. dollars, the other major surplus countries are: Japan 176, China 102, Netherlands 90, Russia 64, Singapore 53, according to data from 2019.

The United States may get lucky. Things may turn out in a way that helps the country through a difficult period, but chances are that it will go wrong. Figures do not lie and they point in the wrong direction.