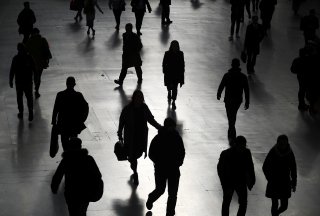 Before industrialization societies were stationary. Afterwards, growth became the new norm. The challenge was how to encase it in conceptual thinking. Economics was invented to do so. The first thinkers, Adam Smith and David Ricardo, introduced the market, the price mechanism and division of labor explaining economic transactions and how they benefit society

Karl Marx realized that capital would outshine labor and encroach an ever-rising share of the Gross Domestic Product (GDP). That would diminish the purchasing power of the majority of people and reduce the size of the market. Unless new markets could be found continuously, capitalism would collapse due to falling demand, forcing entrepreneurs into disinvestment, indistinguishable to a run-down of the capital stock—a death knell for capitalism.

The answer can be found by examining economic history since the industrial revolution. Capitalism can be divided into three phases with a fourth one beckoning.

In the initial phase, domestic growth was sufficiently high to give workers a higher wage, making their life better, albeit their share of the national income decreased (inequality rose as predicted by Marx). But as growth petered out, workers lost purchasing power as wealth stemming from growth went to capitalists, not workers. Capitalists saved instead of consuming, stymying demand.

Colonialism was the response. Capitalism made inroads in countries as yet untouched. The philosophy was to open their markets for large multinational companies operating primarily at home, extracting resources abroad and exporting finished goods to colonies at a lucrative price. The whole economic process was orchestrated in a way that made it enormously profitable for those countries already industrialised to display no ambition to spread capitalism. A study from 2018 concludes that Britain benefited vis-à-vis India from 1765 to 1938 to the tune of $45 trillion, which is seventeen times Britain’s GDP in 2020 (both figures in today’s prices).

In the 1970s ailing capitalism was paradoxically rescued by a hitherto communist country, China. That kicked off the third phase. Deng Xiaoping (1979) turned to the market economy as an instrument to bring economic growth to China. How to reconcile that with socialism and cost/benefit sharing with established industrial countries was postponed until China was an equal partner. A process his successors initiated amongst other things by introducing new concepts such as socialism with Chinese characteristics and joining institutionalized economic globalization.

The fourth phase may well start to take place in a decade or two when countries like India and maybe more important Africa enter the game. The multiplication of markets may be powerful enough to pull capitalism out of the doldrums and restart the engine until let’s say around the middle of this century—maybe a bit longer. It will be a rerun of when China in 1979 entered economic globalization. For some decades the established capitalistic countries—and this time including China—will be able to bag the advantages. But when the newcomers issue demands, as China is doing now, for their share, capitalism will collapse.

Meanwhile, technology has shoved a majority of the global population into total dependence on a handful of economic operators monopolizing global income and wealth. Suffice to mention that in 2009 the combined wealth of the world’s richest 380 people equalled the wealth of the bottom half. In 2018, twenty-six billionaires had as much wealth as the bottom half.

Capitalism has given birth to information and communication technology, artificial intelligence and biotechnology, which together produce the picture painted by Marx. A state of affairs where business in a cut-throat competition will retrench workers and cut wages for those still on the payroll bringing about a global proletariat.

A conjunction of the falling global population, no new markets in sight, diminishing purchasing power on existing markets, scarcities of resources, climate change going from bad to worse, abhorrent inequality and concomitant issues will supersede industrial age policy issues. Socialism is not the answer. It is nothing but another version of capitalism. Formation of capital to produce materialistic goods with the only difference being the ownership of production facilities.

The big issue will be the swing to a non-materialistic economy, total recycling and more global equality pointing towards some kind of global governance. Markets, prices and profits will be totally unsuitable instruments for managing and governing societies confronted with such challenges—the era of scarcities.

The response can be:

Either a fight for resources and a stampede to escape horrid environmental disasters with policymakers losing control.

Or a global mechanism to distribute resources controlled by the human need among countries and populations. In such a benign scenario production, consumption and extraction of resources will be subordinated to quotas defined by sustainability and/or total recycling.

Industrialization and economics will be a relic of a past epoch. A transitional stage from the feudal/agricultural society to the non-material and sustainable society, the only viable model in the long run.