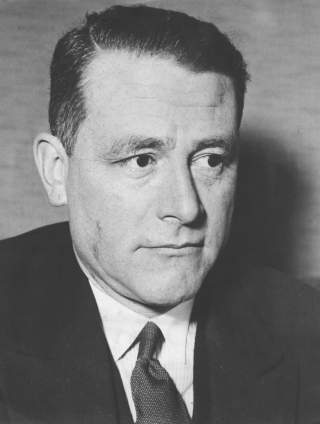 OVER THE past few years, the conviction that the end of the Cold War inaugurated an era of great-power peace to accompany the inevitable spread of democratic capitalism has been shattered. In Georgia and Ukraine, thousands have died as Washington’s attempt to fence in Russia with NATO allies and affiliates has been answered by Moscow’s determination to rebuild a Eurasian sphere of influence. In East Asia, China’s growing assertiveness has alarmed its neighbors and collided with America’s determination to remain the dominant power in the region. Regime-change efforts sponsored by the United States and its allies in Iraq, Libya and Syria have created power vacuums and bloody regional proxy wars, to the benefit of Al Qaeda and the Islamic State.

In geoeconomics, too, the Pax Americana and the neoliberal version of capitalism are increasingly contested. China, with the help of India, Russia, Brazil and other countries, has sought to organize alternatives to global economic and development institutions like the World Bank and the IMF, which are still dominated by the Western powers. In different ways, Xi Jinping’s China, Vladimir Putin’s Russia and Narendra Modi’s India represent an alternative economic model, in which free markets and state capitalism are blended under strong executive rule.

This moment of crisis for global liberalism coincides with the translation into English of a fresh appraisal of Carl Schmitt, a leading twentieth-century German thinker who, in the course of a long life, was a consistent critic of political and legal liberalism and American hegemony. In Carl Schmitt: A Biography, published in German in 2009 and published in English late last year, Reinhard Mehring, a professor of political science at Heidelberg University of Education, has provided the most thorough study yet of the anfractuosities of the political theorist known to his detractors as “Hitler’s Crown Jurist.”

SCHMITT, WHO was born into a Catholic family in Westphalia in 1888, rose to prominence as a conservative legal academic in the 1920s. His discipline of Staatslehre is much more than narrowly technical “law” or “jurisprudence,” including as it does elements of political philosophy and political science.

Schmitt’s intellectual allies were, by and large, the conservative nationalists of the Weimar Republic, not the more radical Nazis. In his diaries after the Second World War, Schmitt not inaccurately described Hitler as “an entirely empty and unknown individual” who rose “out of the pure lumpenproletariat, from the asylum of a homeless non-education.” However, following Hitler’s seizure of power, Schmitt joined the Nazi Party in May 1933. Thanks to the sponsorship of Hermann Goering, Schmitt was appointed state councilor for Prussia, president of the Union of National Socialist Jurists, editor-in-chief of the German Jurists’ Journal and a professor at the University of Berlin, where he replaced Herman Heller, a Jewish social-democratic legal theorist who had been forced into exile.

At the height of his brief prominence, Schmitt was even received by Mussolini. Schmitt would recall:

I had a longer conversation in private with Mussolini in the Palazzo Venezia on the evening of the Wednesday after Easter. We talked about the relationship between party and state. Mussolini said, with pride and clearly directed against national socialist Germany: “The state is eternal, the party is transient; I am a Hegelian!” I remarked: “Lenin was also a Hegelian, so that I have to allow myself the question: where does Hegel’s world historical spirit reside today? In Rome, in Moscow, or maybe still in Berlin after all?”

Schmitt did not consider the possibility that the world-historical spirit might have taken up residence in Washington, DC.

As Hitler consolidated his tyranny, Schmitt became more abject. He defended Hitler’s Night of the Long Knives on June 30, 1934, and described the anti-Semitic Nuremberg laws against Gentile-Jewish intermarriage as “the constitution of freedom,” even though, according to Mehring, in his youth he had briefly hoped to marry a Jewish woman, Helene Bernstein.

Some of Schmitt’s newly adopted “racial” rhetoric was so excessive—he proposed that the word “Jew” be placed next to the names of Jewish authors in footnotes in legal texts—that some hostile expatriates and devout Nazis alike believed they discerned in his writing not the zeal of the convert, but the cynicism of the opportunist. In 1936, the journal of the SS, Das Schwarze Korps, published several articles questioning his true commitment to Nazi ideology. Schmitt’s friendship with Goering and Hans Frank, who was later hanged for his war crimes as governor-general of German-occupied Poland, saved him from the clutches of the SS. He withdrew into recondite scholarship, which included musings on a Monroe Doctrine for Europe that would justify German expansionism and a history of the alleged struggle among maritime and continental great powers. Detained for a time by the Allies after the war, Schmitt explained: “In 1936, I was publicly defamed by the SS. I knew a few things about the legal, semi-legal and illegal means of power employed by the SS and the circles around Himmler, and I had every reason to fear the interests of the new elite.”

In a legal brief for Friedrich Flick, a German industrialist who had collaborated with the Nazis, Schmitt, having used arguments about the limits of positive law to justify the Hitler regime, opportunistically deployed them to justify war-crimes trials (though preferably not for his client): “Here, all arguments of natural sense, of human feeling, of reason, and of justice concur in a practically elemental way to justify a conviction that requires no positivistic norm in any formal sense.” The Allied occupation authorities were unmoved and imprisoned Flick until 1950, but after detaining Schmitt twice, once for more than a year, they decided that he had been too marginal a member of Hitler’s system for prosecution to be worthwhile.

Like the philosopher Martin Heidegger, who had also disgraced himself by enthusiastically welcoming the Nazi dictatorship when he became rector of Freiburg University in 1933, Schmitt was banned from teaching in German universities from 1945 to his death in 1985. Schmitt nevertheless managed to gather a small coterie of disciples and exercise some influence on German jurisprudence. He continued to write and also had distinguished visitors, including the philosopher Alexandre Kojève. In his old age in his native Plettenberg, Schmitt named his home “San Casciano” after the Tuscan village where Machiavelli spent his final years in exile. In his intellectual diary, the Glossarium, Schmitt bitterly complained: “How harmless were those who sensed the opportunity for intellectual change at the awakening in Germany in 1933, in comparison to those who took intellectual revenge on Germany in 1945.”

In the decades before his death in 1985, Schmitt interpreted current events in terms of what he described and dreaded as “the legal world revolution”—a world order, promoted by the United States and symbolized by the European Union, in which legalistic concepts like human rights and the rule of law became the only source of political legitimacy. What most liberals view as triumphant progress, Schmitt viewed as the disastrous marginalization of continental European statism as an alternative to the maritime liberalism of the Anglo-American world: “World politics reaches its end and is turned into world police—a dubious kind of progress.”

IF SCHMITT were merely one of many German conservatives of the Weimar era who disgraced themselves by collaborating with the Nazis, he would be of interest only to historians. Instead, Schmitt’s reputation as a major thinker endures, sometimes in surprising quarters. American law professors wrestle with Schmitt’s theories about constitutionalism and power, while the Western Left is impressed by his denunciation of liberal globalism as a mask for Anglo-American and capitalist imperialism. In the late twentieth century, the American journal Telos, a meeting place for heterodox leftists and paleoconservatives, helped further the revival of interest in Schmitt’s thought, along with studies by G. L. Ulmen, Joseph J. Bendersky, Gopal Balakrishnan and many others. Some claim, absurdly, that Schmitt influenced the neoconservative movement by way of the political philosopher Leo Strauss, a respectful critic and correspondent in the 1920s.

Confronted with Enlightenment liberalism in its various versions, preliberalism finds itself at a disadvantage in the battle for modern public opinion, because appeals to preliberal sources of social authority—divine revelations, local customs and traditions—are unlikely to persuade those who are not already believers. Unable to hold their own in debate with liberals, adherents of preliberal worldviews tend to withdraw into sectarianism, which may be defensive and quietist like that of the Amish, or manifested in millenarian violence, like the Salafist jihadism of Al Qaeda and the Islamic State.

In contrast with preliberalism, modern antiliberalism like Schmitt’s seeks to defeat liberal thought on its own chosen ground of public debate, using its own preferred weapons, rational analysis and secular scholarship. It is modern because it takes for granted the post-Enlightenment intellectual environment of secularism and science. And it is antiliberal because it defines itself against modern liberalism, on point after point. It is a reaction to liberalism that would not exist without liberalism—a Counter-Enlightenment, not an ancien régime.