The Case Against Finland Joining NATO 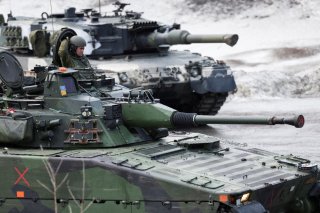 Finland announced last week that it will apply for membership in the North Atlantic Treaty Organization, and neighboring Sweden may soon follow suit. To most Western commentators, this is great news. Finland and Sweden are prizes for NATO’s side and their membership serves as a new way to punish Russian aggression. The preference in most NATO capitals, especially Washington, seems to be more for a coronation than a debate that evaluates the costs and benefits of allying with these states.

The case for Finland is especially problematic. Washington should withhold its support, at least until existing European allies make a convincing case that they will bear any added burden. The United States can have good and mutually beneficial relations with Finland without threatening nuclear annihilation of Russians—the core promise on which NATO runs—on its behalf. Nor does it leave Finland very insecure: Finland’s long-time neutrality has been a great security success, and it is still safe.

Finland’s desire to join NATO is understandable. Its president, Sauli Niinistö, answered Russian claims that Finnish accession would threaten Russian security by shooting back, “you caused this. Look in the mirror.” It’s a story as old as time: When the world looks scarier, countries reach for more security by heightening their own defenses and/or joining alliances. But Finland’s interests are not the same as other NATO countries’, and its prospective benefits to the alliance, particularly to the United States, are small and outweighed by costs.

A Russian invasion of Finland, a remote risk in normal times, is even lower now, with Russian forces tied down in Ukraine and being lost without near term replacements. Russia possesses few resources, military, political, or economic, for an attack on Finland. Nor is there indication that Finland produces the same neuralgia in the Kremlin that Ukraine does. Russia could eventually threaten Finland, but not anytime soon.

That low short-term risk of attack, though, also argues against the need for NATO membership in the first place. As does the frequently-voiced protest that Finland has a capable military. While the Finnish military is likely enough to deter attack on it, it contributes little to NATO beyond that.

Finland is a large country with a small population and an 820-mile border with Russia. With under 6 million citizens, it is understandable that Finland’s entire active-duty force is tiny, with just over 23,000 members across its army (just over 17,000), navy (3,400), and air force (3,050). A reserve takes overall numbers to just under 300,000 when fully mobilized. Finland does not train, and has not equipped itself, for anything other than territorial defense. There is little reason to believe the Finnish military could contribute to missions outside Finland.

If Finland is fairly safe and can contribute little to NATO outside its borders, why admit it in the face of the costs of doing so? The financial costs are not huge, but not trivial either. One recent report estimated that bringing Finland into NATO would cost the United States between $1-5 billion up front and between $550-730 million every year.

But the broader costs are more important. The largest one is that it recenters European security around NATO at a time when the United States, which faces huge economic problems at home and a worsening security picture in Asia, should be handing Europe over to Europeans. The shock of the Russian attack on Ukraine has impelled European states to do more for their own security. Europe’s reawakening combined with Russia’s incompetence shows that Europe can defend itself. The United States should be exiting stage left from Europe rather than restoring its role as Europe’s pacifier.

These considerations should at least be heatedly debated in the thirty NATO states whose unanimity is required to admit new members. Citizens of these countries, mostly vibrant democracies, have a say in who they agree to potentially fight to defend. Instead of honoring that democratic reality, or even cynically genuflecting to it, U.S. and NATO leaders simply assert that the alliance will support the new applicants’ membership. NATO secretary-general Jens Stoltenberg declared ex cathedra that Finland’s accession will be “smooth and swift.”

It perhaps shouldn’t be surprising that Stoltenberg, a Norwegian, is so aggressively pushing for NATO to expand to Finland and perhaps Sweden. One enduring reality of NATO is that frontline states have always energetically supported pushing NATO’s border further away to a new frontline state. But the secretary-general doesn’t get a vote. The fact that he thinks the decision is up to him is a sign of NATO’s isolation from the publics whose labor allows it to exist.

Meanwhile, the prospect of expansion to Finland may encourage states to extort the United States or other Finland backers. Turkey is already grumbling about opposing Finland’s accession, due to its alleged support for Kurdish terrorists—but might well settle for payout of some form from the United States or Finland itself.

The United States needs to get back to basics in Europe, which means letting capable states balance Russian power. It did not bleed and die in two European wars in the twentieth century for the peripheral stakes NATO demands it defend today. It went to war and spent big in the Cold War to prevent one country from dominating the industrial heartland of Europe, a development that could have threatened U.S. national security. Whatever else we think about Russian aggression against Ukraine, or potentially against Finland, it does not threaten our security.

Finland would be fine without NATO, and U.S. relations with Helsinki need not suffer much by denying it U.S. defenses. If Europeans want to defend it, they should say so, and draw up plans for doing so. Today, NATO serves mostly as a vehicle for transfer payments from U.S. taxpayers to European ones. Stepping back from Europe would save the United States at least $80 billion each year. Now is the time for U.S. retrenchment from Europe, not expansion there.

Justin Logan is a senior fellow at the Cato Institute.