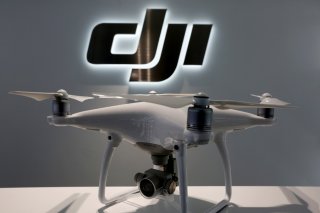 THE RISE of China as a great power in all dimensions—military, economic, and diplomatic—has ended the unipolar era that followed the Cold War—if such an era ever truly existed. Instead of producing a bipolar world order, China’s rise is creating a multipolar world order, by enabling second-tier powers like Russia and Turkey and others to maneuver between Washington and Beijing.

The return of a multipolar world of great power rivalries is forcing American strategists to rethink the relationship between military, security, and diplomatic influence, on the one hand, and industry and trade, on the other. During the Cold War, these were habitually treated as separate subjects. The Soviet Union and, to a lesser degree, Communist China were military and ideological rivals, but not commercial adversaries. Japan and West Germany were commercial adversaries, but not military and ideological rivals. In contemporary China, however, the United States, for the first time since the defeat and dismemberment of Germany in 1945, faces a rival on all fronts simultaneously. It is as though in the 1950s the United States had not only competed with the Soviet Union in arms races and bids for influence in post-colonial countries but had also competed with the Soviets for global market share in aviation while defending the U.S. home market against subsidized Soviet automobile imports.

Although in 1990, Edward Luttwak defined “geoeconomics” in terms of the “logic of conflict” combined with the “grammar of commerce,” there is no precedent in living memory for the kind of full-spectrum great-power competition embodied in the Sino-American rivalry. Today’s members of the U.S. foreign policy establishment grew up in a rapidly vanishing world in which the national security adviser supervised defense, defined in terms of war and terrorism, while international trade was handled by the U.S. trade representative. In the split-brain of America’s foreign policy elite, one hemisphere was programmed by international relations theory, which paid next to no attention to trade and investment, while the other half of the brain was programmed with free-market economics that assumed a world of perpetual peace.

Realist thinkers might have been expected to contest this separation of trade and statecraft. After all, the history of the modern world before 1945 is largely a history of attempts by European great powers, and later the United States and Japan, to use military power and diplomacy to control foreign resources and labor and secure foreign markets for their domestic manufacturers and investors. But while “classical realists” took such factors into account, late-twentieth-century American academic “neorealism” focused excessively on national security (narrowly defined) and got side-tracked into abstruse models of polarity and seduced by the dream of pseudoscientific rigor. If national security thinkers had dared to stray into subjects of international trade and industrial structure which academic economists claimed as their own preserve, they would have been subject to attack by the Capitoline geese who guarded the free-trade/free-market Washington Consensus from the barbarians, like the economist and pundit Paul Krugman.

As a result, American strategists are wholly unprepared at the intellectual level to deal with the emerging world order, in which national security and national economic policy can no longer be separated.

IN ORDER to think clearly about national strategy, it is necessary to distinguish power from security, and wealth from prosperity. To use the jargon of game theory, power and wealth are “zero-sum” games, and security and prosperity are “non-zero-sum” games.

Power and wealth are relative. A country can be more powerful or wealthier only in comparison to other countries.

Security and prosperity, in contrast, are absolute concepts. All countries can become more secure or more prosperous at the same time, even if some countries become relatively more powerful and relatively wealthier than others.

To simplify somewhat, the dream of a certain idealistic strand of liberalism for generations has been to replace a world of zero-sum rivalries for relative power and relative wealth with a world of non-zero-sum mutual cooperation among all countries in promoting absolute security and absolute prosperity. Realists argue that this is neither possible nor prudent in a world of independent states without a single global sovereign.

In the military realm, the different objectives of absolute security and relative power are reflected in different methods: arms control and disarmament. The policy of arms control implicitly takes for granted the continuing existence of competition for relative power among great powers (if not minor states) for relative military advantage. The purpose of arms control is not to eliminate national militaries, or even to eliminate arms races, but to reduce the danger and cost of particular arms races to both sides in a geopolitical contest.

In contrast, the goal of advocates of disarmament is absolute and universal human security by means of the eventual abolition of national militaries and weapons of war everywhere. All countries could become more secure from threats of invasion, for example, if all armed forces that could be used offensively to project power across borders were eliminated.

The problem with disarmament, realists would object, is that if one country became aggressive and chose to rearm later, its neighbors might be forced to hastily rearm to deter invasion or intimidation. If they failed to do so in time, they might sacrifice vital interests or even lose their independence. Far better for all nations to maintain minimally adequate militaries that can be expanded in response to threats, rather than risk disarmament—even if, temporarily, all countries were to disarm at once.

The difficulty with U.S. strategy since 1945 is that it has been informed by the zero-sum logic of arms control in the military realm and by the non-zero-sum logic of disarmament in the economic realm. In the military arena, the United States in the Cold War engaged in arms races, not to build a war machine enabling it to invade the Soviet Union and its client states, but to achieve a position of strength from which to negotiate arms control treaties that benefited the United States and its allies. In the economic realm, however, U.S. trade policy in the same period was engaged in economic disarmament. The purpose of multiple rounds under the General Agreement on Trade and Tariffs, the creation of the World Trade Organization, and regional free trade agreements like NAFTA/USMCA, has been to strip countries, including the United States, of various tools traditionally used to protect and promote their own industries, like tariffs and subsidies and local content requirements and procurement preferences.

Why would an industrial great power like the United States promote a global trade regime that makes it illegal to engage in industrial policy for the benefit of American producers and workers? On the face of it, given the dependence of military power on national industrial capacity, this policy seems irrational—particularly because the United States during and since the Cold War has tended to turn a blind eye to violations of free-market ideals by allies like Japan and rivals like China alike.

U.S. SUPPORT for a rule-governed international economic order that binds the United States itself is not as peculiar as it seems. Under conditions that existed for a time, both multilateral and unilateral economic disarmament may have made sense in realist terms.

According to the tradition of economic nationalism informed by Alexander Hamilton, Friedrich List, Alexander Gerschenkron, Raul Prebisch, and others, the foreign trade strategy of a country should depend on its stage of industrialization. (I will limit the discussion to the small number of populous, major military and industrial powers, two categories that tend to overlap. Small and weak countries—the majority in the world—have far fewer choices and little bargaining power and must seek the protection of greater powers and access to markets of populous nations on whatever terms they can get.)

An agrarian country attempting to industrialize should engage for a time in protectionism or import substitution industrialization. Tariffs, non-tariff barriers, local content requirements, or other measures can exclude imports from more advanced, already-industrialized countries and reserve the national market for its own national “infant industry” firms, which, though inferior to the firms of the advanced countries, must learn by doing over time. The infant-industry firms need not be national; they can be local affiliates of foreign firms, as long as they build up national industry and transfer technology to national capitalists and skills to national workers.

Once a country has industrialized, its trade strategy should change. Its industries are now equal in quality to those of other countries, so it no longer needs the “training wheels” of infant industry protectionism. The emphasis should shift from protecting its own market to gaining access to foreign markets—without, however, sacrificing its home market completely to foreign firms.

The trade strategy that the nation pursues in this second era depends on its own relationship with other powerful industrialized nations. If the newly-industrialized country is only one of several great powers, then it can benefit from access to affluent consumer markets, most of which are found within the other great military-industrial powers at a similar level of development. At the same time, in a multipolar system the country should be wary of becoming overly integrated with and dependent on other great powers that might turn against it in the future. In a multipolar system, the wisest course for great powers is to increase their access to foreign markets or foreign investment by means of reciprocal trade liberalization agreements—while limiting their trading partners to military allies or neutrals and protecting their national firms in their strategic industries from competition even with the firms of friendly allies in some cases.