The Case for Kissinger 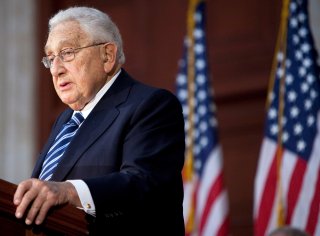 IN A surly essay in the New Yorker, Thomas Meaney brands Kissinger a mere “careerist” who lacks imagination:

Since leaving office, too, Kissinger has rarely challenged consensus, let alone offered the kind of inconvenient assessments that characterized the later career of George Kennan, who warned President Clinton against nato expansion after the Soviet Union’s collapse. It is instructive to measure Kissinger’s instincts against those of a true realist, such as the University of Chicago political scientist John Mearsheimer. As the Cold War ended, Mearsheimer was so committed to the “balance of power” principle that he made the striking suggestion of allowing nuclear proliferation in a unified Germany and throughout Eastern Europe. Kissinger, unable to see beyond the horizon of the Cold War, could not imagine any other purpose for American power than the pursuit of global supremacy.

But does deeming something a “striking suggestion” mean that it is also a sensible one? Surely Meaney does not himself mean to suggest that Central Europe would be better off if it were studded with nuclear weapons? Anyway, Kissinger, far from preaching American dominance, has sought to preserve, as far as possible, its power and was consistently condemned, at least on the right, for not seeking hegemony. It was George W. Bush, not Nixon and Kissinger, who sought to realize that vision. Since then, Kissinger has consistently called for averting a new clash with Beijing, warning that unrestrained competition could prompt China to morph into a modern-day Wilhelmine Germany that ends up in a catastrophic conflict with America. The same holds true for the prospect of a clash with Russia, where, as Michael C. Kimmage and Matthew Rojanksy observe in this issue, “conflict should be contained and balanced against cooperation. Russia, our third neighbor, must be a country with which the United States can manage to live.” Other realists such as Fareed Zakaria are warning about the prospect of the “self-destruction of American power.”

Decline is not inevitable. In a robust riposte to those predicting the demise of American power, Columbia University scholar Gregory Mitrovich asserts in this issue that “the intrinsic strength of the United States will, like that of Britain a century ago, enable America to retain its dominance.” But it will require a focus on national interests, rather than crusades, to ensure that America does not enfeeble itself. As the Trump administration seeks confrontation with China and jettisons the arms-control treaties that helped to constrain and regulate the dangers of a nuclear clash with Russia, Kissinger’s emphasis on the importance of maintaining order in international politics seems increasingly urgent. America is in danger of squandering its patrimony. To heed Kissinger’s counsel is not idolatry but prudent self-interest.