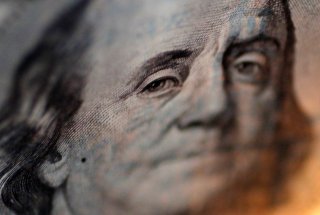 If China cuts its holdings of dollar-denominated assets and rebalances its economy towards consumption, then the yuan’s role in international transactions will rise, allowing Beijing to create a trading bloc of yuan-based countries bypassing the U.S. financial system. The interdependence of American, Chinese, and world economies has been a powerful check against the potential conflict between Washington and Beijing, and decoupling China from the dollar will remove this advantage and make the conflict between the two powers more likely.

Unless multilateral action is taken, abandonment of the dollar hegemony means that other currencies will play a more prominent role in international affairs, and this may fracture the world into several spheres of influence, resembling the conditions that led to the World War I, when the currencies of leading powers all played a substantial role in the international economy. America’s political leverage over other countries will shrink as the dollar’s share in international trade falls. America may even choose to return to isolationism and decouple from world affairs altogether.

There is an imperative to reform an international financial system, but action should be multilateral. Global rebalancing strategy should be focused on reducing the role of the dollar and the corresponding increase in the international position of SDRs (special drawing rights, IMF units based on a basket of leading currencies) so that global demand for reserve assets is more evenly distributed among several currencies.

SDR will play a role similar to international currency by combining several reserve currencies using the weighted average method so that the shares of particular currencies in international trade are determined not by the decisions of nation-states but according to the size of the economies of the holders of reserve currencies. The global trading system will become less unbalanced because SDR will enable surplus states to build up reserves without having to export their savings and forcing other countries to run current account deficits. The creation of the new international financial system is not only an economic imperative, as the costs of an exorbitant burden imposed by the dollar begin to manifest themselves, but also a national security one. The United States cannot prosper in an unstable and divided world that may follow America’s unilateral abandonment of the dollar hegemony.

The United States stood behind the establishment of the Bretton Woods system in the wake of World War II in order to avoid “beggar-thy-neighbor” protectionist policies that worsened the Great Depression and paved the way for World War II. The scale of the global economic downturn caused by the novel coronavirus is, in many ways, reminiscent of the Great Depression, and Washington must lead the world in renewing the global economic and financial system to avert a potentially destructive unraveling of the contemporary global order.