The Case for Questioning U.S. Leadership 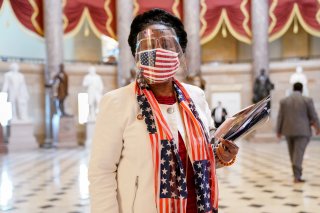 The election of an “America First” president has produced much reflection on the potential passing of a period of U.S. global leadership. If the country were to abandon the pursuit of international influence in favor of a narrower defense of national interest, then what in the world would change? Any attempt to answer this question must begin by identifying what, or whom, the United States has been in the business of leading.

In recent years, many advocates of U.S. leadership have determined its purpose to be the preservation of an entity they call the “liberal international order.” Although versions of the concept enjoyed popularity within the Obama administration and among individual scholars of international relations, it was only after the election of 2016, as foreign policy pundits rushed to name a status quo in crisis, that the phrase “liberal international order” entered broader circulation. The novelty of the concept and the anxiety responsible for its sudden relevance were evident in the title of a Foreign Affairs anthology from February 2017—“What Was the Liberal Order? The World We May be Losing.”

As debates over its future intensified, the “liberal international order” ceased to sound strange and even acquired the acronym LIO. Its proponents commonly describe it as a combination of rules, norms, and institutions that govern international behavior and depend on the United States’ example and enforcement. Lists of the LIO’s components are typically long and rarely uniform, but a representative sample might include democracy, human rights, and open markets alongside the United Nations, NATO, and the World Bank. Because the internal elements of the “liberal international order” are so varied, its contours remain rather vague.

Whether it is analytically or politically productive to posit a long-lasting LIO is the subject of debate. One question is whether the United States did, in fact, establish a coherent set of rules, norms, and institutions that have governed relations among nations since World War II. Another is whether to support the political program that the “liberal international order” has come to represent. This second question raises a rarely asked third. If attitudes toward the LIO are shaping debates in the present, then what other ideas might have motivated policymakers in the past? After all, those who led the United States during the period now associated with the establishment and preservation of the “liberal international order” had no such project in mind. Their own aims derived from different concepts.

A new book by Michael Kimmage, The Abandonment of the West: The History of an Idea in American Foreign Policy, investigates the impact of one such concept. The broad outline of his argument is, by now, familiar. The United States, he claims, assumed a role of international leadership in the wake of World War II, has abandoned it under Donald Trump, and must work to regain it in the future. However, as the book’s title indicates, Kimmage’s subject is not the newly invented LIO, but the far more familiar West. And instead of searching for an enduring order, he traces the trajectory of an important idea. As Kimmage writes in his Introduction, the “liberal international order” has “no cultural resonance” and speaks to “no recognizable American identity and no historical pattern.” The idea of the West, on the other hand, has long influenced how Americans perceive themselves in relation to the rest of the world.

The Abandonment of the West is a valuable attempt to understand the course of American leadership in terms of a key motivating concept. Kimmage clearly demonstrates that early Cold War policymakers, in particular, prioritized the preservation of the West and often framed international developments and American aims in terms of historical and cultural reference points derived from the story of Western civilization. Just as important, Kimmage’s focus on the long-term evolution of the idea of the West ensures that the United States’ assumption of international leadership does not emerge ex nihilo in the middle of the twentieth century, but instead arrives as the product of previous political and cultural developments. Finally, he makes sure to match depth with breadth, charting the rise and fall of the idea of the West “across multiple worlds.” In addition to examining the perspectives of presidents and policymakers, Kimmage turns his attention to intellectuals such as William McNeill, whose 1963 “academic blockbuster” The Rise of the West: A History of the Human Community reflected a White House worldview, and Edward Said, whose 1978 book Orientalism “permanently undermined the prestige of Western civilization curricula at American universities.” Kimmage completes the picture by revealing how architectural fashions, such as the neoclassical craze of the late nineteenth and early twentieth centuries, reflected American relations with an imagined West.

Kimmage’s account of the development and disappearance of the Western Civilization course in American universities is particularly effective. He shows the early genesis of such programs in the late nineteenth century, their proliferation and standardization after World War I, and their fall from favor following the cultural shocks of the 1960s and 1970s. Indeed, this rise-and-fall narrative is so compelling that Kimmage’s effort to reveal a parallel pattern in the conduct of American foreign affairs suffers by comparison. Whereas the content of the Western civilization course remained remarkably consistent throughout the five or six decades of its dominance in university curricula, the importance of the West waxed and waned over the years in Washington. As Kimmage himself acknowledges, locating the concept in a policymaking context is no simple task: “Confusingly, the West is a place, an idea, a value—or places, ideas and values,” and, to make matters more difficult, many of these meanings “are mutually contradictory.”

Kimmage tends to define the West in three different ways. The first focuses on the shared historical and cultural heritage believed to bind the United States to Europe. This definition corresponds most closely to the notion of Western civilization as it appeared in higher education. The second refers to the “geopolitical West,” understood as a specific region sharing a set of material capabilities and strategic interests. This is the sense in which Kimmage refers to an “immensely powerful” transatlantic West after the end of the Cold War. The final meaning is the furthest removed from common conceptions of the West, and yet this is the one that Kimmage chooses to emphasize above all others. In his introduction, he claims to follow “one particular definition of the West in American foreign policy. This is the West embedded in a Euro-American narrative of self-government and liberty.” Thus, Kimmage conflates the idea of the West with specific values apparently derived from the European Enlightenment.

Accordingly, Thomas Jefferson is a champion of the West, since he “forged the bond between the Enlightenment and the main lines of American foreign policy.” Never mind that he, together with many of his compatriots, defined American liberty in direct contrast to European tyranny. In the same vein, Kimmage categorizes World War I and World War II as wars for the West because Woodrow Wilson and Franklin Roosevelt represented them as crusades on behalf of liberty and self-government. In fact, neither president made a habit of invoking a virtuous West or an evil East. On a rare occasion when Roosevelt did refer to “Western civilization,” it was to insist that “the old term […] no longer applies,” since events had, for the first time, brought humanity together into “a real world civilization.” Finally, Kimmage claims that Clinton, Bush, and Obama “stayed firmly and sincerely within the Jeffersonian—or Western—tradition of American foreign policy” despite avoiding the word “West,” whereas Donald Trump should be seen as “the first non-Western president,” because he has “abandoned the Jeffersonian West of liberty, multilateralism and law in favor of an ethno-religious-nationalist West.”

Kimmage tacks between different definitions of the West in order to provide himself with a way out of a present-day dead end. On the one hand, he worries that the American public has lost the sense of collective purpose that identification with the West once provided. On the other, he recognizes—and, for the most part, accepts—the reasons for the idea’s abandonment. Selectively sublimating a civilizational and geopolitical West into a set of Enlightenment values provides him with an apparent solution to this problem. In the end, he proposes that a post-Trump United States should adopt “a dual-track approach” in foreign policy, “promoting the West when dealing with Europe and promoting the ideals of liberty and self-government when dealing with countries that are not European.” American universities, meanwhile, should foster a shared “historical and cultural purpose” among students, not by reviving the old Western civilization programs (Said’s critique still stands), but by teaching the West of “liberty and self-government.” It is difficult to imagine such a tenuous and selective application of a watered-down West providing the American public with a renewed sense of purpose.