The Case for Reducing Defense Spending 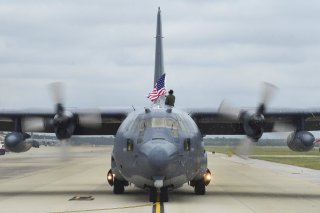 As the United States approaches the start of its next fiscal year, defense spending will soon approach a whopping $1 trillion. To understand how this came about, it is important to go back to the start of the Trump administration, in January 2017.

Upon taking office, former President Donald Trump argued that he had to significantly raise defense spending because the military was severely depleted, lacked modern and sufficient equipment, and was facing a massive readiness crisis. But, as experts such as retired General David Petraeus and Michael O’Hanlon of the Brookings Institution pointed out, this was categorically false. There was no readiness crisis. In fact, according to Petraeus and O’Hanlon, the state of the U.S. military was “awesome” when Trump was elected. Nevertheless, Trump increased defense spending by $71 billion, or 11 percent, during his first year in office. By the time he completed his term, Trump had raised the defense budget by almost $100 billion to a total of about $740 billion.

As a result of Trump’s dramatic spending increase, many analysts and political leaders believed that if a Democrat were elected in 2020, defense spending would be reduced or, at a minimum, would stop growing so rapidly. In fact, the 2020 Democratic Party platform argued that the budget was already too high, and then-candidate Joe Biden contended that Trump had abandoned all fiscal discipline when it came to defense spending.

When Biden ultimately won the election and Democrats took control of Congress, many analysts believed that annual defense spending would be reduced by as much as 10 percent and rolled back to no more than $700 billion, an amount that even Ambassador John Bolton, Trump’s third national security advisor and neocon hawk, argued was sufficient to provide for national security.

However, contrary to conventional wisdom, this has not happened. In fact, the Biden administration’s first two budgets will likely result in increasing defense spending more rapidly than Trump did in his four budgets.

In April 2021, Biden proposed to increase defense spending from $741 billion to $753 billion and projected that he would increase it by another $27 billion in FY 2023. Meanwhile, Congress added another $25 billion to Biden’s proposal, bringing the FY 2022 defense budget to $778 billion, or $37 billion more than Trump’s last budget and $7 billion more than Biden had projected he would spend in FY 2023.

For FY 2023, which begins on October 1, 2022, the Biden administration has continued escalating defense spending. It has proposed spending $813 billion on national defense. This increase had nothing to do with the escalating rate of inflation—it assumes only a 2.3 percent inflation rate for the Pentagon in the FY 2023 budget—or with the war in Ukraine, which is funded separately.

Even this $43 billion, or 6 percent, increase over Biden’s projection was not enough to satisfy some defense budget hawks in his own party. The Senate and House Armed Services Committees have already added $45 billion and $37 billion, respectively, to the Biden proposal. This would bring defense spending to more than $850 billion for FY 2023, or more than $200 billion over Trump’s first defense budget of FY 2017. This figure also does not include the $100 billion the Pentagon annually spends amortizing military retirement or the more than $300 billion the Department of Veterans Affairs is spending each year. Or the billions of additions that will have to be made to adjust for inflation or to replace the military equipment the United States has sent and continue to send to Ukraine.

Defense spending represents a large share of the discretionary budget, so eventually, it will have to be brought under control if the country wants to focus on other priorities like climate change, student debt forgiveness, infrastructure, or rising inflation. Defense hawks of the House and Senate Armed Services Committees, like Senator James Inhofe (R-OK), Rep. Jared Golden (D-ME), Rep. Michael Turner (R-OH), and Rep. Elaine Luria (D-VA) will argue that given the increasing threat from China and Russia, now is not the time to do it.  However, although China’s annual defense budget is increasing, it amounts to $297 billion. Russia’s is only $66 billion. According to some estimates, the United States already spends almost as much as the rest of the world combined on defense.

While some might argue that reducing the proposed defense budget would jeopardize national security, the fact is that no matter how much this country—or any country—spends on defense, it cannot buy perfect security. Even at the height of the Cold War, presidents refused to fund all the programs that the military argued were vital to protect the nation. For example, President Dwight Eisenhower provided funding for all his domestic programs, like the Interstate Highway System, and gave the military the remainder of his proposed balanced budget. As a result, defense spending dropped by 40 percent from the Korean War level by the end of his administration.

Similarly, after increasing defense spending dramatically in his first term, President Ronald Reagan slashed it by 10 percent to combat the escalating budget deficits in his second term. Even current and former military leaders, such as General Mark Milley and former chair Admiral Mike Mullen, argue that the rising deficit is a threat to national security, and defense spending needs to be reduced as part of any deficit reduction program.

Second, the president should retire irrelevant and old Navy ships such as the Littoral Combat Ship (LCS) and use the savings to build new, modern ships. Retiring the twenty-four LCS would save $3.6 billion alone. In addition, the Navy should follow the advice of the late Sen. John McCain (R-AZ), a war hero and retired Navy aviator, to stop building large aircraft carriers such as the $13 billion Ford-class carrier. And given the Marines’ new strategy of abandoning amphibious landings, the Navy could reduce the number of large deck amphibious ships, as recommended by Deputy Defense Secretary Kathleen Hicks.

The third would be to slow the production of F-35 fighter jets to no more than fifty a year because the aircraft has had numerous cost overruns and technical problems, rather than the current level of eighty-five a year. Doing so would not only save $5 billion annually but would also enable engineers to fix the F-35’s problems more effectively. Rep. Adam Smith (D-WA), chair of the House Armed Services Committee, argued that continuing to build them would be like pouring money down a rat hole.

The Biden administration and Congress must take steps to reduce defense spending in these three key areas. Doing so is good for the country, will not jeopardize national security, and will allow the United States to fund other critical programs that will help everyday Americans.