The CDU Defeat Is a Major Blow to Germany 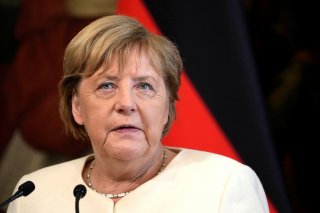 The CDU is the clear loser of the 2021 federal elections. It must be of no comfort that the SPD won with only a 1.6 percent margin. The CDU lost 1.5 million votes to the SPD, 900,000 votes to the Greens, and 400,000 to the FDP. The CDU loss was decisive in the East, whereas three-quarters of the SPD victory originated in the Eastern states. To blame the disastrous results solely on Laschet, the candidate for chancellor, and the conduct of his election campaign is simplistic and a serious denial of longtime decline. For sure, Laschet’s lack of perceived leadership during the pandemic and his lack of charisma overshadowed his success as governor of Northrhine-Westfalia, Germany’s most populous and industrialized state.

Often overlooked has been Merkel’s long reign as party chair. She served eighteen years until her abrupt resignation in 2018 as a result of painful losses for her CDU nationally and in key state elections. Since then, Merkel has appeared less and less engaged in her part—almost to the point of indifference. During her sixteen-year tenure as chancellor, the CDU lost its programmatic compass and slowly but surely compromised its original core brand: strong on defense and NATO membership, fiscal discipline and measured entitlement programs, nuclear energy as a realistic avenue toward clean energy, personal responsibility with rewards for education and performance, and the simultaneous pursuit of European integration while preserving national identification and patriotism. Most critics have blamed Merkel for “moving and greening the CDU to the Left,” certainly with some justification. On September 26, voters preferred the originals over the CDU trying to be a clone of the SPD and Green parties.

Merkel’s eighteen years as CDU chair and sixteen years as German chancellor can be summarily characterized as “follow the zeitgeist.” Merkel’s genius to detect any newly emerging public sentiment, fully embrace it, and subsequently position herself as the leader has been widely recognized. The chancellery has employed the most sophisticated polling instruments and frequent focus group research. Merkel did not challenge Germans with necessary reforms requiring dramatic change and even sacrifice. She left Germans in their comfort zone, provided protection against societal disruption, and altogether avoided any painful adjustment to counter the radically changing international environment, both politically and economically. People trusted her low-key style based on her intellect and frame of mind as a sophisticated nature scientist and rewarded her with high personal-popularity ratings throughout her tenure.

Thus Merkel, whose politics were largely reactive not proactive, will be remembered as a chancellor who managed crises rather than resolving them. It is no surprise that her dominance as chancellor preempted and stalled most substantive and controversial discussions of policy platforms within her party. But to assign sole responsibility for the decline of the CDU to Merkel would be grossly unfair as well. There is a lot of blame to go around, corrective voices from other party leaders were missing or only subdued, and loyalty toward the chancellor too often grew into undue deference. Last but not least, “friendly fire” from CSU headquarters in Munich over the years, including during the most recent election campaigns, was an additional irritant.

The CDU of Konrad Adenauer, Helmut Kohl, and Angela Markel must regain its strength in the interest of the Federal Republic of Germany and the international community. It should happen without delay and with a new generation of leaders at the helm, as the opposition in the Bundestag.