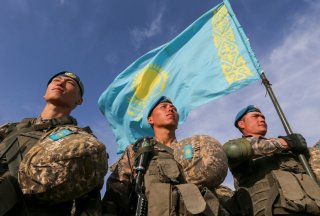 A new era, marked by mass protests and regime changes, is dawning across Central Asia. Nearly half of the workforce in these countries is comprised of the generation born after the fall of the Soviet Union, a generation characterized by a rise in nationalism, ethnic identity, and a greater sense of individual rights.

To promote the Soviet system, the Bolsheviks divided Central Asia into different Soviet Socialist Republics with non-homogeneous ethnic groups. This manipulation of territorial distribution during the Soviet period resulted in ethnic enclaves that became dormant conflicts and are now coming to the surface. As Central Asian countries transition from their post-Soviet leadership, they are vulnerable to protests.

Beginning in January in Kazakhstan, in May in Tajikistan, and now in Uzbekistan, 2022 has been marked by mass protests on a scale not seen in the thirty years since independence. What connects these protests is that they are all challenging autocratic political regimes and asking for a greater voice in government. Lacking any other avenue for civil discourse in a non-democratic system, this new generation of technologically savvy Central Asians utilized social media to bring people to the streets. There were political slogans. In Kazakhstan, “old man, be gone” was used to speak out against the leadership that has ruled Kazakhstan since the 1980s, which the population saw as a system that benefitted the few at the expense of the many. In Uzbekistan, it was “Sovereign Karakalpakstan,” as the people protested against a suggested Constitutional change, which would have ended the semi-autonomous status the region has enjoyed since its independence. Protesters gathered in town squares and stormed government and administrative buildings, exacerbated by a lack of action by the governments to address their grievances.

All three countries’ leadership characterized the protests as perpetrated from the outside or as terrorist actions aimed at changing the existing constitutional order. There were rapid responses to protests from governments in the form of total shutdowns of the internet and telecommunications. In some cases, the government responded with the excessive and indiscriminate use of violence against protesters. While there are similarities in the protests, the responses of Presidents Tokayev of Kazakhstan, Rahmon of Tajikistan, and Mirziyoyev of Uzbekistan have had important differences, which may foreshadow whether the countries have greater stability or unrest in their future.

In Kazakhstan, President Tokayev’s reaction can be viewed as a failure of leadership. In early January, the doubling of the price of liquified petroleum gas sparked protests in the west of Kazakhstan, which spread across the country within days. President Kassym-Jomart Tokayev, the hand-picked successor of longtime Kazakh ruler Nursultan Nazarbayev, declined to travel to the region and address the price of fuel in the days before the protests spread. Then, he panicked and went on television to repeat a “shoot to kill without warning” order that resulted in the deaths of 232 citizens. He went on to claim that negotiations with protesters are “nonsense.” “What kind of negotiations can there be with criminals, murderers?” he added. This resulted in approximately 9,000 detentions and six deaths by torture, according to the government’s own numbers, leading to international condemnation. He invited Russian troops into Kazakhstan under the banner of the Collective Security Treaty Organization. Leaning on Russian leader Vladimir Putin, Tokayev used the crisis to remove rivals and ensure the survival of his leadership.

President Tokayev has made conflicting comments about the January events, at one point describing them as an attempted coup, an operation from a neighboring state, or the act of a terrorist organization of 20,000 that was so professional it “managed to cover very important traces.” He has dismissed calls for any international investigation of “Bloody January,” though there is yet to be any justification of the government’s use of excessive force. The former head of the National Security Committee, Karim Massimov, a strong player and a representative of the Uighur community, an ethnic minority in Kazakhstan, was detained prior to the government’s crackdown. He was accused of trumped-up charges of high treason and chosen as the scapegoat.

In an effort to shift the focus both in Kazakhstan and internationally and to address the protest of “old man, be gone,” Kazakhstan rushed through its largest package of constitutional amendments since 1995 without general debate or awareness among the population. The constitutional referendum on June 5 was an attempt to deceive the population through quasi-political reforms, which are intended not to dismantle the super-presidential hierarchy but to disqualify Tokayev’s political opponents ahead of the next election.

In the West, the breakup of the Soviet Union is remembered, thankfully, as a peaceful event. In Tajikistan, it resulted in a five-year civil war, causing between 20,000 and 100,000 deaths and ending in a Russian-mediated peace negotiation in 1997, followed by a joint United Nations-Organization for Security and Co-operation in Europe election mission in 1999, in which I participated in Khujand and Dushanbe. Tajikistan is the poorest Central Asian republic, and the Gorno-Badakhshan Autonomous Province (GBAO) received only $29 million in government money in 2021. The GBAO is otherwise widely supported by the Aga Khan Development Network, which invested $16.8 million into various programs in 2020. The region is vulnerable to instability, as it is cut off from the capital city of Dushanbe and much of the rest of the country by the Pamir mountains and is located near the opium trade in neighboring Afghanistan.

In Khorugh, the capital of the GBAO, the extradition and prosecution of two Pamiri civil activists from Russia led to mass protests in mid-May. Security forces responded by shooting into crowds from helicopters, throwing their bodies into the Panj river, and further isolating the autonomous region from the rest of the world.

In Tajikistan's Fergana valley, which is populated with 3.4 million inhabitants, ongoing cross-border tension between Tajikistan and the Kyrgyz Republic has flared up, resulting in mortar exchanges in the spring of 2021, which caused forty-five deaths and broke out again in June of this year.

In Uzbekistan, protests erupted on July 2 in Nukus, the capital of Karakalpakstan, a vast, sparsely populated semi-autonomous region. Rather than panicking and escalating the indiscriminate use of force, as happened in January in Kazakhstan and seventeen years ago in Andijan, Uzbekistan, President Mirziyoyev traveled to the region to address protesters’ concerns. In 2005, former Uzbek president Islam Karimov brutally suppressed protests in the Fergana Valley, resulting in many deaths.

Karakalpakstan was part of Kazakhstan until 1924, when authorities made it part of the Uzbek Soviet Socialist Republic. Within the population of 1.8 million, 60 percent of the region’s residents are non-Uzbek, 29 percent of which are Kazakh. Ethnically, the Karakalpak group is closer to its Kazakh neighbor than Uzbekistan. Uzbekistan is known in Central Asia for having the largest, most ethnically homogenous population. Hence, the protests sparked in July demonstrate the tension around the legal status of Karakalpakstan.

While President Mirziyoyev’s actions to date can be criticized, they stand in contrast to the excessive use of force perpetrated by President Tokayev and Uzbekistan’s previous repressive leader, Islam Karimov. There is reason to hold out hope that Mirziyoyev’s actions going forward will address legitimate concerns and reward the confidence placed in him by the Economist when it named Uzbekistan its "country of the year" in 2019.

With Russia’s unprovoked invasion of Ukraine, Western sanctions on Russia, the global effects of the coronavirus, and the economic slowdown in neighboring China, demands from the people of Central Asia on their governments will only increase. How the leaders confront these challenges will either lead to reform or more unrest and violence.

David A. Merkel is an associate fellow for geoeconomics and strategy with the International Institute for Strategic Studies. He served as deputy assistant secretary for European and Eurasian affairs at the US Department of State, and at the National Security Council as director for South and Central Asia.